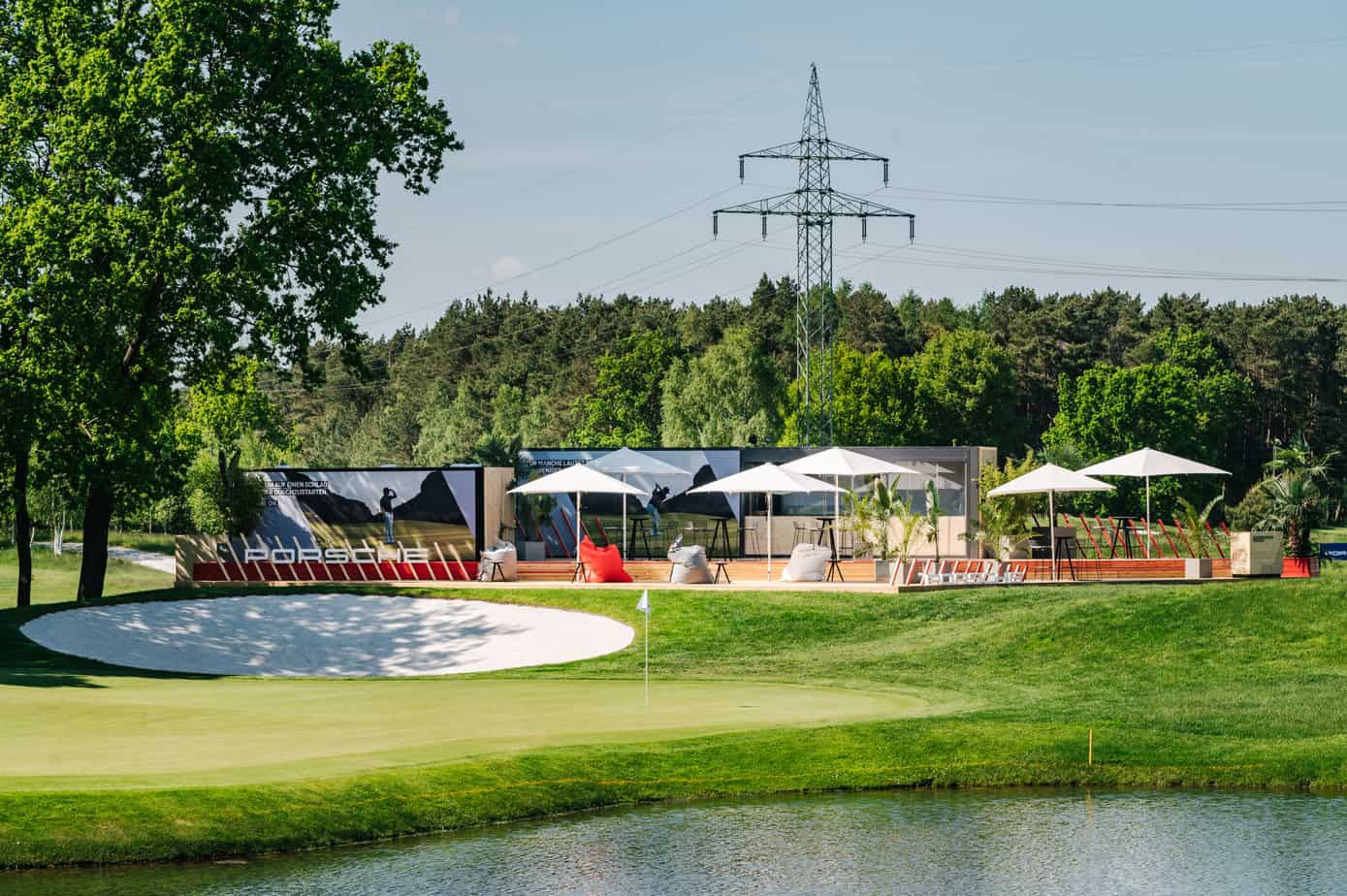 How is the issue of sustainability at the Porsche European Open ? With more and more talk about the CO₂ footprint of major sporting events, this was an opportunity for Golf Sustainable to take a look at the process on site.

Basically, the following applies to golf: The topic of “sustainability of a professional tournament” is still in its infancy. The R&A, as the organizer of The Open, is considered a pioneer in Europe, the Waste Management Open in Arizona dominates the PGA Tour in the USA. On the women’s LPGA Tour, a stocktaking took place in the past few years, on the Ladies European Tour the activities are almost zero. No specific sustainability concept was presented at the Porsche European Open, and the topic was not addressed either on the website or in any of the media releases for the tournament.

The mobility factor is considered the biggest stumbling block in the sustainability debate in golf. The 2019 Aberdeen Standard Investment Ladies Scottish Open in Scotland, like the Waste Management Open 2022, have offset the carbon footprint of players and caddies. That is not the case at the Porsche European Open.
Like many other golf courses, the Green Eagle Golf Course is far from a city center. This requires a high level of transfer logistics for players, caddies, coaches, officials, business people, media representatives and staff and spectators during the four-day event. Some of the participants, who were staying at the Hamburg players’ hotel just under 40 kilometers away, were each taken to the tournament venue in one of the 30 Porsche shuttle vehicles , all of which were electrified. According to the name sponsor, 24 Taycan sports cars were fully electric and the other six vehicles were e-hybrid versions of the Cayenne model.

Players who were not staying in Hamburg, but in Lüneburg, around 20 kilometers away, had to choose to travel from there themselves, like some caddies, business people, media representatives and employees. Either with your own vehicle, by taxi or by public transport. A shuttle bus was set up from the train station in Winsen (Luhe). This (non-electrified) regular bus drove to the golf course about five kilometres away every hour, otherwise there was no official bus stop within walking distance (the next stop was just under two kilometres away). Apart from the unfavourable connection timing of the shuttle bus, which meant increasingly long waiting times for spectators arriving by train from the south, use in the test on the first day of the tournament went almost smoothly.

A large part of the plastic waste generated at such major events is often packaging, crockery and cutlery for food and drinks. At the British Open, players began to switch completely from plastic bottles to refillable bottles as early as 2019. That was not the case at the Hamburg tournament. At the Porsche European Open, the players were provided with drinks from a sponsor in a reusable plastic bottle during their round, which could be disposed of in blue cardboard bins (separately from other packaging) before and after each lane. The beverage packaging varied for spectators and employees. While in the public area around the exhibitors and gastronomy, both returnable plastic bottles and one-way returnable bottles made their way over the counters of the sales stands, glass containers predominated in the VIP lounge next to lane 18, apart from a few paper cups for hot drinks.

The Porsche Owners’ Garden on lane 17, which is exclusive to Porsche owners and for up to 75 guests, was completely plastic-free in its gastronomic offerings, both for drinks and for crockery and cutlery. Employees and media representatives were catered for with disposable wooden cutlery and disposable plates made from degradable palm leaf material.

The energy supply away from the public area was provided in many places with power generators. When asked about the form of energy, the use of special energy-saving devices and other sustainable projects during the Porsche European Open, the tournament organizer did not provide any information.

The Green Eagle Golf Course itself is also known outside the tournament for its numerous nature projects away from the Porsche European Open. The golf course on the edge of the Lunenburg Heath manages the course close to nature, sustainably and above all with many of their own animals. With 300 chickens, Herford cattle from family breeding, ducks and sheep, the Green Eagle golf course scores points, as well as with the regional products from natural husbandry on the menu of the “Beavers” club restaurant.

E-Mobility Day celebrates its premiere on the golf course