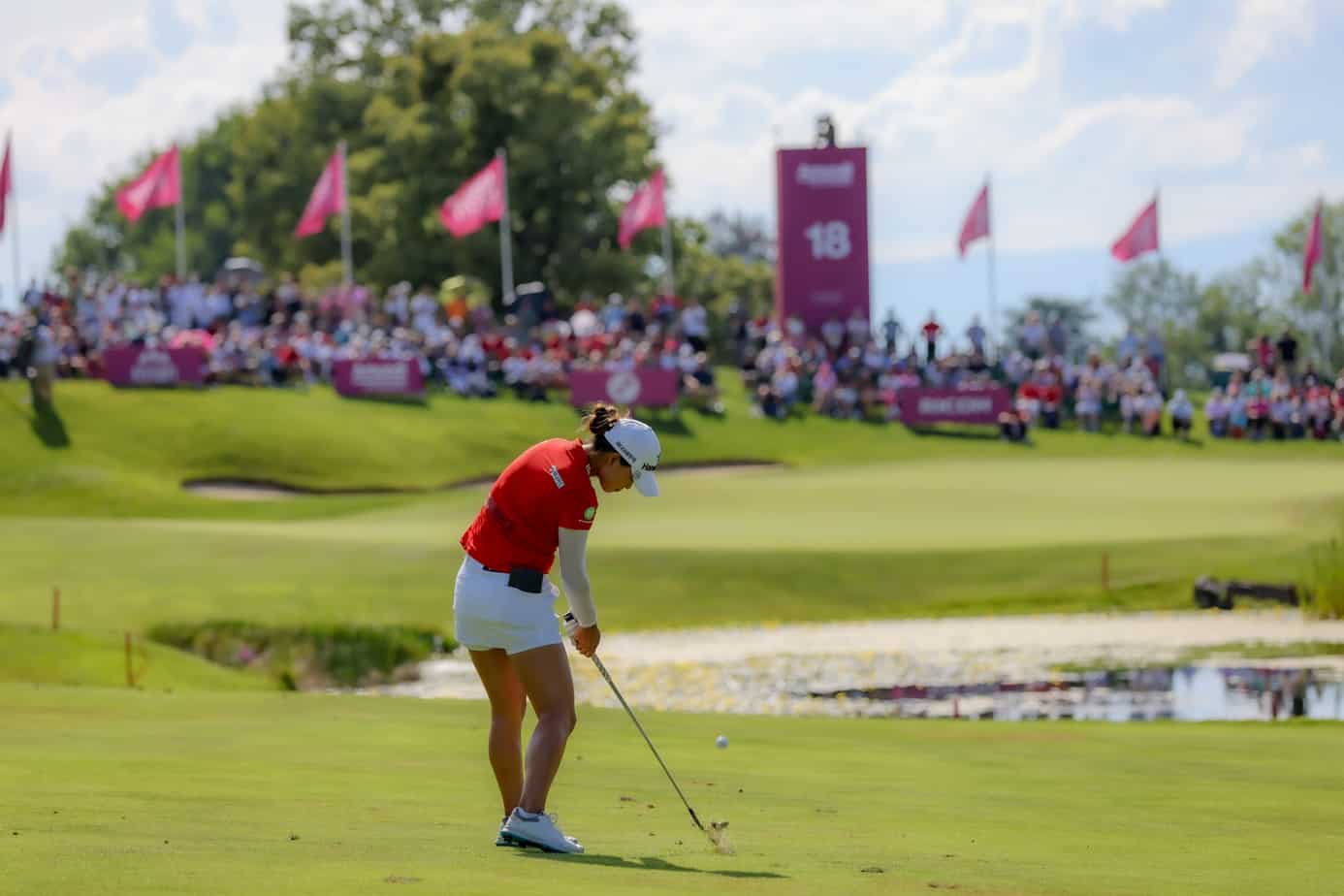 The decision for a venue for the Amundi German Masters has been made. Germany’s women’s tournament is played on the Ladies European Tour on the Trent-Jones-course of the Golf and Country Club Seddiner See near Potsdam, what the CEO Germany of the title sponsor Amundi, Chris Pellis, commented, among other things, with the words: “The facility is first-class in terms of sport and one of the leading facilities in terms of all activities in water, biodiversity and energy. For Amundi, at the forefront of sustainability in financial investing, there couldn’t have been a better choice.”

The topic of sustainability has now also arrived in Germany in the sponsorship of the sport of golf. Internationally, the increasing consideration of sustainability factors when selecting suitable sponsor partners for companies has long been an issue. Nielsen Sports , one of the leading media analysts worldwide, described this in its 2021 report The Changing Value of Sponsorship . Sarah Lamberti, Managing Director of Nielson Sports Southern Europe, explained the trend to The Sustainability Report in March 2021 as follows: “In recent years there has been an increasing demand to support sports where platforms stand for values such as sustainability, diversity or inclusion.”

The commitment of a club or a sport with regard to the topic of sustainability can thus lead to a decisively positive assessment by sponsors. In its report, Nielsen even assumed that the income opportunities for sports clubs are around ten percent higher than for competitors who are not involved in this area.

VFL Wolfsburg can be happy about such statements. The Bundesliga soccer club leads the so-called sustainability ranking of the international agency Sports Positive . This has drawn up tables for both the British Premier League and the Bundesliga, in which factors such as energy balance, waste recycling and plastic avoidance are evaluated. Bayer Leverkusen took last place in the 2021 ranking.

Sponsoring cannot be separated from values. This was recently shown by the separation of Schalke 04 from the Russian energy company Gazprom as the main sponsor of the club. But the discussion about the dubiousness of sponsoring the Olympic Winter Games in Beijing, which also affected the German insurance group Allianz, proves that sponsoring must be compatible with public opinion and common values.

The Sweat not Oil research, published in March 2021 by UK non-profit organizations We are possible and Rapid Transition Alliance, addressed the issue of future sports sponsorships in the context of climate change. The question was asked – for some ears this may be a very provocative question – for how long sport would like to continue to be able to afford companies that are considered CO₂ sinners as main sponsors.
A precise list of the sports and the companies most involved in each case, which are responsible for particularly high CO₂ emissions, including numerous energy and car companies as well as airlines, was also included at this point.

In golf, the report listed car companies BMW and Lexus, airline Emirates, chemical company Dow and beverage and food company Pepsico as the largest sponsors with a negative carbon background. An interesting question is raised by the authors around Andrew Simms, co-director of the British New Weather Institute: Will CO₂ sinners as sports sponsors be tolerated just as little as the tobacco industry in the future?

“Sport has historically depended heavily on tobacco sponsorship until the importance of public health overcame self-interest and largely ended the practice. In 1990, more than 20 different televised sports were sponsored by cigarette brands in the United States alone, and a single tobacco company, RJ Reynolds, admitted to sponsoring 2,736 different sporting events in a year in 1994,” according to the report.

Golf has always been part of tobacco sponsorship, for example in Europe the Benson & Hedges International Open has been held since 1976 before ending in 2003. Cigarette names are now taboo at golf tournaments.

The question of whether the topic of climate change could have a similar impact on sports sponsorship is interesting. The answer to this is currently open. The fact is, however, that sustainability issues are also becoming an increasingly important topic in golf. The Waste Management Phoenix Open on the PGA Tour is a prime example of this. In Germany, the topic will now also play a role in the Amundi German Masters .