At first glance, the burial mound at track 3 is a rather inconspicuous, albeit large pile of grass and undergrowth. There are plenty of hills like this in the area between Wenningstedt and Braderup in northern Germany on the island of Sylt. During the Second World War, one of them was used as a direction finding station, for example. The golfer registers the strange mounds without really knowing what lies beneath. Four of these cultural monuments can be found on the grounds of the Sylt Golf Club .

Removing or even moving away is not an option. In fact, the hill formations are burial mounds from the Bronze and Viking Age, of which a total of 530 are known on the island of Sylt. There are also 50 megalithic tombs from the Neolithic period. On the North Sea island, the association Sölring Foriining takes care of the topic. 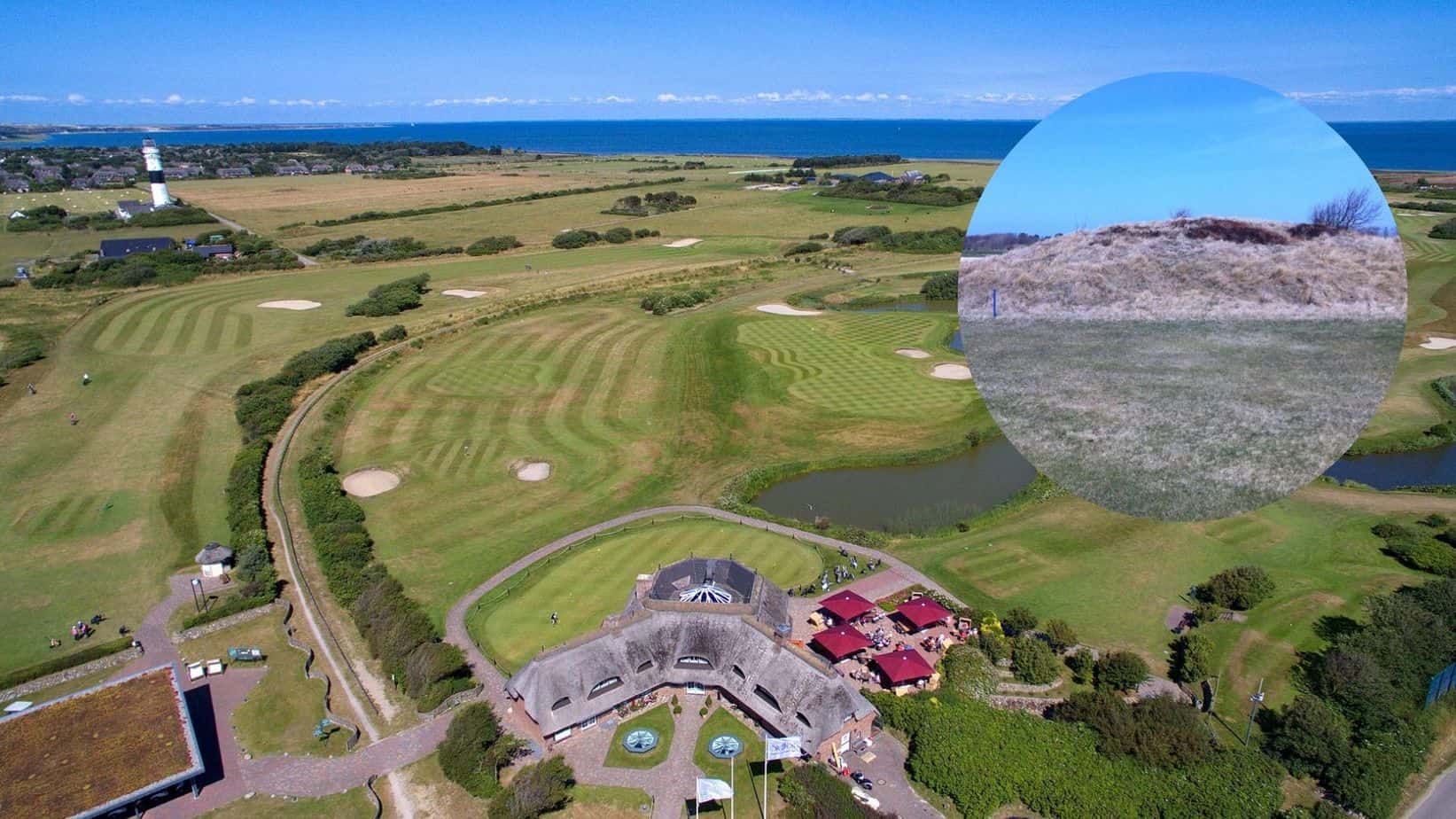 Part of an archaeological educational trail

The Sylt Golf Club is planning to provide the dolmens with information signs in the future, so that golfers can also be informed about their historical significance. An archaeological educational trail on Sylt already exists under the term Hünen.kul Tour, where hikers and cyclists are explained the prehistory and early history of the island within three tours with a total of 38 information boards.

Almost all grave mounds have names that often have their origin in the Sylt world of legends. In these, the tombs play an essential role, because the meaning of the mound as a tomb was not clear when they were created. The Raisihoog, for example, located at the end of track 3, is associated with the legend of the dwarf king Finn, who is said to have lived in the hill. Otherwise there are Lünghoog, Buatskenhoog and Tilderinghoog on the golf course.

In fact, according to the list of monuments in which it was entered in 1971, Raisihoog, for example, is a “particularly well-preserved example of a burial site that spans several eras. Whether as part of a necropolis in the form of a group of hills or as a singular hill, it is a rich soil archive and has a lasting impact on the surrounding landscape and is therefore worthy of protection and preservation.”

More information for the golfers

For greenkeeper Thomas Schweikert, this means that although the burial mound does not have to be maintained on an ongoing basis, it does have to be cleared of bushes and too many plants from time to time. Removing parts of the hill is not allowed. Rather, it is about ensuring that golfers also recognize the historical value of the burial sites in which the deceased were buried in stone boxes or tree coffins during the Bronze Age. Later, urns were also buried in the mounds.

There should be detailed knowledge of the four dolmens in the case of the GC Sylt, even if the ongoing renovation work on the golf course has been completed. Until then, one or the other golfer should continue to wonder about the strangely misshapen hills, which have nothing to do with the usual dunes on the island. After all, a cultural monument on golf courses is not the norm.

Now the mole really gets going