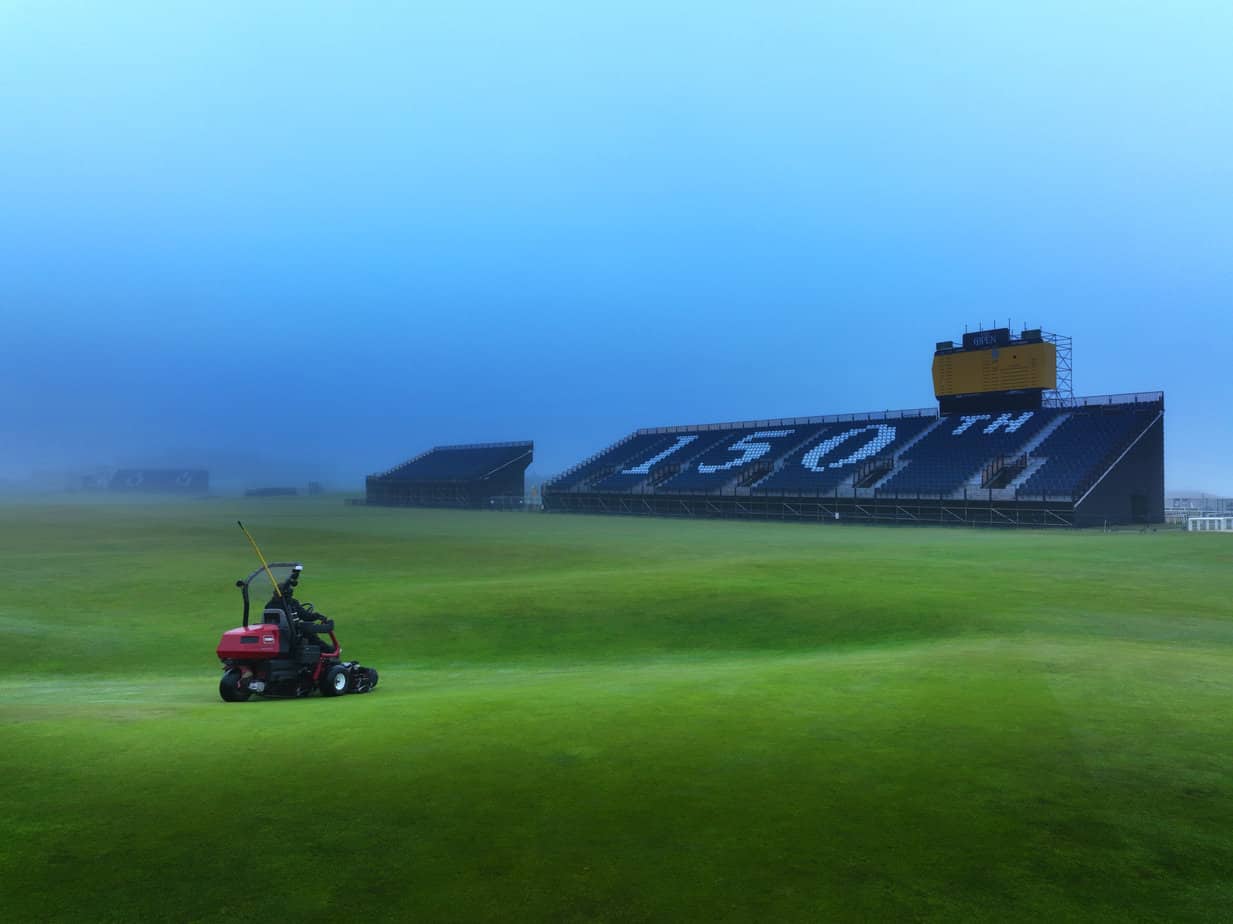 The R&A, as organizer of the Open Championship, has already learned over the course of the week how quickly all attempts to make a meeting more CO₂-friendly can be torpedoed. With Scottish Rail staff currently on strike and not working overtime, many train services to St Andrews have had to be cancelled. The R&A therefore sent out a press release at the beginning of the week explicitly calling for people to drive because they feared chaos at the track stations. In this respect, the attempt to make the issue of mobility at the only major tournament for men more environmentally friendly has failed in the face of reality. 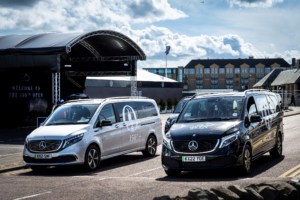 Regardless of this, however, the R&A’s so-called GreenLinks program is picking up speed overall. After launching the project for a more sustainable hosting of the tournament in 2016, more points have been implemented this year:
– For the first time, the greens of the Old Course will be mowed exclusively with electric and hybrid mowers powered exclusively by electricity from renewable sources.
– The problem of energy supply, which could not be solved at Royal Portrush due to logistical problems, has now been solved: The energy for the Open is generated via biodiesel or solar panels.
– The ban on plastic in the catering sector has become a reality. Whether in the spectator or press area, people only eat from porcelain and with cutlery made from recycled materials. However, this is also a requirement of the Scottish Government, which must generally be implemented at events. In general, however, large plastic bottles for decanting beverages into glasses ec are no longer used at the Open in the catering sector .
– Up to 70 percent of all products used in catering come from within 150 miles of St. Andrews. Meat and eggs must comply with the provisions of the RSPCA guidelines for animal welfare. 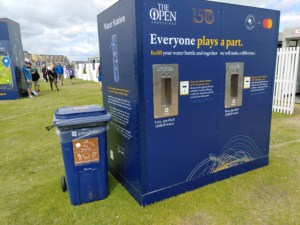 – Mercedes-Benz has converted part of the car fleet responsible for transporting players, VIPs and staff to e-vehicles, which are also refueled on site. Here, too, the electricity comes from renewable sources.
– After the water initiative has been running since 2016, additional refill stations for water have now been installed on the event site. Donations are also collected here for the Priceless Planet Coalition. The goal is to raise enough money over the course of the Open to plant 20,000 trees at certified projects.
One thing is certain: The trash cans overflowing with bottles at every corner, which were always standard at the Open, fortunately no longer exist. Instead, the majority of spectators are on the road with their own bottles and refill them at the countless water stations.