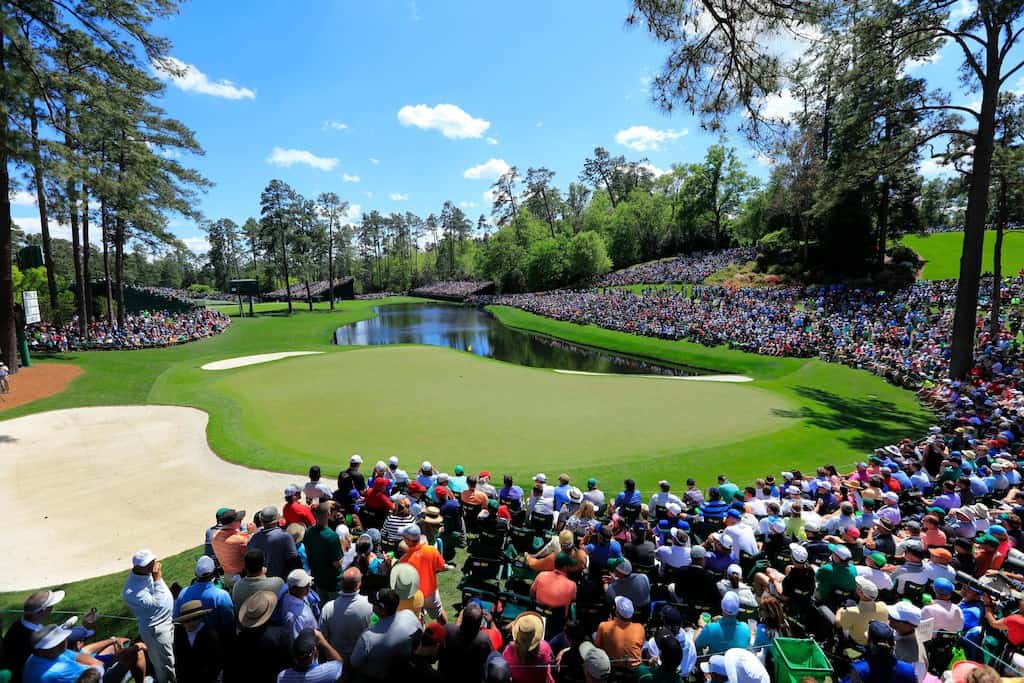 For decades, the gold standard in course maintenance had a name: Augusta National. Blades of grass lined up in the deepest green. Fairways, cross-mowed several times in such a way that blades of grass protrude against the direction of play. A playground of exclusivity, almost unreal to look at with the blooming azaleas, the deep blue water, not a leaf of foliage on the ground.

The Masters picture is not suitable for reality

The only thing is: The gold standard is no longer up to date, but above all, it is no longer suitable as a model for thousands upon thousands of golf courses that are struggling with other problems. High diesel prices, water limits, ban on pesticides. And: The call for sustainable major events in sport is vast. Climate neutrality is becoming the dominant topic.

The United States Golf Association has signed the “ United Nations Sports for Climate Action Initiative ”, but there are still no indications of sustainability measures for the implementation of the US Open this year. Augusta National pushed aside this week’s request about sustainability efforts of the tournament unanswered. As always, when there are questions that are a little uncomfortable. After all, at the Players Championship, a panel discussion was held in the clubhouse on the subject of “ Championing Change ” with scientists specializing in oceanography and biology. There are no communicated projects for the PGA Championship in Oak Hill, Oklahoma in May. Only the Open in St. Andrews continues to work with the R&A on avoiding plastic and reducing fossil fuels.

In short: Unlike in football , for example, where the topic of CO₂ neutrality is now a big topic, the organizers of major tournaments in golf are largely not up to date. The opportunity to familiarize millions of spectators and golf fans with a topic that will accompany golf in the future is gone. To give just one example, the SubAir system beneath Augusta National greens, which keeps the ground at the perfect temperature, has amazed golfers since its introduction. Should Augusta National convert its energy budget completely to regenerative energies, this would cause a sensation in the international golf scene and find imitators.

Augusta National has historically always been a trendsetter

On the other hand: With the US Masters, the Augusta National Golf Club has always been the pioneer in terms of technology in golf, regardless of whether it’s about scoring, TV broadcasts or WiFi in the press centre. The tournament, which often looks so traditional and slightly outdated on the outside, is, in fact a perfectly data-driven machine. So trends and progress are in good hands here.

And so the hope remains that the Augusta National Golf Club will announce out of nowhere in April 2023 that the tournament has become climate neutral. At no time another shopping centre on Washington Road was bought over the winter, scrapped and the parking lot equipped with solar panels. Suddenly there are heat pumps between the bushes in front of the clubhouse and next to the Mercedes fleet for the players in the parking lot there is a vehicle with containers that compacts the garbage. The green plastic cups have been replaced with glass cups, and alongside the Drive Chip and Putt program, Augusta National has installed the Green Masters initiative. The president of the club with the best carbon footprint in the USA will also receive a unique green jacket.

All completely disturbed ideas? Maybe. But the view of the deep green fairways of the Augusta National Golf Club has always inspired dreams of a better world of golf. Only the dreams have changed.