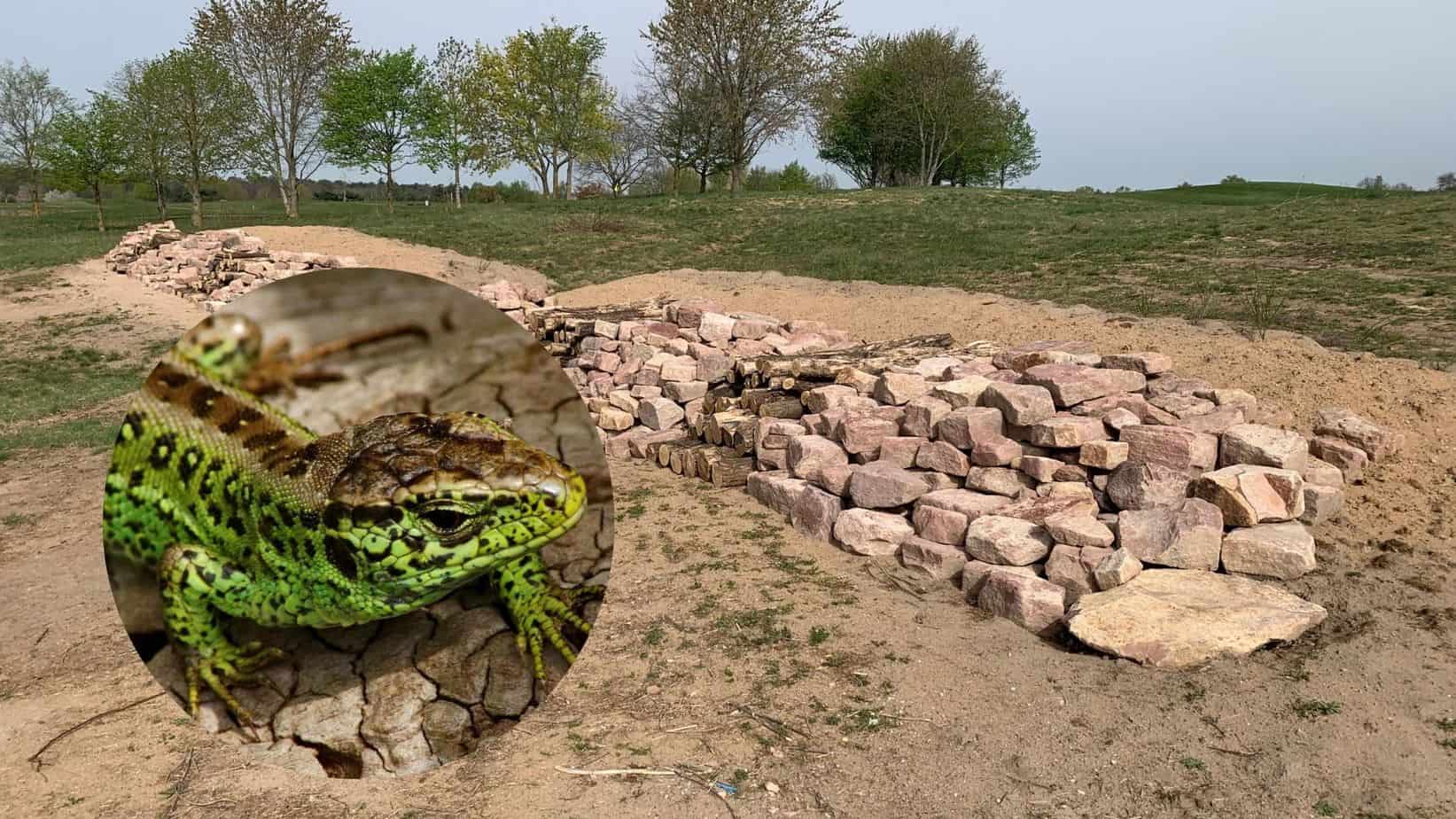 Lizard biotope as a habitat on the golf course

The color variety of lizards fascinates. Anyone who has ever seen the bright green flanks of a sand lizard up close can hardly understand why the reptiles are often so difficult to spot in their natural habitats. The fact is, however, that reptiles are adaptable artists, often blending in perfectly with their surroundings and, on top of that, they are quick and quiet. The actually undemanding sand lizard is on the early warning list of the red list of threatened and endangered species in Germany.

At the German GC St. Leon-Rot, strictly speaking near holes 10 and 11 of the St. Leon course, a new habitat for the endangered reptiles has now emerged. Greenkeeper Karsten List, who is responsible for all nature and environmental protection projects on the golf course, and his colleagues have built a large retreat for lizards, a good 20 meters long in total.

The best thing about it: According to Karsten List, no new material was bought for the creation of the biotope, only existing materials were used. “We used red sandstone from a demolition area in the area, which is typical here in the Neckar area. There is also acacia wood that we had left over from building our bird of prey perches. The ground was excavated to a depth of 50 to 80 centimetres. Here we filled in bunker sand that we just had left over from a bunker conversion so that it warms up in the sun. On the back, the system was then adjusted to the slope with sand, and we will plant gorse so that the lizards can’t be spotted easily.”

List is now an expert when it comes to designing living spaces on the golf course. Regardless of whether it’s a hornet box, a pile of dead wood or a stork’s nest, the greenkeeper always carefully considers the optimal design of the construction before construction begins. “In this case, there was extensive reporting by NABU on a large lizard biotope in the Ulm area, which is what we used as a guide here.” The construction was quite a small feat that took three men about three working days.

Resettlement from the neighborhood

Now the lizard burrow just needs to be populated. It is also not an uncomplicated matter, because lizards cannot easily switch between different climate, soil and crop conditions. Karsten List has considered relocating sand lizards that are endangered by construction work by a neighboring company. In St. Leon-Rot they could now find a new habitat between lanes 10 and 11.