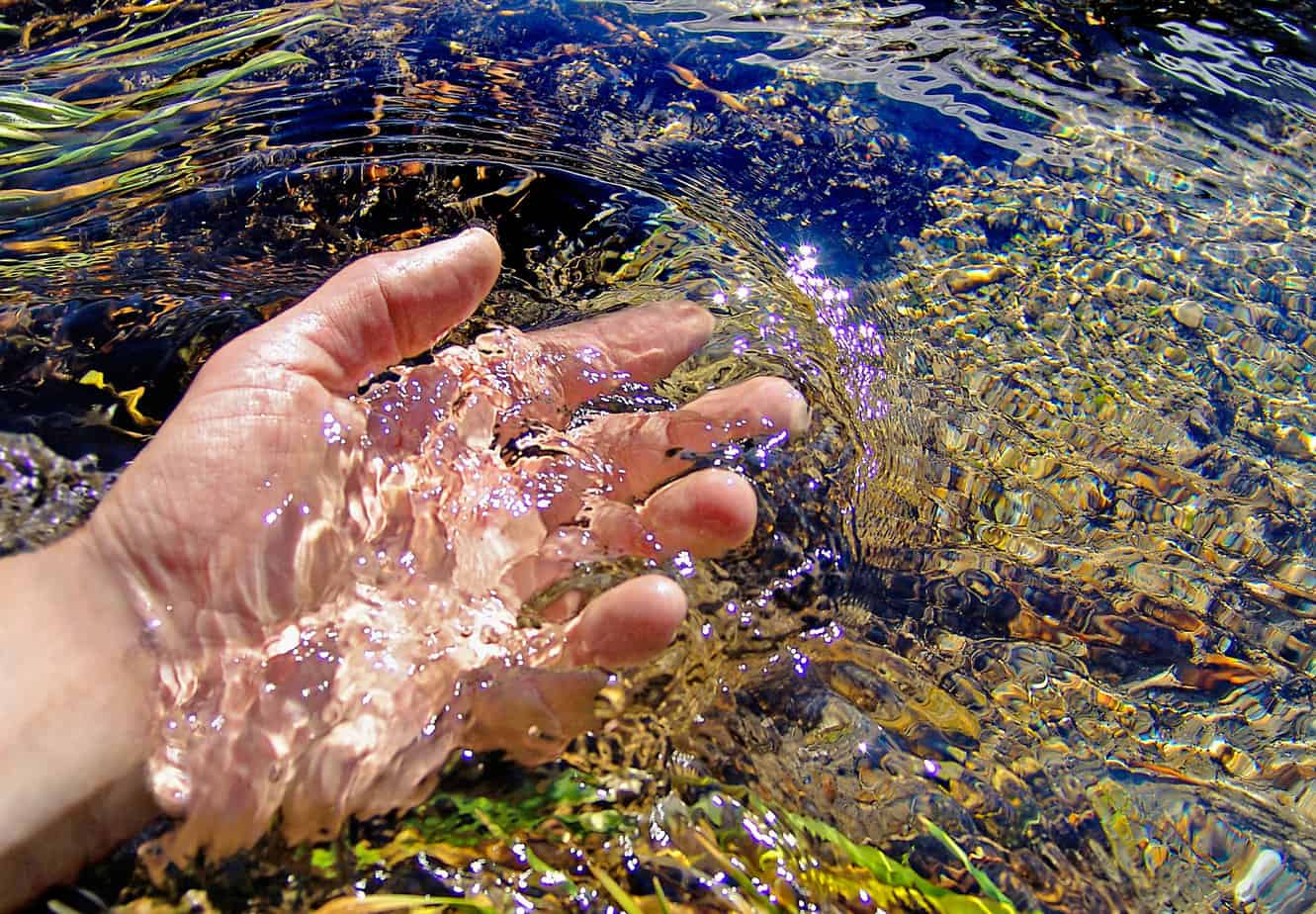 On International River Day, the spotlight falls on rivers and creeks that often pass through the landscape constricted between dams. Renaturalizations help return straightened rivers to a natural pattern of movement. This also applies to golf courses, whose landscape is often characterized by small streams or river branches. Again, renaturalized waterways not only look better, they are also helpful in the event of flooding. And: As a habitat for fauna and flora, a renaturalized river is often superior to a straightened watercourse.

The Drusel River in Germany, for example, which can be easily seen today from the clubhouse terrace of the GC Kassel-Wilhelmshöhe, was piped underground for a long time before the golf club decided to uncover it again.

The natural course was restored, the riparian area was planted with suitable flowering and green plants and stones were fixed. Perennials protect against erosion, the numerous plants also provide a habitat for insects. 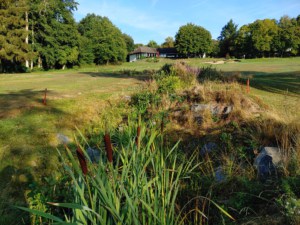 How much such a renaturalized water body contributes to the revitalization of fauna & flora was shown by a large-scale mapping at the GC St. Leon-Rot a year ago. Here, among other things, the biodiversity in the renaturalized Kraichbach was examined, which was freed from its “straitjacket”, the high earth dams, and now flows in a near-natural streambed. Scientifically, the stream at this location is now referred to as “flowing water with floating aquatic vegetation.”

In fact, the creek not only serves as a habitat for endangered fish and dragonfly species such as the bullhead and the banded damselfly. The breeding storks also look for part of their food here and, like birds, grass snakes and amphibians, use the Kraichbach as a hunting ground.

At first glance, many a golfer may judge such renaturation from a visual point of view: The curved waters, in which the ball usually disappears never to be seen again between the plants, are indeed pretty to look at.

In addition, however, in many cases they also contribute to flood protection. At GC Wulfsmühle, for example, an 18-hole course in the Schleswig-Holstein Golf Association, part of the small Pinnau River, a tributary of the Elbe, was renaturalized in 2002. During floods, the Pinnau River can now expand into a floodplain of over ten acres, taking flood pressure off other areas. Outside of the flood season, high quality wet meadows lie here and golfers never enter them.

By the way, the production of ecologically healthy waters is stipulated within the framework of an EU regulation. The so-called Water Framework Directive from 2000 stipulates that the countries within the European Union are required to ensure a “good ecological status” of their flowing waters. Golf courses contribute to this to a considerable extent, because planting along the edges also increases the self-purification capacity of water bodies.

Cleaning with the mowing boat

At the same time, the creeks and streams also provide the necessary water supply for the sprinkling of greens and tees. In view of the extreme drought in the summer of 2022, this extraction has been heavily regulated or even banned in some regions of Germany.

The contribution of golf courses to the necessary continuity of water bodies is sometimes underestimated. In the course of time, small bushes, reeds and other plants settle in the riverbeds. Once a year, the flowing waters must then be de-bushed and cleared either by the greenkeeping team or by an external company – a relatively time-consuming but necessary job. At the St. Leon-Rot GC, a so-called mowing boat is even used on the Kraichbach for this purpose. At first glance, the good piece looks a little strange. But in fact, it does the mowing work in the stream efficiently and quickly.

Whether Kraichbach, Drusel or Pinnau in Germany – such actions are important for all of them so that they can continue to exist as ecologically valuable habitats in the long term.

Golf courses give bees a chance