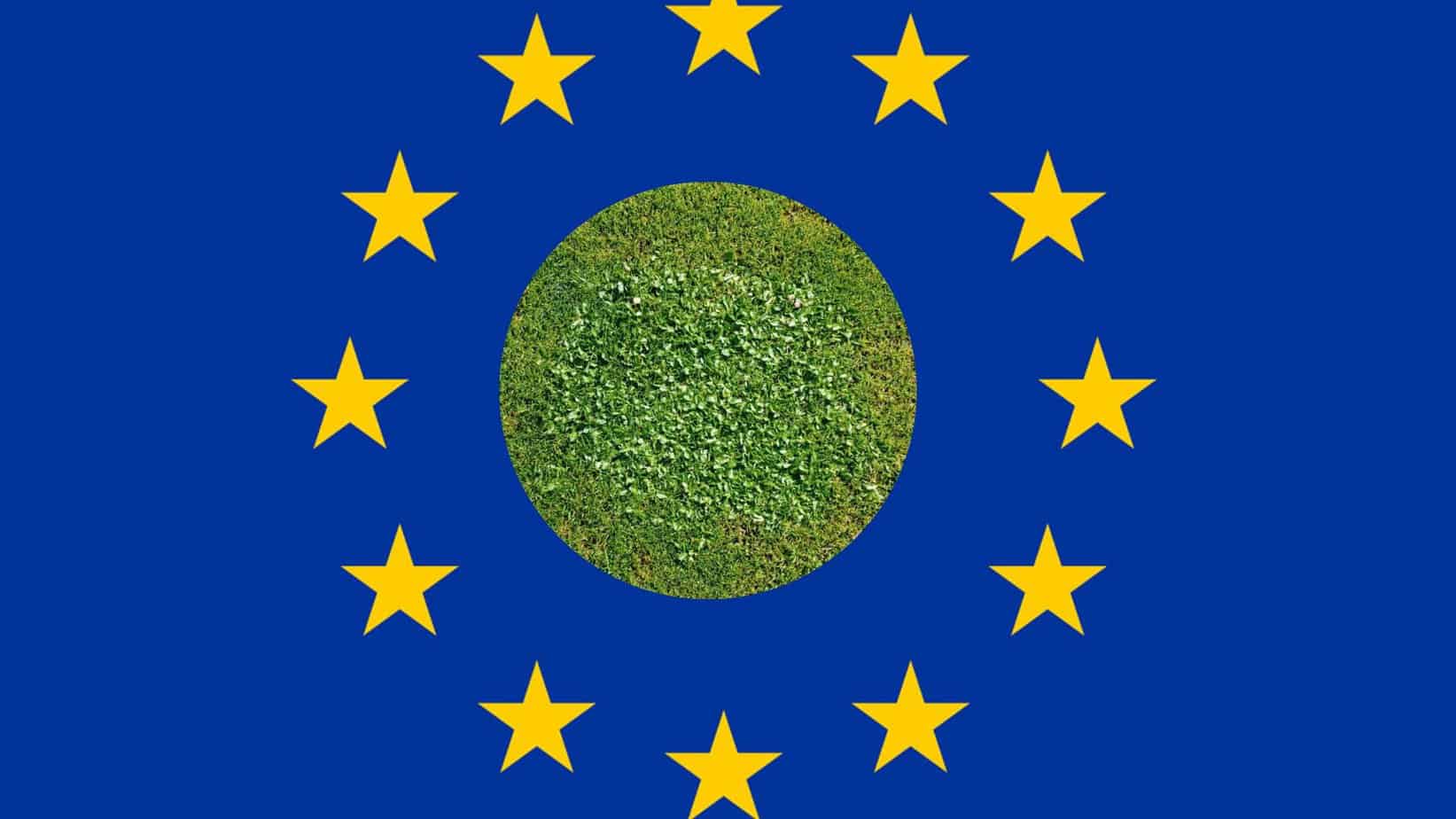 It’s getting serious. Or at least complicated. Europe’s golfers may have to adjust to poorer quality on their courses, as well as higher greenkeeping costs. The background: In June, the EU presented a proposal to reduce the use and risk of pesticides, which will also apply to golf courses from 2024. The content of the proposal is the complete ban of pesticides in sensitive areas, which should include public parks, gardens, playgrounds, public paths and even golf courses. Since then, there has been rumblings in the golf scene.

Closing of ranks of the associations

In this context, the statements of experts, federation chairmen and greenkeepers are similar above all in one point: “At the moment, the European golf sector does not have all the non-chemical solutions at hand to meet the challenges posed to the sport by a complete ban,” state the European Golf Association and the R&A in a joint statement to the EU Commissioner Stella Kyriakides for Health and Food Safety.

For years reduction of chemistry

What does this mean in practice and on the golf course? Should a complete EU pesticide ban come into effect, greenkeepers would, for example, have to avoid fungal diseases on greens or fairways, larvae or beetles in the fairways either by systematic preparatory work as far as possible or combat them without any pesticide use. Already now, according to the argumentation of the Europe-wide umbrella organization of greenkeepers FEGGA, pesticides are only used in a very targeted, infrequent and dosed manner. “Since 2009, golf has been one of the pioneers in an environmentally responsible approach,” notes Dean Cleaver as Secretary General.

What to do with black sheep?

Nevertheless, within the golf scene one struggles with a problem that is also known from other areas of the European Union: On the one hand, there are countries like the Netherlands, which are located in a so-called Green Deal have agreed to an almost complete ban on pesticides, or for example Denmark, which uses digital systems to closely control, regulate and reduce pesticide use annually. On the other hand, there are also states that apparently do not take pesticide use very seriously. Behind closed doors and with the hint not to be quoted, one hears from greenkeepers in leading positions that pesticides can be bought in the Czech Republic or Hungary at any time without any problems, for example to be used on heavily polluted sites in tourist regions.

How is it controlled?

In fact, there are golf regions such as Spain that depend heavily on the tourism industry and therefore emphasize the need for high quality care in the golf segment. Penalty payments are apparently accepted here in part in order to stay ahead in the competition for green fee players. Checks are carried out with varying frequency by the state in the EU countries, and the penalties vary in severity. Place closures are not known. But simplistically, in the end it is also a question of whether golf courses that are not on an environmentally friendly path want to pay a fine of 1,000 euros or 50,000 euros. Here, the pain thresholds are just different.

If the appeals of the various golf associations are successful and the “flexibility in the application of pesticides” is achieved, as demanded by the EGA and R&A, the restrictions will nevertheless grow in the long run and the challenges will become greater: “We are talking about a situation in which we are simultaneously struggling with labor shortages among greenkeepers and higher prices for products,” Dean Cleaver points out.

Information of the golfers crucial

The Dane Torben Kastrup Petersen, responsible for agronomy in the Danish association, can give a first-hand account of the consequences of working entirely without pesticides. Ten percent of all Danish golf courses are already pesticide-free. Based on surveys, the Danish association has clarified the satisfaction of golfers with the course quality. “We’ve invested massively in greenkeeper education, turfgrass research and golfer information,” he notes. “Basically, we saw an increase in weeds on the courses. Still, the majority of golfers were not unhappy. Only the better players tend to complain about the lower quality.” In general, however, the Danes say they are relatively well prepared for new EU rules.

“It would be important to invest massively in turf research now and to achieve a change of mindset among golfers,” sums up Andreas Leutgeb as president of the Austrian Greenkeeper Association. In Austria one has to do both with strongly touristic regions, at the same time however also areas, in which the effects of the climatic change become ever more massive. “If there’s a heavy rain first and then the sun hits the wet turf in 35-degree heat, the disease pressure is just high,” he brings up an example. “The work is clearly becoming more difficult,” Leutgeb is certain.

Andreas Matzner, superintendent at GC Starnberg near Munich, who advises various golf courses and has been working largely without pesticide use for years, knows just how difficult. “The fact is that the pesticide use and reliance on industry that we had 20 years ago is thankfully no longer an issue today.” He notes that more and more young greenkeepers are also looking at sustainable greenkeeping. “On golf courses, you have to be prepared for years of a constant reseeding program with robust grasses to reduce the amount of POA annua on the greens and disease pressure,” he notes. A greenkeeper can counteract a sharp decline in quality if he systematically manages a program individually tailored to his course over a period of years and has the necessary knowledge. “Then a good quality standard is still feasible,” he explains.

His colleague Jan Andreas, a superintendent who studied in Canada and is responsible for Germany’s top facility, Frankfurt GC also refers to “a whole lot of little things that have to fit together. You have to have water, the drainage must fit, top dressing is important, wind movement is necessary, and so on. Actually, you have to look ahead to avoid any problem and get to the root of the problems when they arise, instead of solving them in the short term.” That’s why members at the Frankfurt GC also cut out daisies by hand in a campaign this year.

When the European golfs in Dubai

However, comparison with Gulf countries outside the EU is becoming increasingly difficult. In the United Arab Emirates, Asia or the USA, complete pesticide bans are not yet an issue. The three British golf associations , England Golf, Scottish Golf and Wales Golf, however, have backed the position of the EGA and R&A, stressing. “All three associations support and provide information on reducing, minimizing and ultimately transitioning to natural options or completely eliminating pesticides, which their sustainability plans document,” the statement said. Nevertheless, they too see the risks that an immediate pesticide ban will bring according to the EGA: fewer golfers, loss of jobs, closure of golf courses, and health risks from less golf are cited.

What effect these arguments have on the EU remains to be seen. Lobbying in the EU Parliament has long since begun to bring about a softening of the pesticide ban. But this does not change the fact that the tasks of the golf scene are immense: Turf research, better greenkeeper education, and informing golfers are issues that are acute. The golfer himself will have to get more used to the sight of daisies, clover or dandelions on the fairways in the coming years.