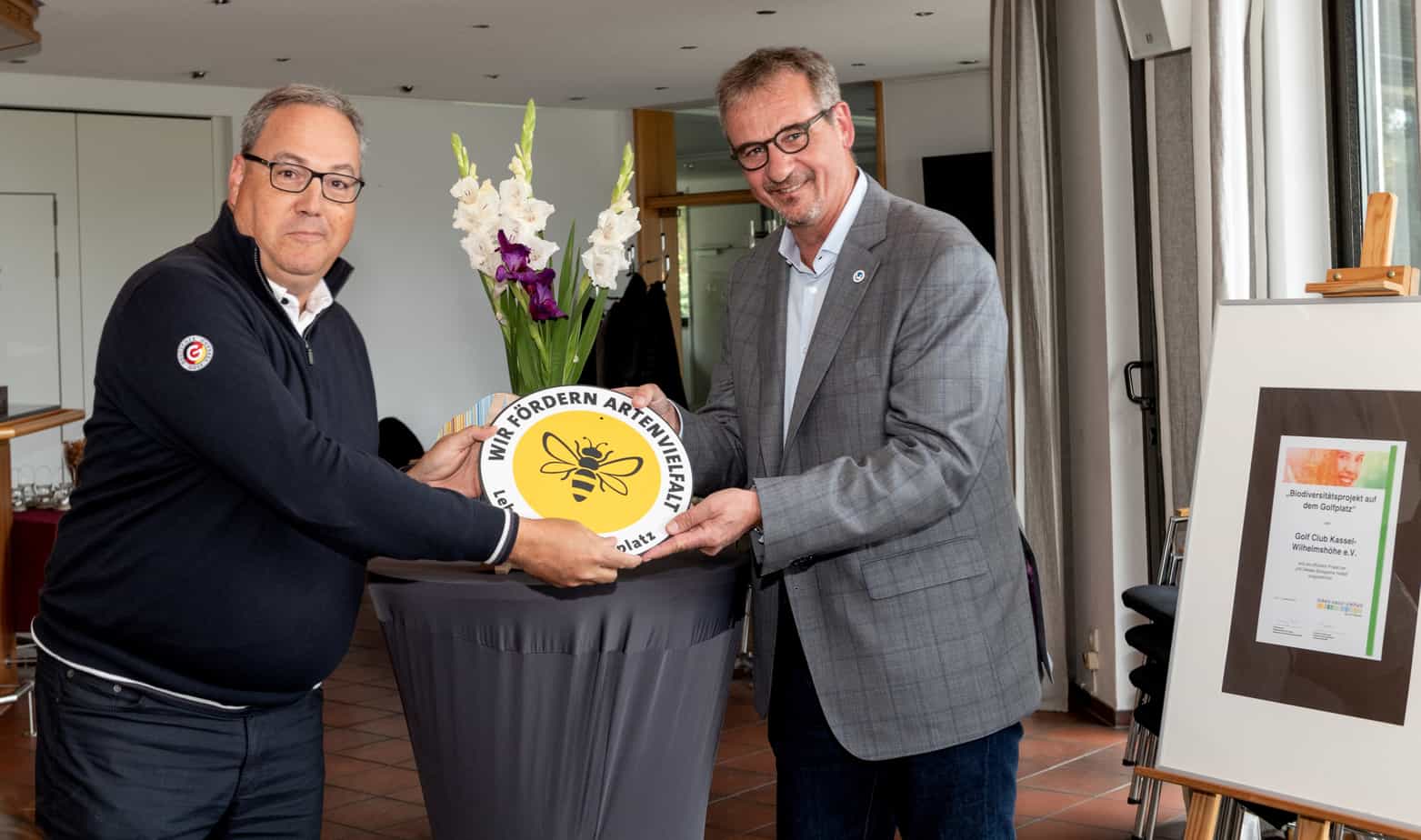 Anyone who follows the social media activities of GC Kassel-Wilhelmshöhe quickly realizes that the combination of quality improvement, resource conservation, enthusiasm for nature and, above all, creativity is part of daily business. “We work in an environmentally friendly and future-oriented manner” is the motto of head greenkeeper Lucas Damrow , who only created a small highlight in the summer with the opening of a barefoot path on the golf course.

The award as a project of the UN Decade of Biological Diversity , which Karsten Dufft from the DOSB presented to Club President Stefan Heine at the end of September, was therefore not particularly surprising. After all, the golf course, which was also awarded gold by the German Golf Association as part of the project “Golf & Natur”, has long been a pioneer when it comes to promoting biodiversity. With the development of meadow orchards and flowering meadows, the promotion of bees and insects and the renaturation of the Drusel brook, which has been uncovered again and provided with natural bank vegetation, the golf course has repeatedly made positive headlines in the Hessian area for several years. “This year we have expanded the flower meadows a bit and are trying to install hard roughs in some places that are not relevant for the golfer,” says Damrow, explaining the latest plans.

The award carries weight and is very rare for golf courses in Germany, as DGV board member Alexander Klose (picture left) emphasized at the event. To date, only the G&CC Seddiner See near Potsdam, the Burg Overbach golf course and the GC Eichenried are among the successful contenders for the United Nations award.

The UN Decade on Biological Diversity was defined by the United Nations for the years 2011 to 2020. With the help of this decade “the importance of biodiversity for our lives should be made aware”. In Germany, the motto of the decade is “life.nature.diversity”.