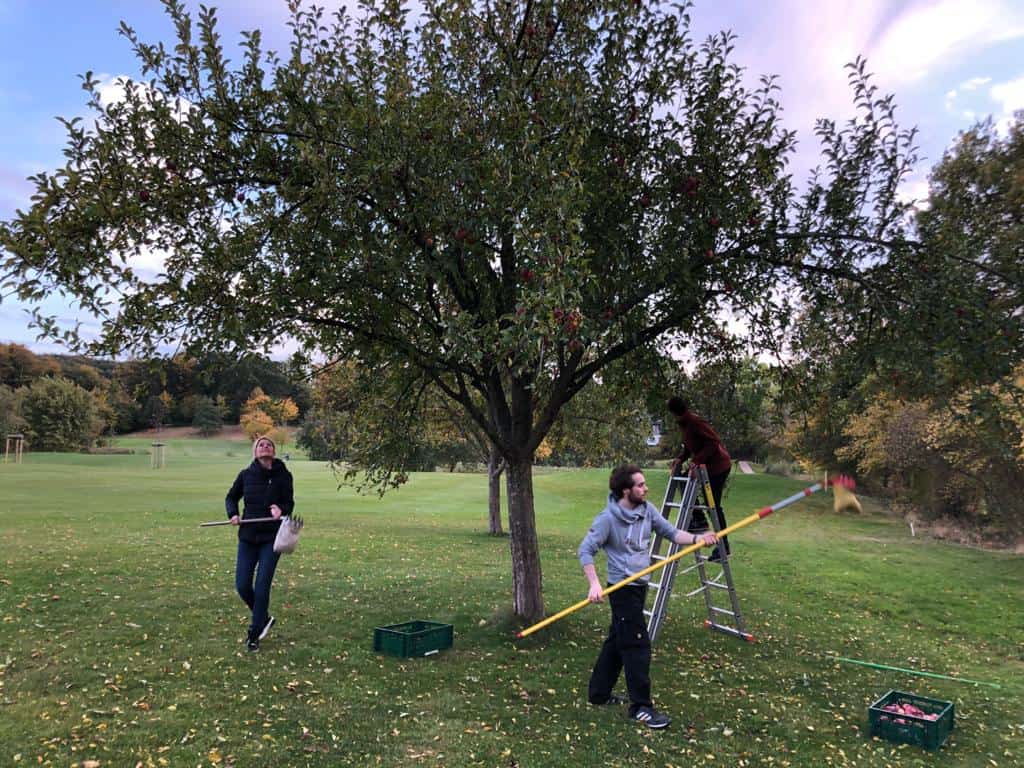 “We are three geography students from Kiel and want to make the world a little better with jam.” That’s what it says on the website of the Resteritter from Kiehl in Schleswig-Holstein . Working on this project Moritz Dietzsch, Nick Eßwein and Oke Hansen also collaborate with two golf courses: Both the Golf and Country Club Uhlenhorst as well as the GC Kitzberg from Schleswig-Holstein Golf Association have joined the initiative against food waste and have the fruit of the apple, pear and plum trees on their golf courses harvested by the helpers of the Resteritter in autumn.

“Basically, our members also have the opportunity to harvest the fruit and take it with them themselves. But most of the time, a lot gets stuck on the trees,” explains Simone Spindler, Club Manager at GC Kitzeberg . “In this respect, we all found the usability for a good cause good.” The fruit harvested by the helpers is used to make jams, chutneys and other products. “For example, we buy the apple secco for the GC Kitzeberg here,” explains Spindler.

The Resteritter themselves work almost exclusively with volunteers. “The people who come here to harvest simply think it’s cool when they can do something worthwhile and help other people,” says Moritz Dietzsch, explaining the commitment. A portion of the proceeds from all products sold goes to the Midday Children project . If the jam jar is sold for four euros, one euro goes towards the lunchtime meal.

For their commitment, the Resteritter 2019 were awarded the IB:SH Young Talent Prize of the Schleswig Holstein Sustainability Prize. They also received the sustainability award from the city of Kiel. Moritz Dietzsch thinks it’s great that the two golf courses are also involved. After all, there are over 100 fruit trees on the Kitzeberg golf course alone, so the yield is substantial. At the start of 2020, around 300 kg fell on three trees alone. “The two golf courses don’t have to end there,” says Dietzsch. “We look forward to every additional golf course.”

USGA pushes sustainability at US Open