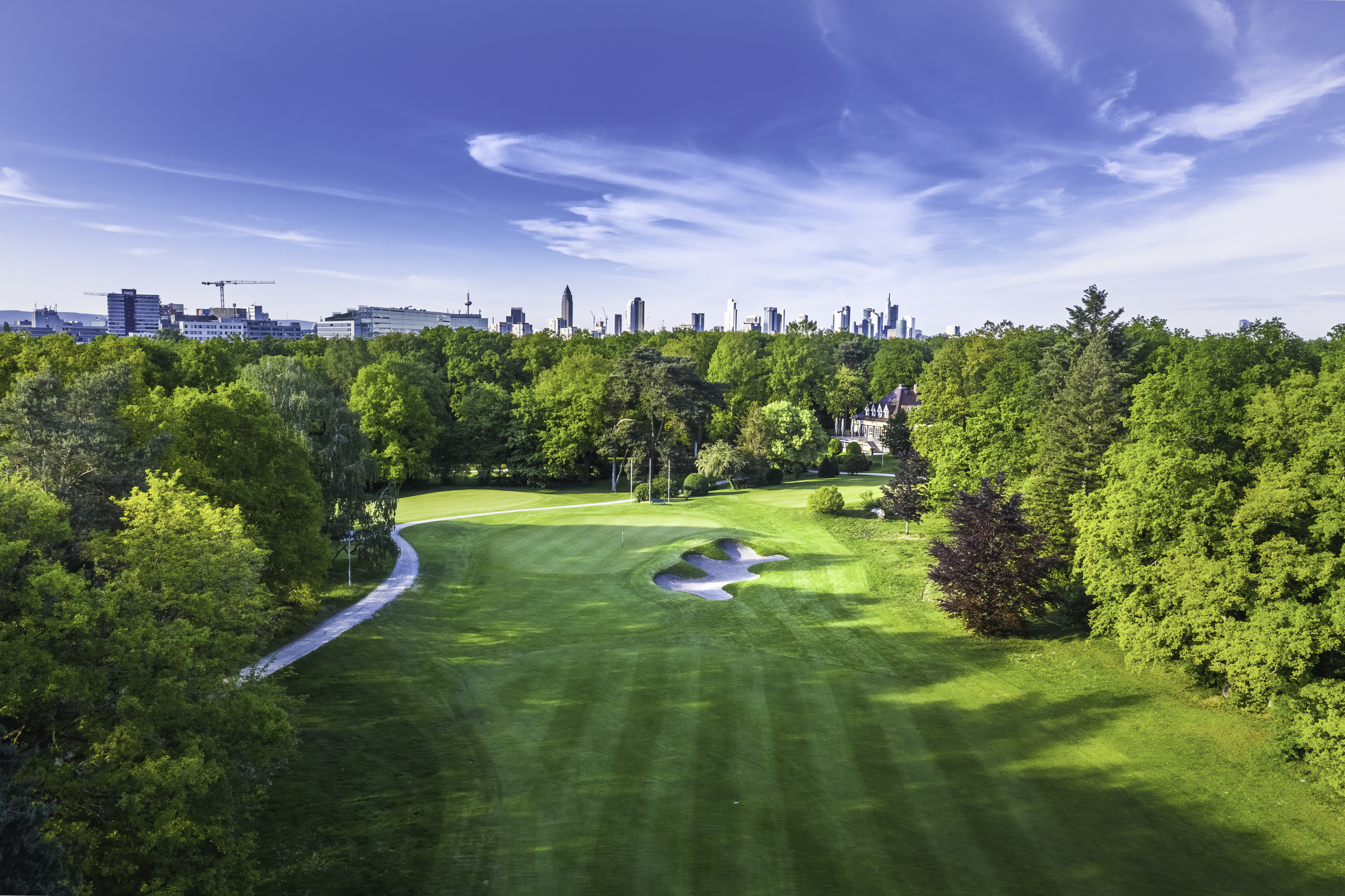 It’s the seemingly small things that reveal a lot about the orientation of the Frankfurter Golf Club: The light grass of the semi-rough that spreads out between tees and fairways. The cords that often block the way for trolleys in the green environment. One or the other dead tree trunk that rises gray in the air behind a green. It quickly becomes clear here that the top quality of a golf course is combined with environmental protection and nature conservation.

This is not an easy undertaking: The grounds of the golf course to which the Frankfurter GC, which was founded in 1913, moved in 1927, are in water protection zones II and III, so the possibility of using chemical substances is close to zero. The approximately 60 hectare area of the golf course is located in Frankfurt’s city forest, which is largely designated as a protected forest . “We’ll discuss everything with the forest ranger, we have to anyway,” sums up groundskeeper Klaus Veith . “The shade of the trees is of course a huge issue here with the greens and the grasses,” adds Superintendent Jan Andreas .

The two nod to each other. together with Dr. Sabine Luft, responsible for the area of nature and the environment, Veith and Andreas form the trio, which has a considerable influence on the appearance of this top German facility. The common understanding of what the sustainable care of a classic parkland course must look like has a significant impact on the budget, greenkeeping, and the daily golf of the members. It is based on the knowledge that due to the location of the golf course, climate change and increasing official restrictions, top quality can only be achieved if the course is consistently protected and mechanically processed on a permanent basis. 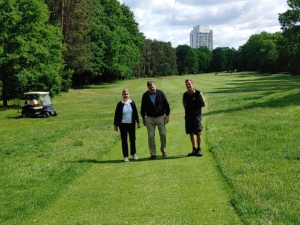 “We just pricked daisies with the members,” says Veith laconically. On the fairways of water protection zone II there is no other means than manual work . After all, around 30 members took part. “We’ve had a program for divot management here for years,” explains head greenkeeper Andreas of another project: once a month all “hotspots and large areas with divots are filled with compost, sand and seeds”. The result is visible: The fairways are immaculate by German standards and also meet international standards.

“We measure ourselves internationally,” explains Andreas. That’s important to him. He has a degree in Canada, has worked in Scotland, keeps up to date at congresses, training courses and chat groups. In addition, there is the expert opinion of lawn researchers from Great Britain, who have been advising the club for years. Overall, there is a great deal of knowledge about modern grasses and new developments in the field of care. Like him, most of his employees have been with the company for years . “A greenkeeper has to get to know the course first. That takes two years,” says Veith. You have to understand weed. Only those who deal with something over the long term can understand.

Not every greenkeeping measure is popular in a club with 1400 members. Many a golfer would have liked to have shaved off the light rough, which provides a visually perfect transition between tees and greens. And the cordoning off of the green areas for the trolleys did not go down well with every golfer at first. At this point, Klaus Veith comes into play as groundskeeper. An older gentleman who has done his rounds here in Frankfurt since he was a child and has a soft spot for British golf courses. He doesn’t think much of the “simplification operation” on golf courses that are only looking for quick member satisfaction. And he also says that there were definitely times at the Frankfurt Golf Club “when we had to cancel major sponsorship tournaments because the greens were so bad that we were afraid of losing them.”

The consequence of this is continuity, means long-term thinking, clarity about the interaction of many factors . “For example, we have thinned out our rough over the years and have not fertilized it. That also saves water and costs,” Andreas explains the principle. “We’ve been discussing opening the greens after winter for years, but we just don’t open early to keep the poa in check and achieve high quality in summer,” Veith sums up. In return, however, the members receive winter greens that were specially created and are continuously maintained, so that they are in good condition.

Habitat golf course in the city

Numerous projects to upgrade the golf course as a habitat, which the Hessian Golf Association also propagates , are involved: “We are currently taking a species inventory, have recently created a stag beetle kiln, take care of deadwood and habitat trees,” Sabine Luft lists just a few of the measures that fall within the area of promoting biodiversity.

With an area of around 60 hectares, the facility is not large. Again and again the view falls on the Frankfurt skyline, and because an airplane crosses over the facility from time to time, the contrast between nature on the one hand and big city life on the other becomes clear again and again.

A golf course like this in the middle of the city doesn’t come around very often in Germany anymore. It offers sports close to the city without having to drive a long way, which is a plus point in times of the CO² debate. He is developing a natural area ten minutes from Frankfurt Central Station. At the same time, this presence in the middle of the city, where countless eyes and authorities are watching the golfers’ activities, is a difficult matter. There is hardly any room for error, the scope for action is really narrow.

If you do a round on the 18 holes of the excellent Harry Colt course in the evening, you will see that you are taking advantage of the opportunities to develop a course. Difficult starting conditions can also be an incentive to create top quality.