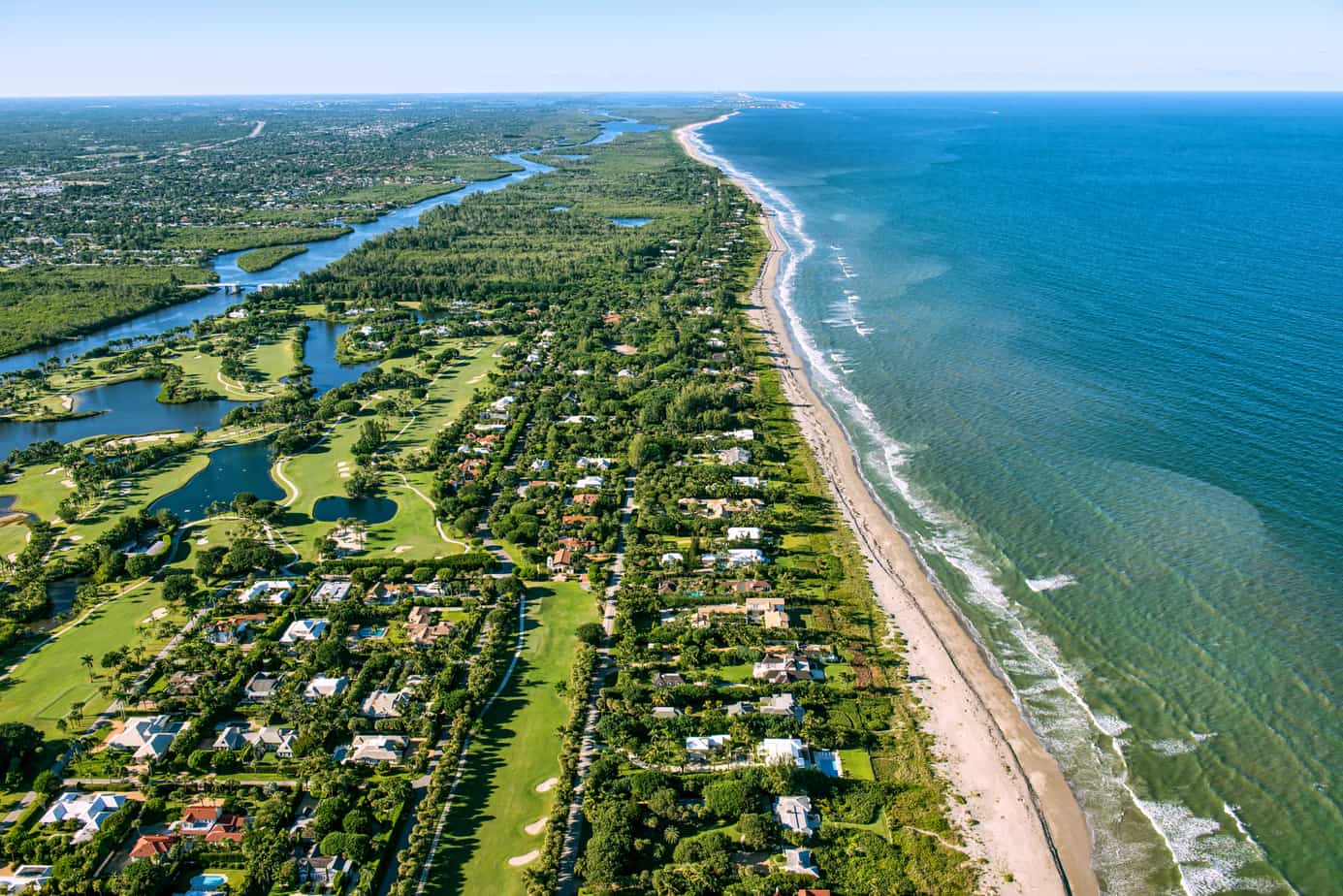 The appeal of a round of winter golf in Florida is significant: warm weather, great ocean views, great golf courses in a landscape shaped by water, water, water.

More and more golf courses in Florida are having problems with this water. Climate change is causing massive damage to the golf business in America’s sunny state, which can already be proven. “Golf clubs used to not have to close after a two-inch downpour, now they have to. And they struggle with flooding even on sunny days,” Jason Straka, president of the American Society of Golf Course Architects, recently told the American news channel CNN .

In fact, Florida authorities have been preparing for years to deal with the steadily rising water levels. “Along the Atlantic and Gulf coasts of Florida, the surface is sinking,” the US Environmental Protection Agency stated in August 2016. “Water levels along coasts are likely to rise between 30 and 120 centimeters over the next century.”

The authorities have been reacting to this for years with regulations. In Miami, for example, people have been busy building the city higher for a number of years. Roads and utilities are being rebuilt. The municipal drainage pipes must now be laid at a height of at least one meter. According to Straka, more than half of all golf courses are below this limit. “If they don’t start raising their surface significantly, they will be in an ever-deepening bathtub over time,” warns the golf course designer.

This trend is now being taken into account when renovating golf courses: Robert Trent Jones Junior, for example, had the drainage pipes adapted accordingly when redesigning the Windsor course near Vero Beach. In addition to climate change, he believes that increasing surface sealing due to constant new building and road developments in Florida is causing increasing pressure: “Most golf courses in Florida will have drainage problems,” the renowned golf course architect told the US website Worth in 2021 . “When you create that much concrete, asphalt or paved area, it causes rainwater to collect and that increases the drainage problems.”

The consequences for the golf courses are rising costs due to new drainage systems and green fee cancellations due to increasing closures due to flooding. In addition, the golf property business will be negatively impacted. A study by academics Benjamin J. Keys and Philip Mulder, published in October 2020 by the University of Pennsylvania, found that the risk of rising sea levels has reduced interest in coastal real estate. The authors point to an increasing pessimism among potential buyers when buying a house in Florida and, based on sales figures, show clearly falling transactions in the years 2013 to 2018. However, golf communities in Florida are mostly financed by the associated real estate.

The golf courses cannot hope for state aid. In Florida, the authorities have other concerns about climate change than the economics of golf courses. In the Florida Keys, for example, it was decided in June 2021 to spend $1.8 billion over the next 25 years to upgrade 150 miles of roads. What happens to the houses in the area and their residents is still unclear at the moment. The future of the five golf courses on the narrow archipelago is a rather minor problem. Except for those golfers who have settled right here to live here permanently.

Encountering nature is the great strength of golf