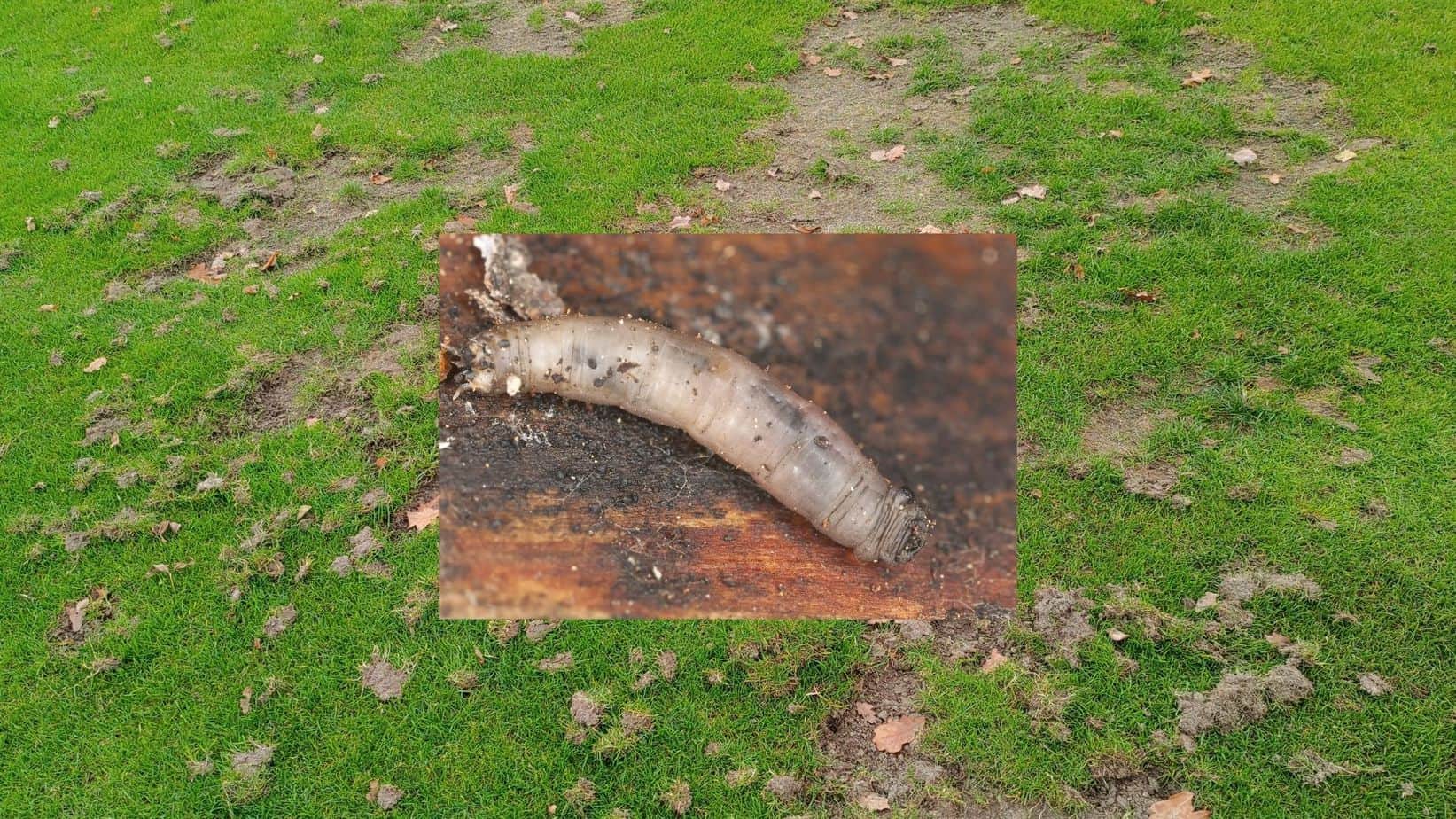 Countless tiny larvae below the turf ruin perfect fairways, eat their way through grassroots on the green. “Tipula larvae: the little plague that threatens the future of golf courses“, headlined the British magazine National Club Golfer 2021, after nearly 400 greenkeepers in the U.K. indicated in a survey by Syngenta that their field was infested with the pest. “2021 was even worse than 2020 because we had such a cold spring and the grass didn’t grow properly,” summarizes Syngenta’s Glen Kirby. British golf courses are not the only ones affected by the problem. The larvae are also spreading in other parts of Europe. The picture that then presents itself to the greenkeeper and the golfer is extremely ugly.

In Schleswig-Holstein, it could already be observed in the summer of 2021 on various courses: Birds, especially crows, chop up the fairways extensively because they value the larvae as food. But badgers also appreciate the protein-rich insects. The result is fairways and greens that consist largely of destroyed turf. However, the problems begin as soon as the gnats have laid their eggs: the larvae feed on the roots of the grass, but on wet nights they also come to the surface and then eat the stalks. So it’s no wonder that the greens look riddled and irregular as a result.

In Germany, the region of North Rhine-Westphalia and the north were particularly affected: “Our efforts this year were primarily concentrated on these two regions,” summarizes Frank Lentschig from Sommerfeld AG, which operates numerous golf courses in Germany as a greenkeeping service provider cared for.

A survey by the Greenkeeper Association in Schleswig-Holstein in January 2022 showed that 28 of the 29 pitches that took part had problems with the Tipula larvae, while garden leaf beetles and June beetles only occurred occasionally. In 96.55 percent of the cases, the greens were affected and fairways and greens in more than 60 percent. Over 40 percent of those surveyed reported damage over an area of 5,000 to 10,000 square meters. For comparison: no exceptional infestation was reported in Bavaria.

According to Paul Woodham from the British lawn research institute STERF , the tipula larvae are the winners of climate change: “Due to climate change, the cold winters that kill mosquitoes no longer exist. Their number is increasing,” he explained to the British magazine Golf Monthly 2021. The larvae develop particularly well in damp terrain, which is why sports facilities are increasingly affected because their grass is irrigated.

The tipula larvae are not a new phenomenon – they have been around forever. But in January 2020, the EU did not extend the authorization to use the pesticide chlorpyrifos, which was introduced by the US company Dow Chemical in the mid-1960s. The insecticide was withdrawn from the market in Great Britain in 2016. The World Health Organization ( WHO ) lists chlorpyrifos as “moderately toxic to humans”. It is highly poisonous for insects of all kinds and thus threatens biodiversity. The fast-acting insecticide is therefore no longer an option for golf courses. In Germany and also in Switzerland no insecticide against the larvae is currently approved, in Austria Acelepryn , which will be available from April 2022. In Great Britain there is now a special approval for golf courses with emergency situations for this remedy. Glen Kirby points out that this remedy cannot solve all problems either. “You have to be very precise here in the application, in the right time phase and in the further treatment.” It is also, of course, an insecticide.

The consequences of larvae infestation on golf courses are manifold: At the Grossensee Golf Club near Hamburg, for example, head greenkeeper Heiko Tock is trying to tackle the problem with nematodes. He is being advised by Beate Licht, Head of the Working Group on Integrated Plant Protection at the German Golf Association , who has been dealing with the subject for a long time. Heiko Tock’s experience with the nematode treatment: “The infested areas must be kept constantly moist, reseeding is necessary. All in all, it’s quite a laborious process.” For the GC Grossensee, however, there was no alternative to the treatment because the fairways were partially torn open. After numerous clubs in the Schleswig-Holstein area were affected by the problem, Tock and numerous colleagues are now hoping for a special permit for the temporary use of an insecticide in 2022.

Foil cover attracts the larvae to the surface

Other golf courses that have had to deal with larvae infestation on the greens, for example, use dark films to cover the infested areas, which are then removed in daylight. The larvae then collect on the surface and can then be collected, for example. “In terms of the choice of measure, biological pest control is probably more economical in most cases. If there is no other remedy, the foil should not be dispensed with because the possible damage can be significantly greater than the effort involved,” summarizes Lentschig for Sommerfeld AG. He reports that the company is now not only working with the nematodes, but is also experimenting with compressed air using new machines. “Here, we work minimally invasively and gain initial experience.”

In Great Britain, the larvae have caused dissatisfaction with numerous golfers because their home club did not present itself in the quality they are used to. “We’ve had a number of members who have resigned,” Paul Shepherd, course manager at Nizels Golf Club in Kent, told The Telegraph newspaper. “For the simple reason – sorry to say it so clearly, because the grass was greener on another pitch. However, this year the grass was greener again for us. Then they come back again.”

Does the quality of the space drop in the long run?

The fact is: the problem of pest infestation will accompany the golf courses in the long run. The golfer will have to get used to the subject. As early as 2018, Stuart Green, head of member training at the British and International Golf and Greenkeepers Association pointed out that the golfer would have to adapt to changed playing conditions: “You may now see more damage on the course. Areas have been torn up and need to be reseeded. There may be more areas of the floor under repair. Some parts of the fairways may be closed off. Golfers will have to accept that this will be a more common sight from now on. It will become more difficult, and in some cases impossible, to produce the pristine finishes that golfers have come to expect.”

The slowly rising temperatures associated with climate change remain an ongoing issue. Just like the ban on insecticides. Magnificent circumstances for the tipula larva – unfavorable prospects for greenkeepers and golfers.