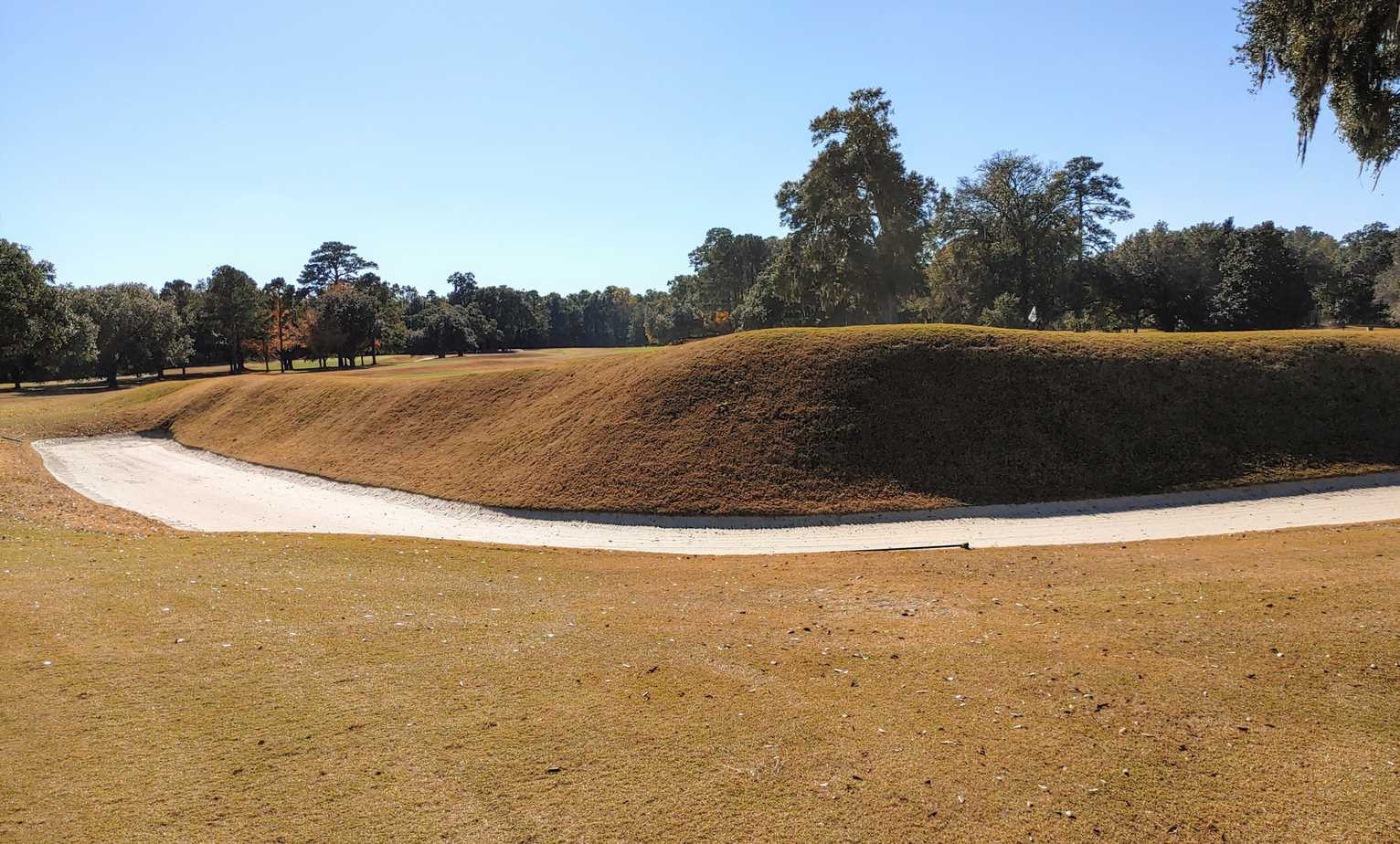 In America’s southern states, the change towards more sustainability in the maintenance of golf courses is easily recognizable: During the winter months, golfers will encounter a visually fascinating mixture of deep green tees, front greens and putt areas next to light brown fairways. At first glance, this is unusual for the European. It looks completely dried up – but it’s not. On the contrary, for the last ten years or so, during the winter months, there has been an increasing number of golf courses that refrain from so-called “overseeding”. This saves water, grass seed and thus costs and also ensures better playing quality.

Just 15 years ago, overseeding was standard because both native US golfers and tourists expected deep green playing surfaces from golf courses in Florida, California or South Carolina. Therefore, for the winter months, rye or blue grass was sown in the fall on the fairways with their Bermuda grass, which turns brown and “sleeps” over the winter due to the cool nights. This also ensured deep dark green on the playing surfaces from November to March.

How does the golfer react to the topic of climate change?

Times have changed: especially in the private clubs in southern America, overseeding is rarely an issue. According to Chris Hartwiger, director of advisory services for the Green Section of the United States Golf Association, the 2009 recession and rising sustainability standards meant many golf courses in the Southern states significantly reduced the overseeding process.

In California, a state with a permanent water shortage for well over two decades, municipalities and water companies even went so far as to offer golf courses compensation if they forgo the water-intensive process. The Palm Spring City Counsel, for example, has at one point paid places $50.000 to remove larger acreage from the overseeding process.

Irrespective of economic and climatic conditions, one question remained crucial for the golf course operators from the start: ” How does the golfer react to the fact that he plays more and more on brown grass during the winter months? “We have customers in all of these regions with the resorts, they come from the north-east and north-west of the country. And they expect a certain type of product that we also want to offer,” summarized Jeff Jensen, then one of the regional representatives of the Golf Course Superintendents Association of America, more than ten years ago.

The situation will be clarified in 2021: On private pitches in South Carolina, California, Georgia, and also in Florida, overseeding is largely avoided because there are almost exclusively their own members on the pitch, who quickly got used to the new color scheme . The cost savings are enormous, especially since the logistical problems in America during the Corona crisis led to a doubling of seed prices. In Arizona, for example, head greenkeepers assume that overseeding costs will be around 1000 euros per 1000 m² in winter 2021. The total cost for an average 150 acre site is calculated at around $600.000.

Even top-of-the-range systems now do without the water- and cost-intensive seeding process. This applies to top private clubs like Yeaman’s Hall near Charleston (pictured above), which is one of the 100 best courses in America, but also to the high-end resort of Pinehurst with its nine golf courses. There, in 1997, an economically difficult year, a change in the care program began. First, the rough was taken out of the overseeding program and stayed brown. Other areas followed over the years.

The resort’s communication with regard to the new look was clearly positive: the waiver of the overseeding program was also celebrated as a return to a more traditional and historical form of golf.

In the meantime, America’s golfers have long since gotten used to the brown winter courses, while many an international guest may be surprised at the colors at first sight. After the first round, however, the skepticism is overcome. As far as winter Bermuda grass play quality goes, it’s top-notch. The pitches play tighter, the balls keep running. “Firm and fast” is the approach that the architects of golf courses such as Pinehurst or Yeaman’s Hall already pursued at the beginning of the 20th century, when golf had to be possible with few means, without an excess of water, fertilizer and staff. It still works perfectly today.

Supporter of the Alliance for Development and Climate