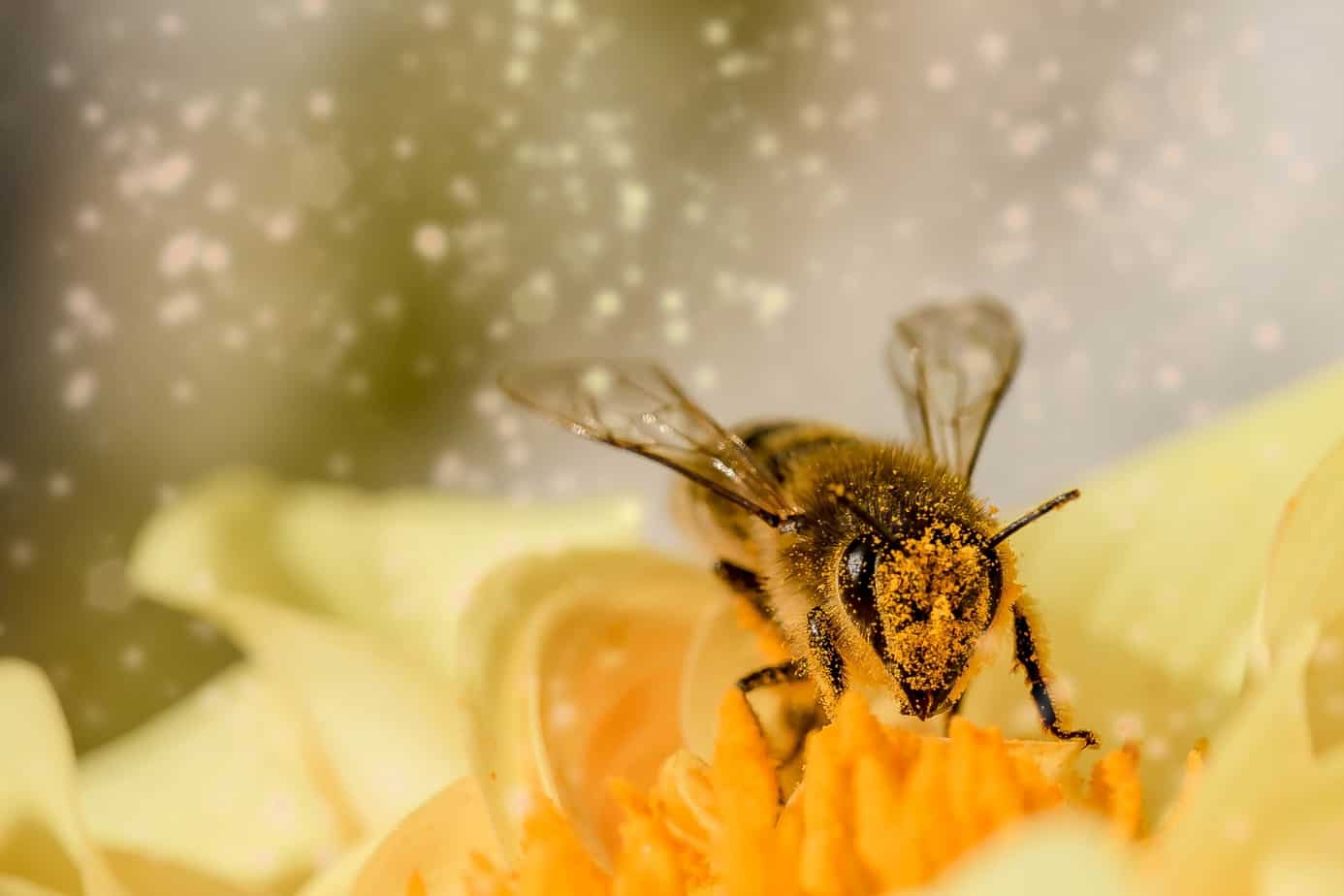 It’s quiet on the Munich Eichenried golf course. No golfers far and wide because of the Corona closure, but back here, away from the fairways of the C course at the bees, all hell is breaking loose. “Now the queen bee lays more than 1000 eggs a day. 80 percent of the bees that hatch now are honey bees,” says Willi Hermann, actually one of the greenkeepers of the golf course, which is one of the Leading Golf Clubs of Germany and is the venue of the BMW International Open. A facility that – as managing director Wolfgang Michel emphasizes – “is top-class in terms of sport and at the same time attaches great importance to questions of sustainability, biodiversity and environmental protection”.
The Gold award in the DGV Golf & Nature program has been reached by the club for years. Greenkeeper Willi Hermann, who is also a beekeeper at the same time, and his bees are the basis of this orientation. “When I started my three beehives ten years ago,” he says, no one was interested. On the contrary, the reservations were great: If the bees don’t sting the children and the golfers, what do you need the bees for – and after all, this is primarily a golf course…. There were plenty of counter-arguments.
The bees are now an integral part of the golf course. Last year, Hermann explained a bee colony and the way it works and lives to the young people in detail. The children played a tournament with fruit trees as prizes. Now at the beginning of April, you can see the first buds on the cherries… the pollen is in great demand by the bees. “Now the young bees are getting fit,” explains Hermann. He knows his poles – “you have to approach it with heart and soul”.
With around 100 beehives, the golf course in Eichenried is the leader in Germany when it comes to beekeeping. “The effort is manageable,” explains Michel, “but you have to have a vision at the beginning and think carefully about what you want to do.” It is easy to see from Hermann’s bee colonies how much rearing and care can only work as part of an overall concept. “You need an incredible sequence of foraging sites for the bees to actually survive all year round.”
Corn cherries, sloes, dandelions, apples…here a meadow orchard that was created with the help of the Allianz Environmental Foundation, there lavender on the gravel embankment behind the bathhouse. In between, areas of nutrient-poor grassland, flower meadows, eye-catching individual trees – simply diversity. “Before there were only fairways and simple rough, now we have an incredible number of different areas to offer that not only benefit the bees. Our latest project is partridges, which we released,” Michel sums up.
In many respects, the bee is the origin and the symbol of golf’s move towards a better compatibility of golf and nature: A fairly small animal in need of protection, whose habitat has suffered over the past decades – on golf courses like this one it breathes again. “My beehives here on the golf course produce twice as much as the ones I have at home,” explains Hermann. The variety of food is just so much higher.
With the citizens’ initiative “Save the bees”, awareness of the issue of species protection has grown again in Eichenried. A “species protection” working group with members is now taking care of the issue. As early as 2019, the club had its own logo “We promote biodiversity” developed, with a bee at the center.
By the way, they came out of the winter in Eichenried very well. “Each hive survived,” sums up Willi Hermann, even though a colony needs around 20 kilograms of feed during the winter. “But I had to feed some of it.” With their own honey, of course, not with an inferior substitute. 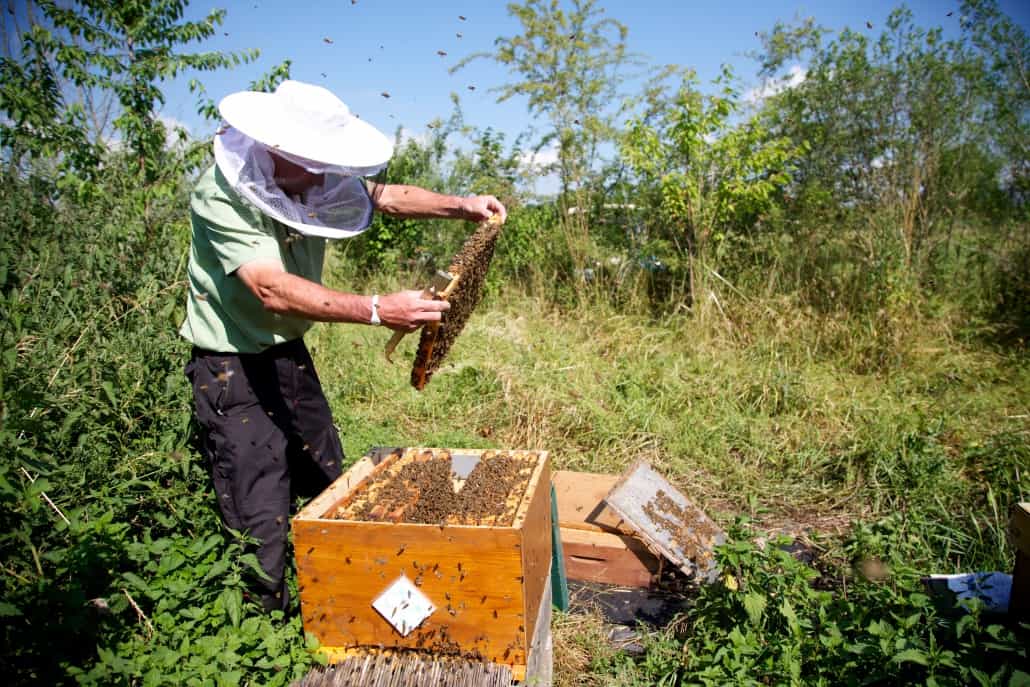 Willi Hermann with his beehives in summer (Photo: Gamböck/GCE)

A wide range of information on the subject of bees can be found on the website of the State Institute for Apiculture, which also offers numerous links to beekeeping associations and other institutes. 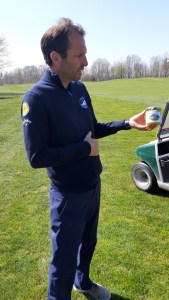 Wolfgang Michel, managing director, with the honey from the club beekeeping

Sustainability on the golf course: plenty of room for butterflies
Scroll to top