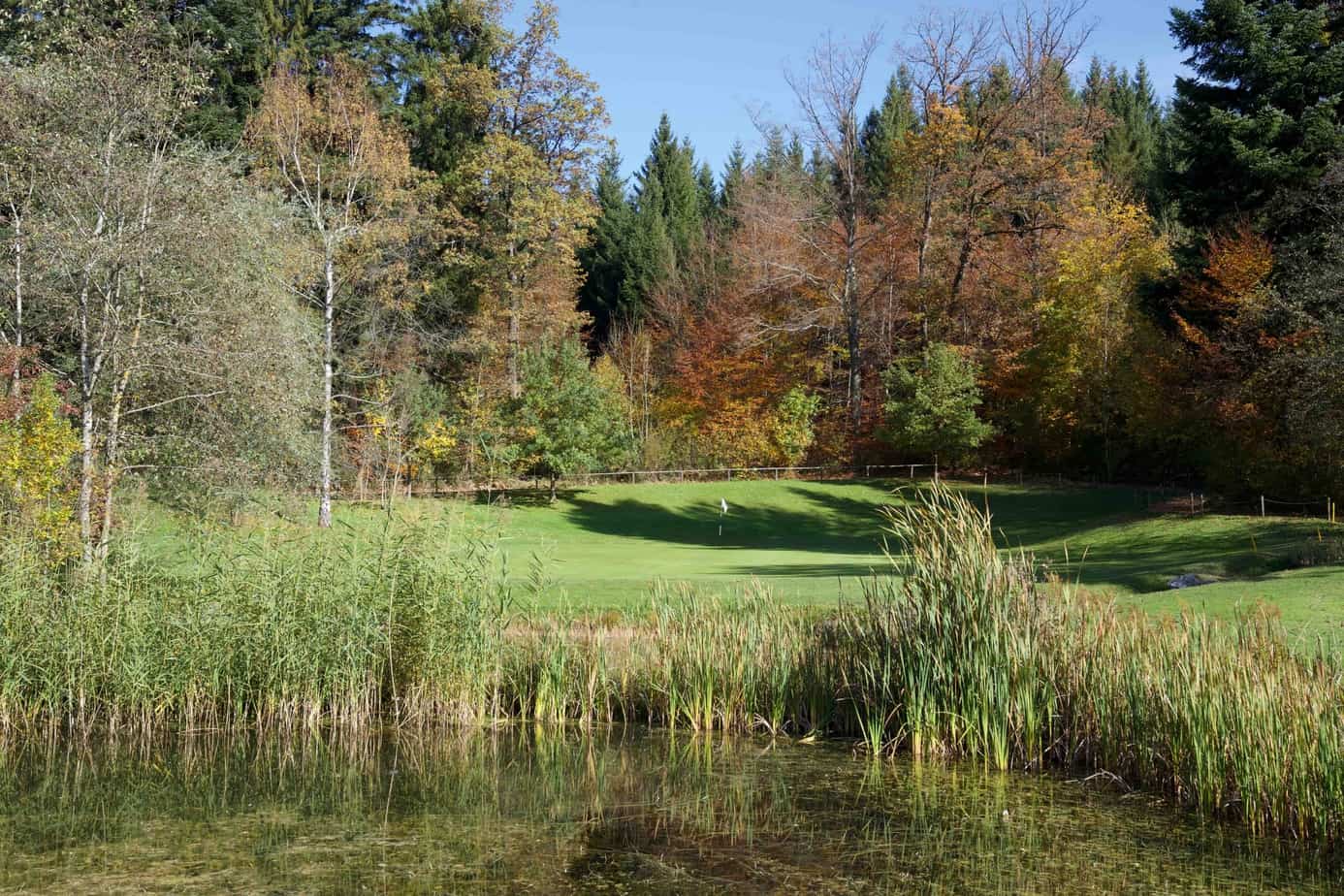 Self-sufficiency is the goal – the resource water, according to the realization of numerous golf courses after the record summer of 2018, is becoming an increasingly important issue. No one can currently estimate how the watering of sports fields will be regulated by the authorities in Germany, Austria and Switzerland in the coming years during hot spells. One thing is certain: access to water will almost certainly become more restrictive and more expensive.
“Even in the summer of 2018, our own water was enough. We no longer need other sources,” explains Béatrice Fischer, President of the Golf & Country Club Hittnau-Zürich, explaining how the traditional Zurich club solved the problem. As part of a comprehensive course conversion in 2015 and 2016, the golf course also committed itself to a comprehensive sustainability concept. This includes, among other things, the topic of “forward-looking water management. The storage ponds now have a usable storage volume of around 9750 m³, and Hittnau is self-sufficient when it comes to water.
Horst Wintrich, owner of the Weiherhof golf course in Saarland, Germany, also has this goal in mind. This week the excavators are coming to the golf course to create a third large reservoir for his facility, which was expanded to 27 holes in 2018. Wintrich uses the break during the Corona crisis to actively address the issue of water supply. “At the moment I don’t really need the reservoir, we get along well with our three wells. But who knows what that will look like in ten years. It is important to us that the Weiherhof golf course has sufficient water reserves of its own over the long term.”
The Kronberg Golf and Country Club near Frankfurt experienced how quickly a lack of water can become critical for golf courses in 2019, for which the city of Kronberg reduced the daily ration of water from 400 m³ to 60 m³ after the water emergency was declared for the city area. Thanks to a wealth of ideas in the club, including hand irrigation, the crisis was survived.
But experts agree: Although the subject of water is pushed into the background in winter and due to the ongoing corona crisis, it remains a key point that golf courses must take into account. After all, data from the Hessian State Office for Nature Conservation, Environment and Geology is not the only evidence of a “significant trend” in the decrease in precipitation between 1936 and 2019. The UFZ drought monitor from the Helmholtz Center for Environmental Research also shows that the overall soil in Germany is still comparatively too dry in large parts. 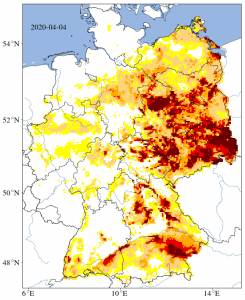 The UFZ drought monitor. Light yellow stands for unusually dry, dark red for exceptional drought. The condition of the entire soil in Germany on April 20, 2020 is displayed here.

The installation of sufficiently large reservoirs is an essential aspect of water management. “Of course, the consumption of each system depends heavily on individual factors such as soil conditions, irrigation concepts, etc.,” explains golf course designer Thomas Himmel. “But 5000 m³ of water is easily gone in ten to twelve days, which is why it makes sense to think big when it comes to the ponds. 10,000 m³ of usable volume is not too much if you use it as reserve storage.” According to Himmel, the water evaporates faster in smaller ponds, the usable capacity is significantly lower and the networking of the individual storage ponds is often complicated.”
However, anyone who thinks that they can also collect eco-points with a reservoir independently of better water management is mistaken: “Due to the fact that the water level in a reservoir is extremely variable, these areas are not recognized as a biotope or ecologically valuable landscape planning element” states Himmel. “Nevertheless, you can of course create beautiful bank areas and use a reservoir as a visually appealing, strategic element on the course,” is his experience. 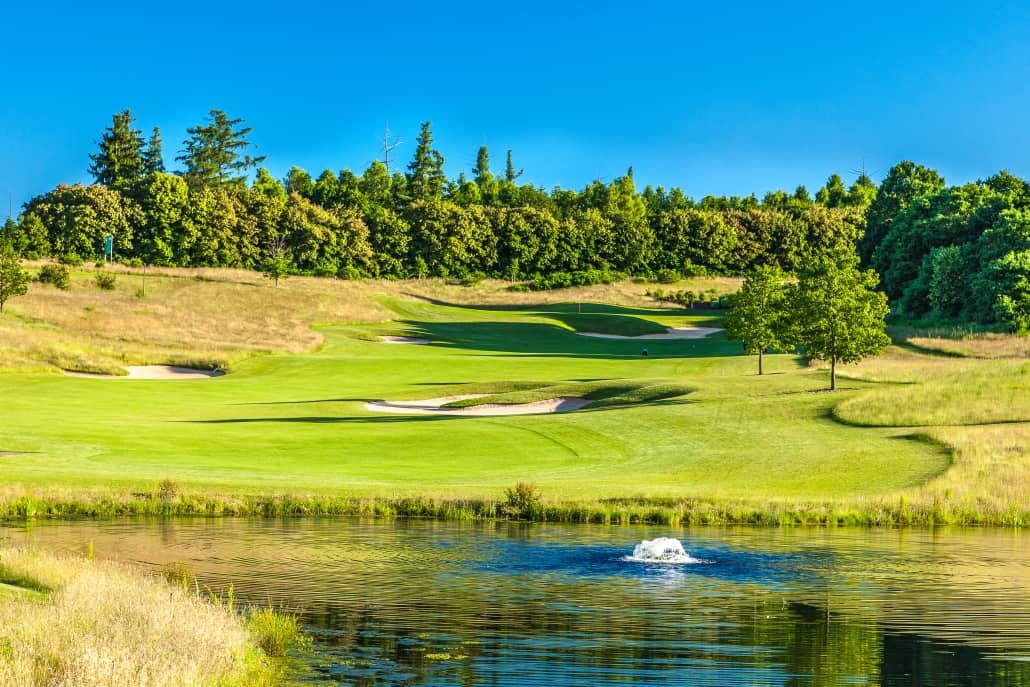 One of the three reservoirs at the Weiherhof golf course