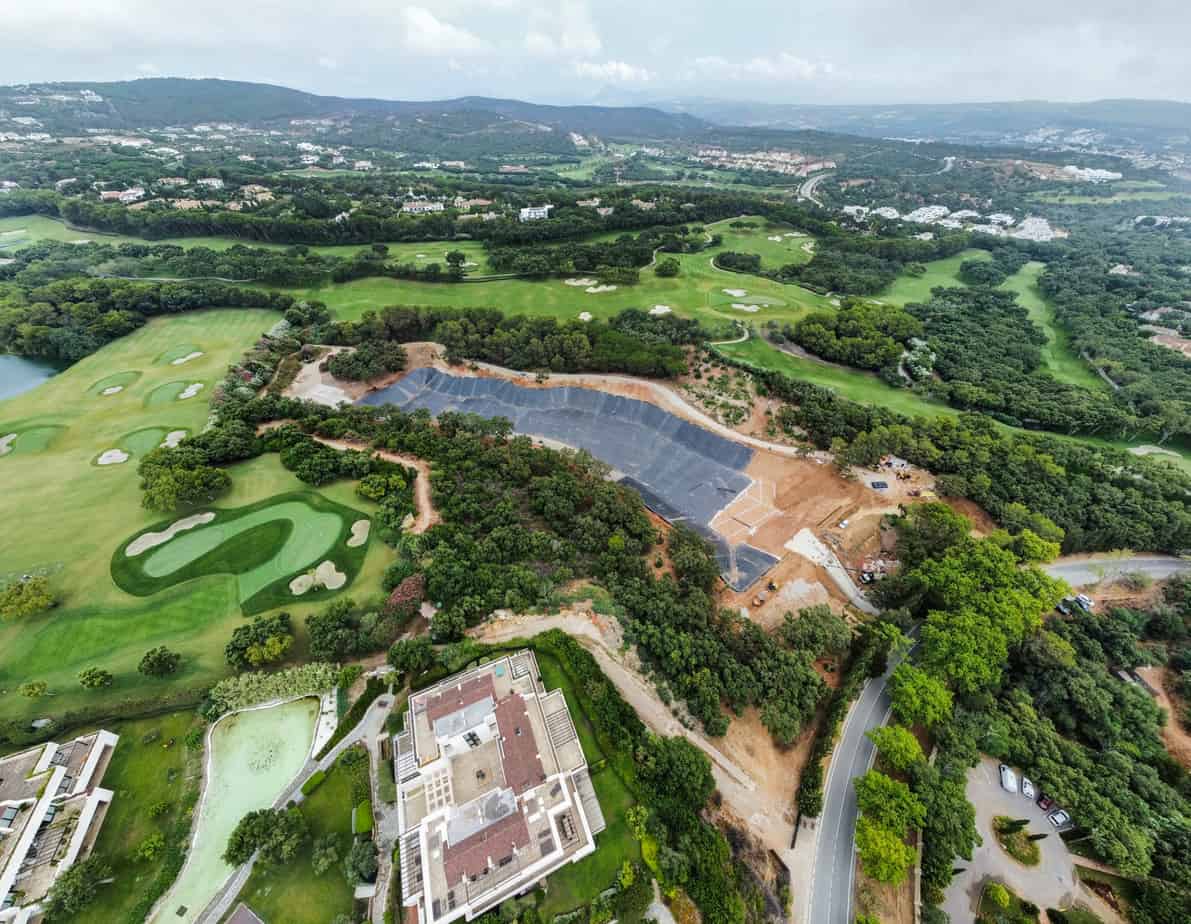 The topic of water management also concerns the world’s best golf courses: Real Club de Valderrama, still the number 1 course in Spain, is now causing a stir with a new reservoir. The huge foil pond next to hole 11 was planned as a classic reservoir outside the golf course. It covers a total of 53,000 m² and was completed at the end of 2021 after a six-month construction period. Due to the greater depth of the reservoir, which is surrounded by a dam, the evaporation of the water is less because the surface is smaller.

The pond is connected to a stream via a large tunnel, so that the water can be balanced at any time. Currently, the reservoir is only filled with drainage water from the golf course and rainwater. In the future, however, the use of process water will also be considered. To date, irrigation in Vallderrama has been done through rainwater and purchase from the local water supplier. A change seemed necessary to those responsible at the club because “over the last few years we have seen rising temperatures, less rainfall and greater unpredictability of rainfall,” notes Rocío Lafuente, assistant manager of the club.

As part of the construction, 60 of Valderrama’s famous cork oaks had to be transplanted to other parts of the golf course. More than 100 new drainage pipes were installed under the membrane of the reservoir so that every drop of water can actually be passed on to the stream. The sand that was created during the excavation was then used to build the dam. The club has also upgraded the facility’s sprinkler system to reduce water consumption.

The complete construction work is clearly explained in this video: