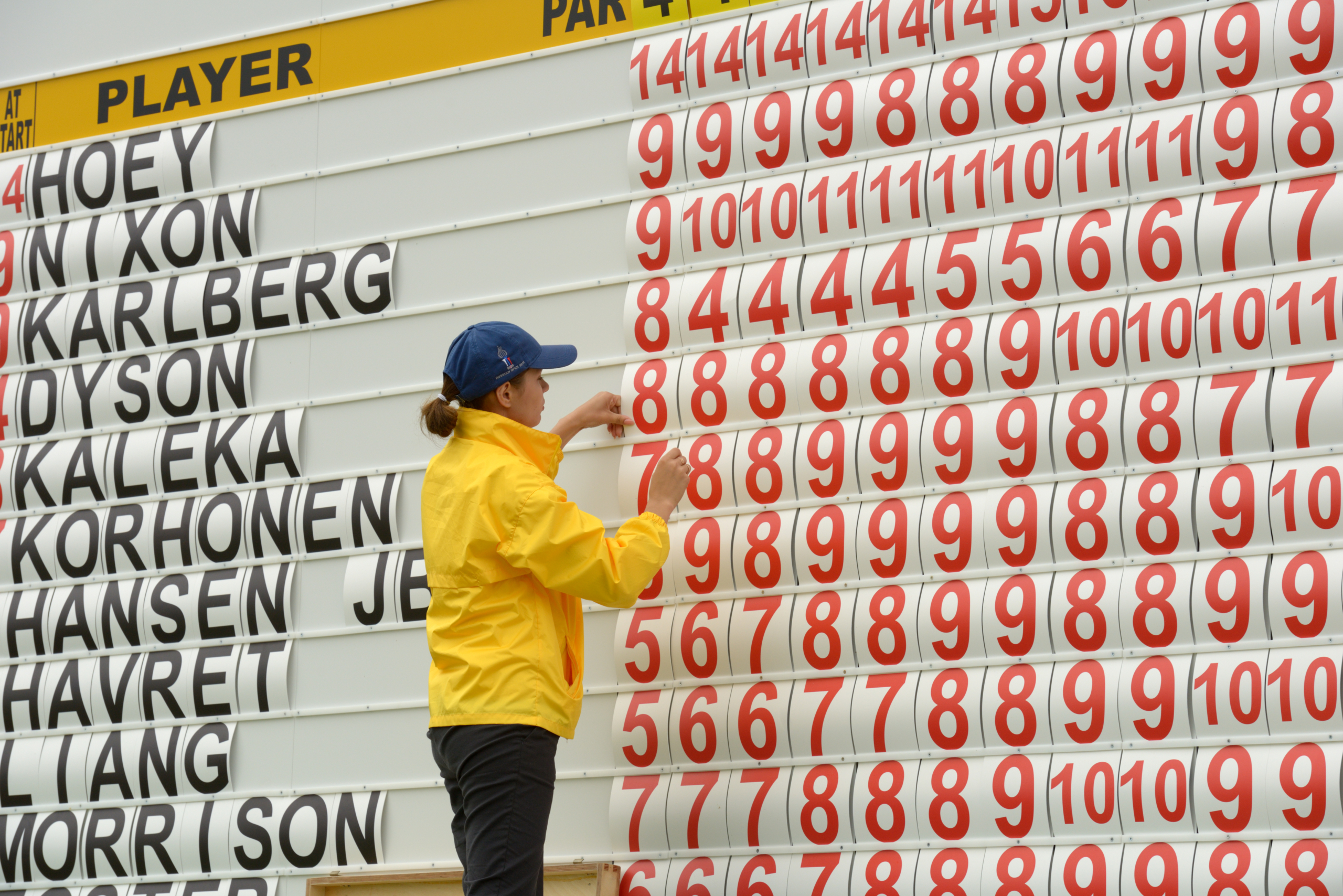 PGA and DP World Tour: 2023 will be the year of counting

The topic of sustainability in professional golf concerns both the PGA Tour and the DP World Tour 2023 significantly more than before. While the DP World Tour is under pressure after its commitment to CO2 neutrality by 2040 and should demonstrate continuous progress in CO₂ reduction from now on, the American PGA Tour has started to look more closely at the+is issue since mid-2022. Brazos Barber was engaged for this as Senior Manager for Social Responsibility and Sustainability”

“Right now, we’re heavily into establishing the basics first,” he explains. According to him, the PGA Tour’s sustainability program starts with looking into its headquarters in Jacksonville, its 13 PGA Tour properties and six tournaments in which the PGA Tour is particularly involved. The Players Championship, Sentry Tournament of Champions, WGC-Dell Match Play Championship, FedEx St. Jude Championship and Tour Championship will be the first to collect the most accurate CO₂ footprint data possible in 2023. “We have to get all of this up and running first,” Barber sums up.

At the Sentry Tournament of Champions in Hawaii, the compost project with Hua Momona Farm became a success. Daily food waste from the tournament was driven to the biofarm, which is located on the other side of the golf club. There the waste was composted and spread on the beds and the fields. Next year, the tournament organizer will again buy vegetables and fruit from the farm. (Video: Hua Momona Farm)

The situation is similar on the DP World Tour. At the Open de Espana, the BMW PGA Championship, the Genesis Scottish Open and the DP World Tour Championship, the CO₂ data was determined in 2022 in the same way as at the headquarters. However, there are no publicly available sustainability reports. New events will be added in 2023, including the Abu Dhabi HSBC Championship and the Hero Dubai Desert Classic to kick off the year.

When looking at complex projects for the reduction of plastic bottles, the use of fossil energy or optimization in the area of player mobility, it becomes clear in both cases: the situation is difficult, there is a lack of best practice cases, and well-rehearsed processes to fall back on. “We’ve made a big difference with the Waste Management Phoenix Open, the flagship sustainability event on the PGA Tour,” says Brazos Barber, referring to the Arizona tournament’s long-standing efforts to be as sustainable as possible in terms of waste, CO₂ emissions and environmental education. “We, as the PGA Tour, have now brought Waste Management specialists in-house to advise us on the other tournaments as well.”

All this is not easy because, in the end, both the PGA Tour nor the DP World Tour are not organizers of all tournaments. In addition, the local requirements and guidelines are different at almost every tournament location, and every sponsor also has different ideas. “We have sponsors who are extremely interested in the topic and then implement more.” At the Sony Open and Sentry Tournament of Champions, the kick-off tournament weeks in Hawaii in January 2023, the topic of sustainability also found some place in tournament communications; at other events, sustainability is not addressed for an entire tournament week.

On the DP World Tour, the increased use of photovoltaic systems will be tested during the tournament weeks in the Middle East, as will the recycling of PVC and vinyl, which will be reprocessed into laptop bags, among other things. Regarding plastic waste, the DP World Tour confirms that “yes, we can’t control what people bring onto the facility, but the facilities themselves will no longer have plastic bottles.”

What is Rahm & Co.’s position on CO₂ neutrality?

Whether it’s Jon Rahm, Rory McIlroy, or the other pros, they – and especially their travel movements – play little role in all the projects at the moment. It is known from the Waste Management Open and also from The Open 2022 that the topic of mobility is one of the biggest CO₂ drivers on both the player and fan sides. Apart from Rory McIlroy, however, no professional has yet commented on the issue. There are no projects, plans or concrete ideas on how to get more players to offset or, in the best case, reduce their footprint.

However, Brazos Barber points out that the initial push at the PGA Tour to address issues such as plastic avoidance or carbon footprint at a golf tournament came in 2019 from some players who had participated in the Open Championship and found the plastic avoidance program worth emulating. “That’s why one of my goals in 2023 is also to have more conversations with players about sustainability,” he notes.

Communication in the area of sustainability is thus becoming a vital issue for both tours: Following the announcement of a 28 % reduction in CO₂ emissions by 2030, the DP World Tour is also expected to publish the first concrete figures this year. That’s why the PGA Tour has not yet set any firm goals. “We’re obviously thinking about the goal of carbon neutrality and discussing whether to commit to that,” Barber notes for the PGA Tour. “But right now, we’re not there yet. Right now, we need to get the basics in place.”

GC Weilrod: Together for environmental protection