Last Updated on 15. February 2022 by adminGolfSustainable 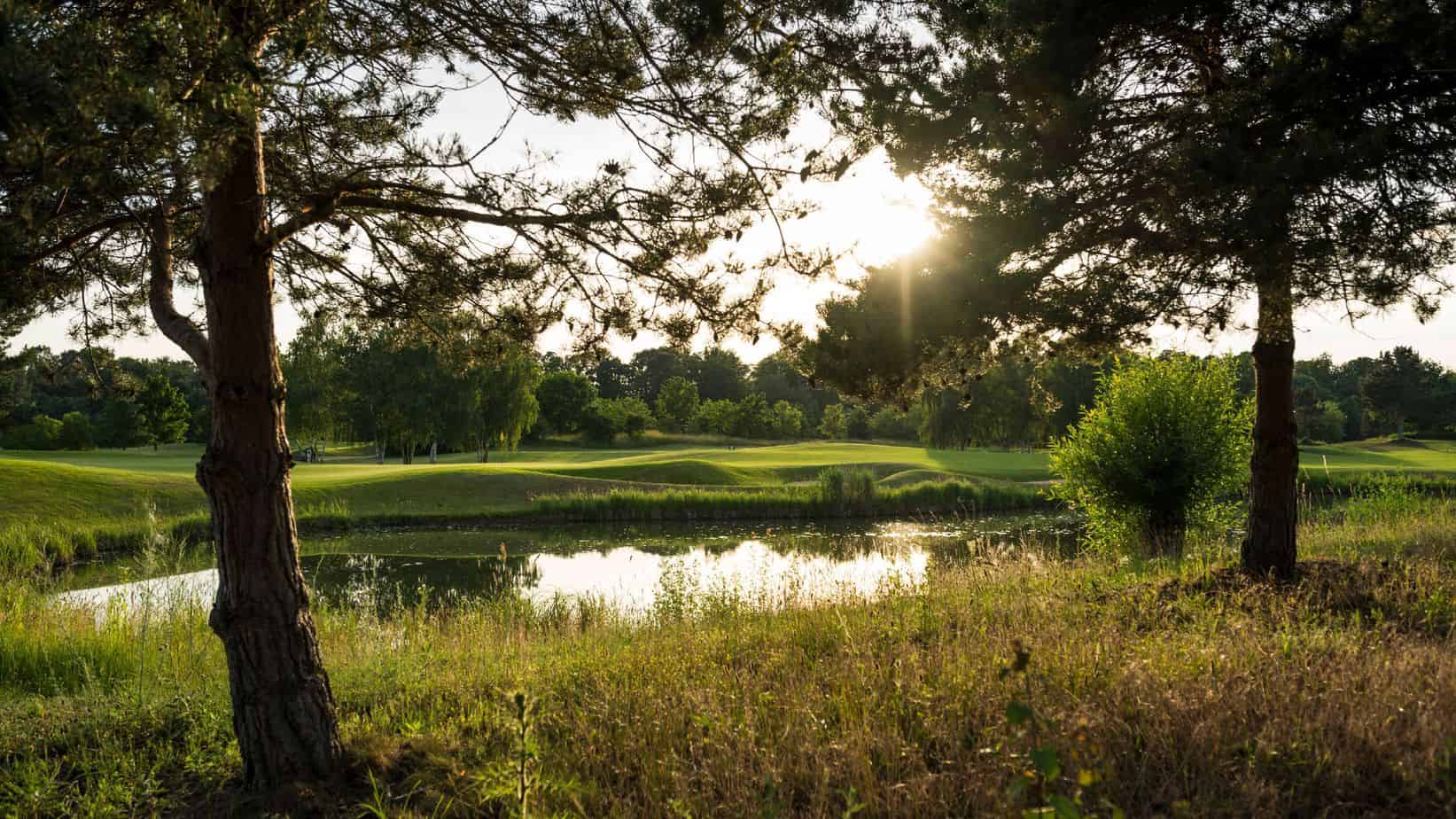 GC St. Leon-Rot: “Conservation is part of our DNA”

“Playing golf in harmony with nature is our self-image – and not just since yesterday.” Eicko Schulz-Hanssen, Managing Director of the St. Leon-Rot golf course in Baden-Württemberg attaches importance to “that from day 1 we have attached importance to having the right oil separators here, taking care of the fauna and flora, taking care of the resources. It’s part of our DNA and always has been.”

What used to be arable land at the border of the commercial area in Sankt Leon-Rot, has now not only become one of the top facilities on the German golf scene, but also a landscape shared by golfers, walkers, cyclists, animals and insects. It goes without saying that the club has been recertified several times in the “Golf and Nature” program of the German Golf Association .

Greenkeeping with a sense of nature

The self-image is supported by employees like Karsten List. Greenkeeper – someone who says that nature has always been his thing because he grew up in a nursery, and there were also animals at home. In addition to classic greenkeeping, he has been taking care of golf and nature issues at the St. Leon-Rot golf course since 2015. It is a multifaceted job, ranging from clearing the lush, nutrient-poor grassland to observing the stork nests and settling the new herd of sheep and goats. List keeps an eye on the tiny, newly hatched frogs and toads on lane 5 as well as the wooden bumblebees next to lanes 9 and 10 on the St. Leon square. He expertly inspects the new insect hotel, which has already been occupied by various species, and presents the new piles of deadwood with ermine nests. “Hopefully they’ll eat the voles away from us.”

At the end of all efforts is the combination of the highest possible course quality and player satisfaction with a natural approach to maintenance. The sheep and goats, for example, which were only settled this year with the help of a shepherd, keep the rough far more short than any greenkeeper would be able to do. The shepherd receives a small monthly amount for this, but the greenkeeping team is significantly relieved.

That is also the conclusion of the tour with Karsten List: On the one hand, the efforts for all the biodiversity projects create additional work. Ultimately, for example, the extensive areas have to be painstakingly cleared of bushes in winter so that they don’t overgrow – on the other hand, some of the measures also create free space elsewhere, which can then be used elsewhere for quality-enhancing greenkeeping measures.

The nutrient-poor grass along the fairways, for example, is far less work-intensive in summer than an area that is constantly mowed. And: there is not always cut grass that has to be disposed of properly. The fact that the light brown Festuca grass also has a wonderful visual effect is a plus. And the prejudice of so many golfers, that there is no ball to be found here, turns out to be wrong on the first walk through the clear areas.

List has learned something new in many areas over the past few years: The pretty flower meadows, for example, are a really complicated case, at least when it comes to perennial specimens. The bumblebee box, for example, is still not inhabited – no idea why. And one or the other sheep turns out to be particularly freedom-loving and escapes.

The members and guests are still enthusiastic. The combination of nature conservation projects and top golf course not only has charm, it also has added value for many. The golfer benefits as much as nature. A win-win situation.