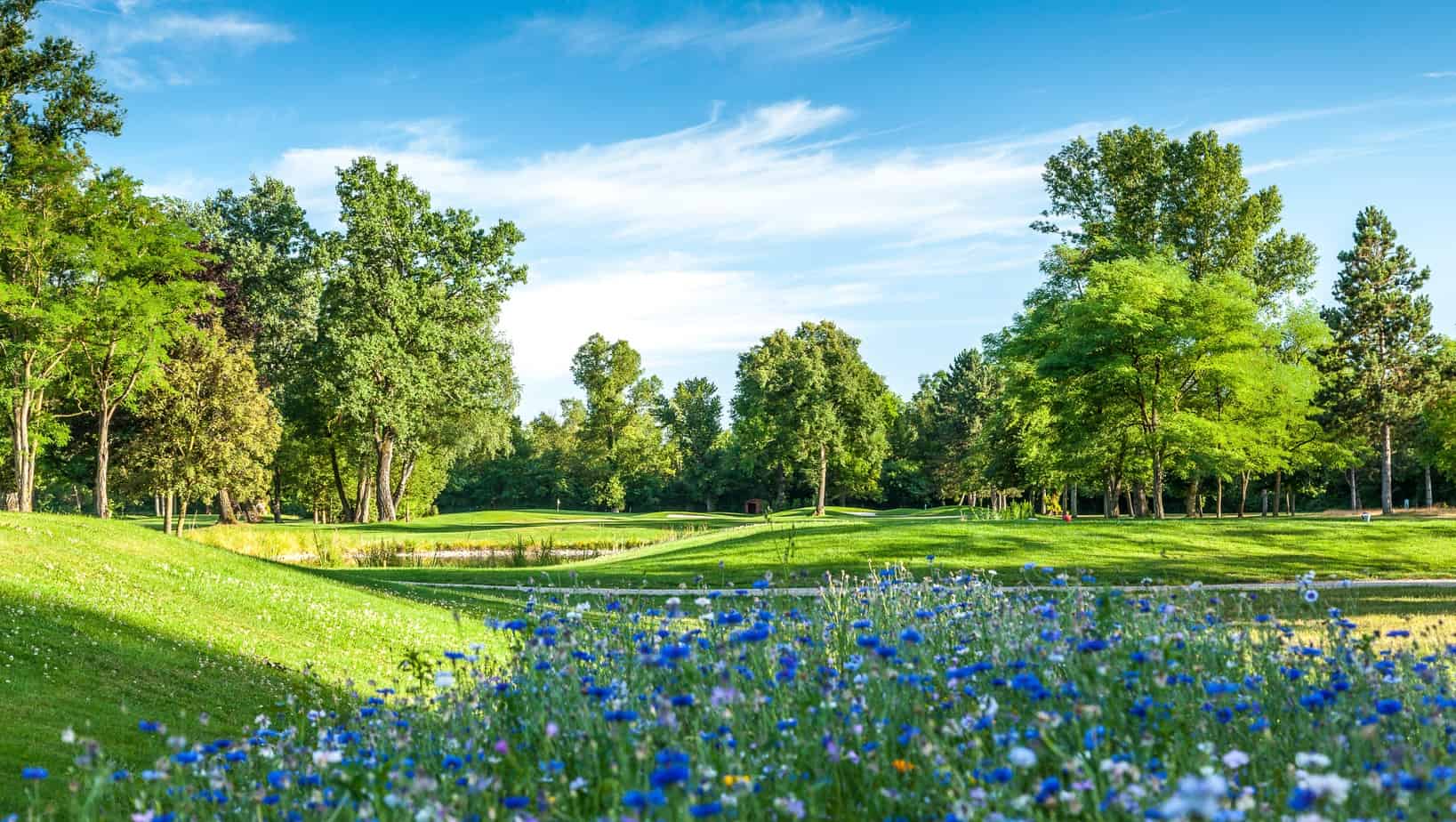 Lots of space for butterflies

The butterfly season has started – also on the golf courses, which the butterflies appreciate because of the roughs and extensive meadows as well as the bees, which also thrive here. Nevertheless, many of the approximately 180,000 butterfly species worldwide are now endangered species. In Austria, for example, according to Global2000, around 52 percent of all butterflies are endangered, as well as around 41 percent of the offspring. In Germany, around 60 percent of all moth species are on the red list. In Switzerland, the Federal Office for the Environment lists 35 percent of its most recent list of 226 assessed butterflies and rambling species as Red List species. In general, 19 percent of all butterfly species across Europe are endangered or near endangered, and a third of the species population has suffered declines within a decade.
Anyone who discovers or sights butterflies can easily contribute to the inventory using several useful apps. In Germany, this is the app ” Butterflies Germany“, which is free and has been available since last summer. In Austria, the “Blooming Austria” foundation and Global 2000 have developed the Austrian butterflies app, which has been available for counting again since March 17th. There is currently no corresponding app for Switzerland. Reporting the sighted species helps here, because the online portal “Butterflies in Germany”, for example, counts as the basis for the “Analysis of the endangerment of butterflies in Germany for the Red List 2020”.

Golf courses offer butterflies a good habitat, especially if they have a large number of different plants from spring to autumn, so that a lot of food is available in the long term. This ranges from the butterfly tree to the stinging nettle, which is a perfect food plant for butterfly caterpillars. Native plants particularly support biodiversity.