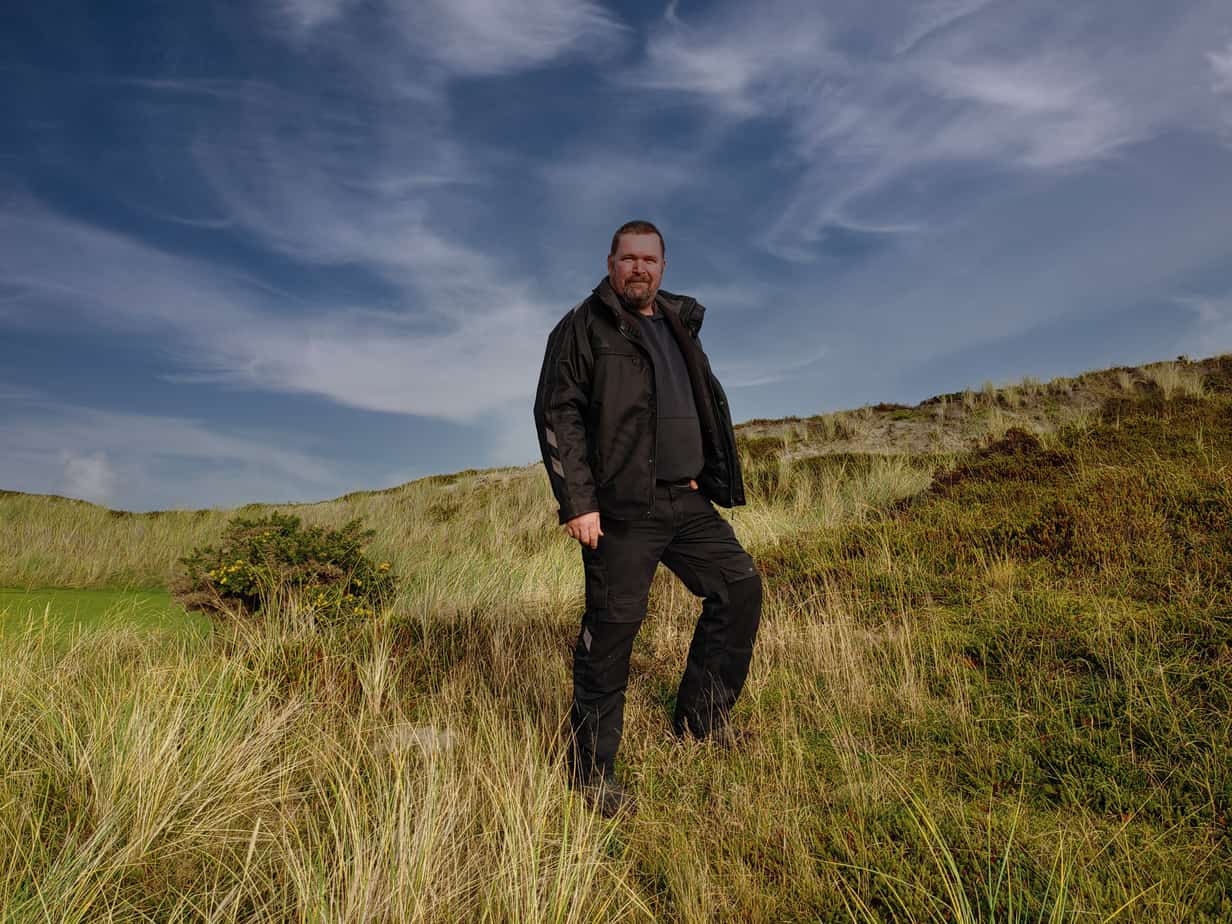 Budersand: At the forefront against the wind

Stefan Hansen is standing, legs apart, leaning against the dunes on the edge of Budersand. The wind is howling, it’s hazy and the sea is roaring in the background. He’s a giant, in a good mood despite the nasty weather – but that’s exactly the type of greenkeeper we need here. Stefan Hansen is at one of the most sensitive outposts Germany’s golf scene has to offer: on the Budersand golf course in the south of the island of Sylt. There, where the so-called Hörnum Odde, a dune and heath landscape on the south coast of the island, threatens to lose area every year.

English journalists who came here after the 18-hole course opened in 2008 were impressed by this links course in the far north of Germany. The fact that they took the meter-high dunes that meander beyond the runways to be a long-standing landscape was a testament to the quality: a significant portion of the dunes were only pushed together, shaped and planted during the course of construction. Budersand, designed by Sylt golf course designer Rolf-Stephan Hansen, is a prime example of how golf courses can create landscapes with a natural look. Making dunes natural is anything but easy. If they get too pointed and conical, of which there are also examples in Germany, it becomes immediately clear that the landscape is artificial. 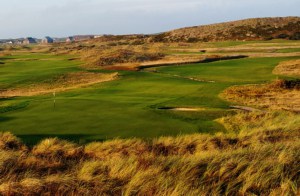 When the owner of the site, Claudia Ebert, decided in 2004 to build a first-class hotel with an 18-hole golf course on the 73-hectare site near Hörnum, 30 hectares of the landscape were covered with roads, dilapidated buildings, sewage treatment plants and oil tanks. Over 40 hectares were nature reserve with dunes. Half a year was planned for the demolition of the building, it took a year and a half. Almost 90 percent of the 25.000 m² of old barracks and 100.000 m² of roads were broken up and built into the dunes as fortifications. Today, the once ugly site flows smoothly into the nature reserve, which is also due to the fact that the operators, together with head greenkeeper Stefan Hansen, are pursuing a consistently British approach to maintenance.

Drought-resistant Festuca grass characterize the fairways. They need little fertilizer and water. The course should play “hard and fast”, just like classic links courses do. By German standards, the conditions here are something special: “You just can’t go against the wind,” sums up Hansen. It dries out the ground very quickly, it attacks the dunes, causes erosion on the edges of the bunkers and makes the effects of heat even more intense. Course maintenance here means the daily struggle with the weather. The wind tugs at the site, Hansen and his colleagues counteract this with typical plants such as beach grass. “It simply strengthens the terrain,” he sums up, running his hands through the grass. “I never want to leave here,” he says. “It’s just a special place to work. I give nature free rein here in many areas.”

At the same time, nature is reclaiming many areas of the south coast of Sylt. The so-called Hörnum Odde has been steadily decreasing in area since about 1950, especially where the cliffs and dunes are more exposed to the sea. The loss of land can only be stopped, at least to some extent, by means of complex sand flushing, which the Sylt authorities have been carrying out since 1990. In a way, the Budersand golf course is part of an overall concept to secure the southern end of the island.

The constant confrontation with nature has also led to the fact that the course is treated as naturally as possible. “We are very much oriented towards Danish sites, which do a lot with organic material, fertilize very little and water very little,” Hansen sums up.

In the German Golf & Nature program, in which the facility was certified gold this year, the high level of biodiversity and the heath program, which is not always easy to implement, scored well. “Developing heath is an incredibly long process,” says Hansen, who runs it through with his employees on various rough areas. However, once it has settled, it impresses with its robustness. “It still looks good after years,” sums up the head greenkeeper with satisfaction. Over the years, the renaturation of the landscape has also led to numerous endangered species residing here, for example the natterjack toad.

Approaching the outskirts of the course and standing on the 15th tee faces the trail that runs along the tip of the island. One or the other walker stops and surveys the golf course, which is played on summer greens all year round. As daylight fades, fairways, greens and dunes blur. Everything becomes one. Everything looks like it’s always been like this. dune landscape. Rough and of course perfect.