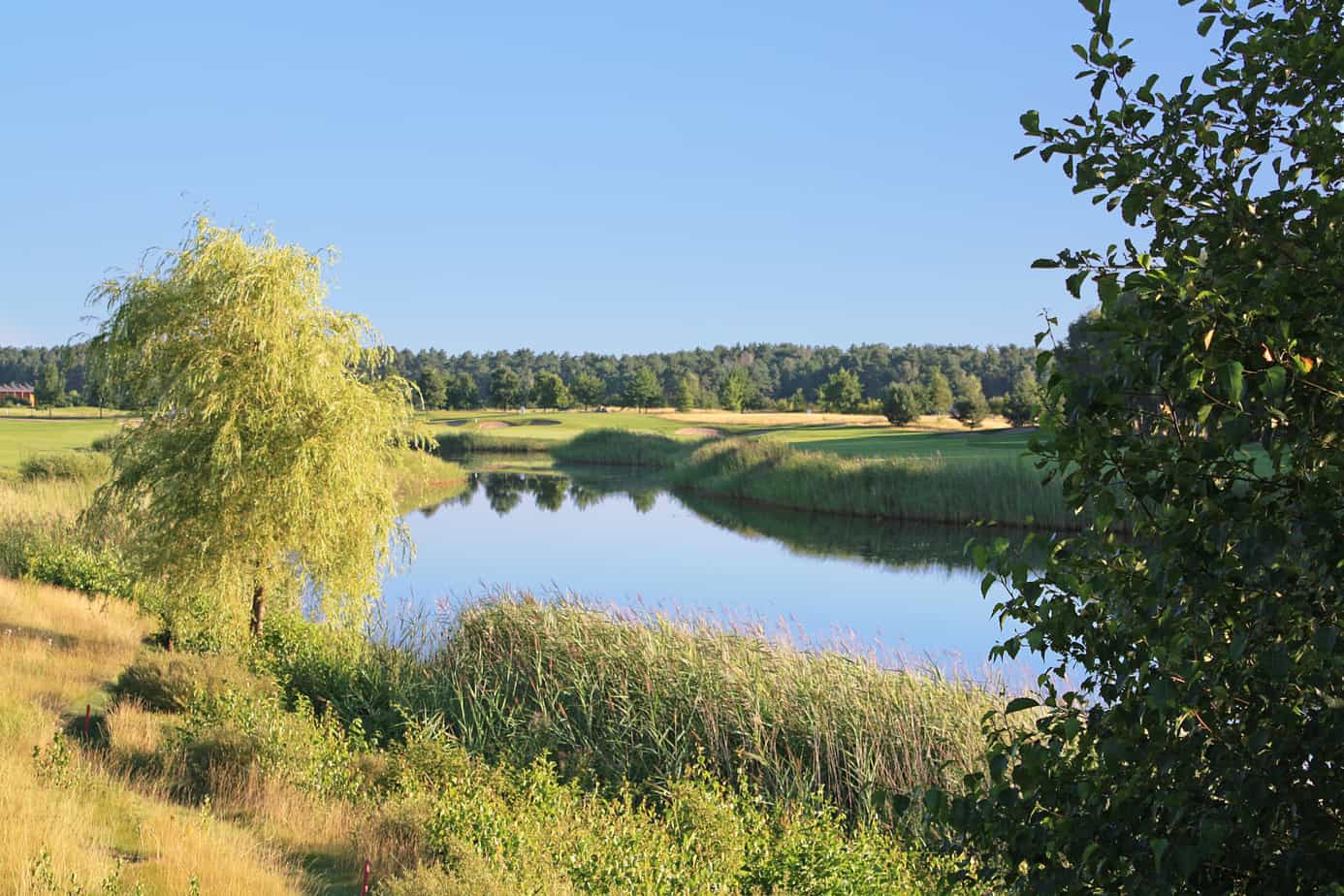 Golf course as a water waster – an image problem

It’s warm and dry when we recently pulled into the parking lot of the G&CC Seddiner See. Once again. It feels like it’s always warm and dry here near Potsdam during the golf season. The feeling corresponds to reality, at least when it comes to the subject of rain. According to the Helmholtz Center, the region – the golf course is located next to the communities of Michendorf and Wildenbruch – is one of the areas with the lowest rainfall in Germany.

Only 17% of the total area is irrigated
David Duke, superintendent of the 36-hole course since January 1996, has been struggling with the issue of drought for years. You can’t water the G&CC Seddiner See as you please. The water withdrawal from the Great Seddiner See is limited. The average between 2008 and 2017 was 97.000 m³ per year. “In any case, we only water 17% of the total area of the golf course when required,” summarizes Managing Director Horst Schubert. Nevertheless, he knows that public opinion often blames the golf club when the Great Seddiner See loses depth. And he’s been doing that for years. In fact, the golf course had only been involved in less than ten percent in the past two years. In addition, part of the water is used to preserve the pond biotopes on the site.

Golf courses increasingly in the focus of criticism
And: The golf course produces water, which Schubert estimates at more than 250.000 m³ per year on the area of the course. By seepage. This means that for every cubic meter of water consumed, at least 2.5 m³ of groundwater is newly formed by the golf course.
In addition, G&CC Seddiner See AG has been cleaning and dephosphating the water from the Great Seddiner See since 2004. The operating costs for this have added up to around 1.1 million euros since 2004. The golf course also takes on the measures for the ecological rehabilitation of the Great Seddiner See from its own funds.

Publish water consumption data
The aggravation of water scarcity in recent years has forced golf course operators to invest more and more in more efficient water use. The optimization of the irrigation, the mowing concepts, the grass – all of this plays a role.
Nevertheless, according to Schubert, the operators of sports facilities are increasingly the focus of criticism during hot and drought years. Its image as a water waster has burned itself into public opinion. For him it is therefore extremely important that golf courses disclose their water consumption data, both from groundwater and from surface water, so that the authorities and the public have the opportunity to compare and also put the image of the “water-wasting golf course” into perspective. “Most outsiders don’t realize that only a small portion of the square is irrigated at all.”

Does your golf club have a natural monument?