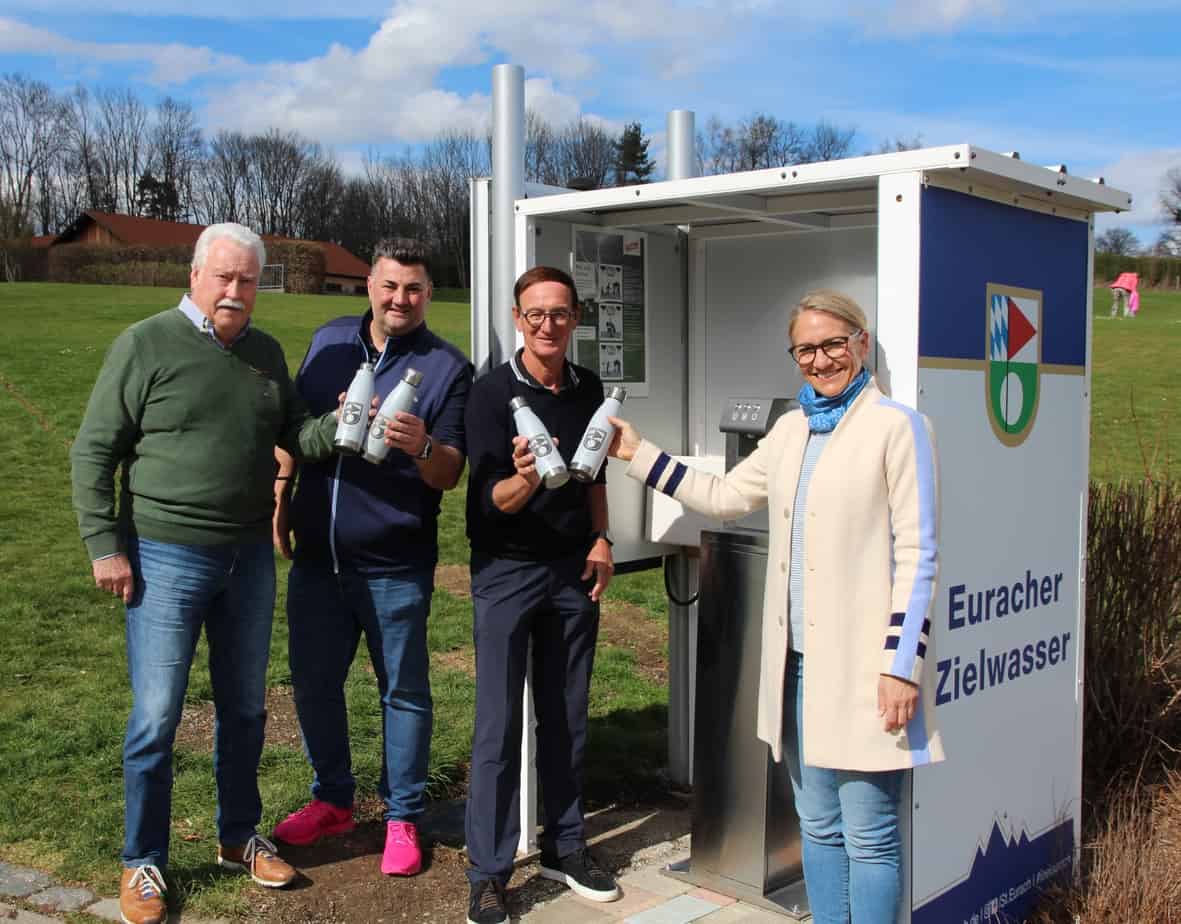 The “Euracher Zielwasser” from the new water dispenser at the St. Eurach Country and Golf Club in Bavaria/Germany will possibly help players to achieve better results on the 18-hole golf course south of Munich. What is certain, however, is that this recently commissioned facility will ensure a much better waste balance on the grounds of the golf club without plastic bottles, which has already been awarded gold five times in a row in the Golf & Nature project .

Before the covered water dispenser went into operation in April 2022 between lanes one and ten, plastic bottles that could be taken from a machine were handled. Among other things, a lot of plastic waste was created on the facility around the championship course. Exactly what President Erich Heck does not want. “We want to remain as plastic-free as possible,” says Heck. According to Heck, 50 to 60 plastic bottles lying around on the pitch have happened before on a busy day with up to 200 players. Not to mention the up to 130 PET bottles that were drawn from the machine and disposed of fairly.

This chapter is now history. The St. Eurach L&GC was modeled on the Spanish San Roque Golf Club , of which Heck is also a member. As of this season, all members receive a personalized thermos bottle to use on the round. In addition to the name, the logo of the golf club is also printed here. New members also get a bottle for membership and green fee players can buy such a container for just under ten euros and have their name engraved on site by a machine that is to be purchased soon. 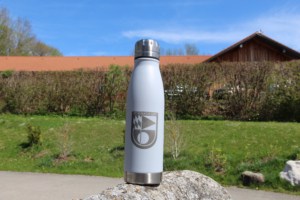 The cool refreshment is obtained from the water dispenser from the normal water pipe on the club premises and can be tapped in various forms free of charge through a filter in the water dispenser. Enriched with magnesium, natural, with carbon dioxide, chilled or at ambient temperature: you can choose from these different variants.

Anyone who feels like a drink that tastes different than the cool water from the covered water dispenser can still use the classic drinks machine. This was equipped more sustainably than before , from now on only glass bottles will be issued here. According to Heck, both this conversion and the installation of the new water dispenser took place in coordination with the company’s own gastronomy, which operates this machine.

In line with the Spanish example, the changeover to plastic-free beverage dispensing at the St. Eurach L&GC is very well received. “The response so far has been fantastic. We saw in San Roque how well such a water dispenser is accepted, “says Heck. What the golf club in southern Bavaria cannot promise is the effect of the new target water. “However, whether the name of the water station actually has such a positive influence on the golfer’s game remains to be seen,” writes the club, not meant to be taken seriously, in a post on its own Instagram channel.