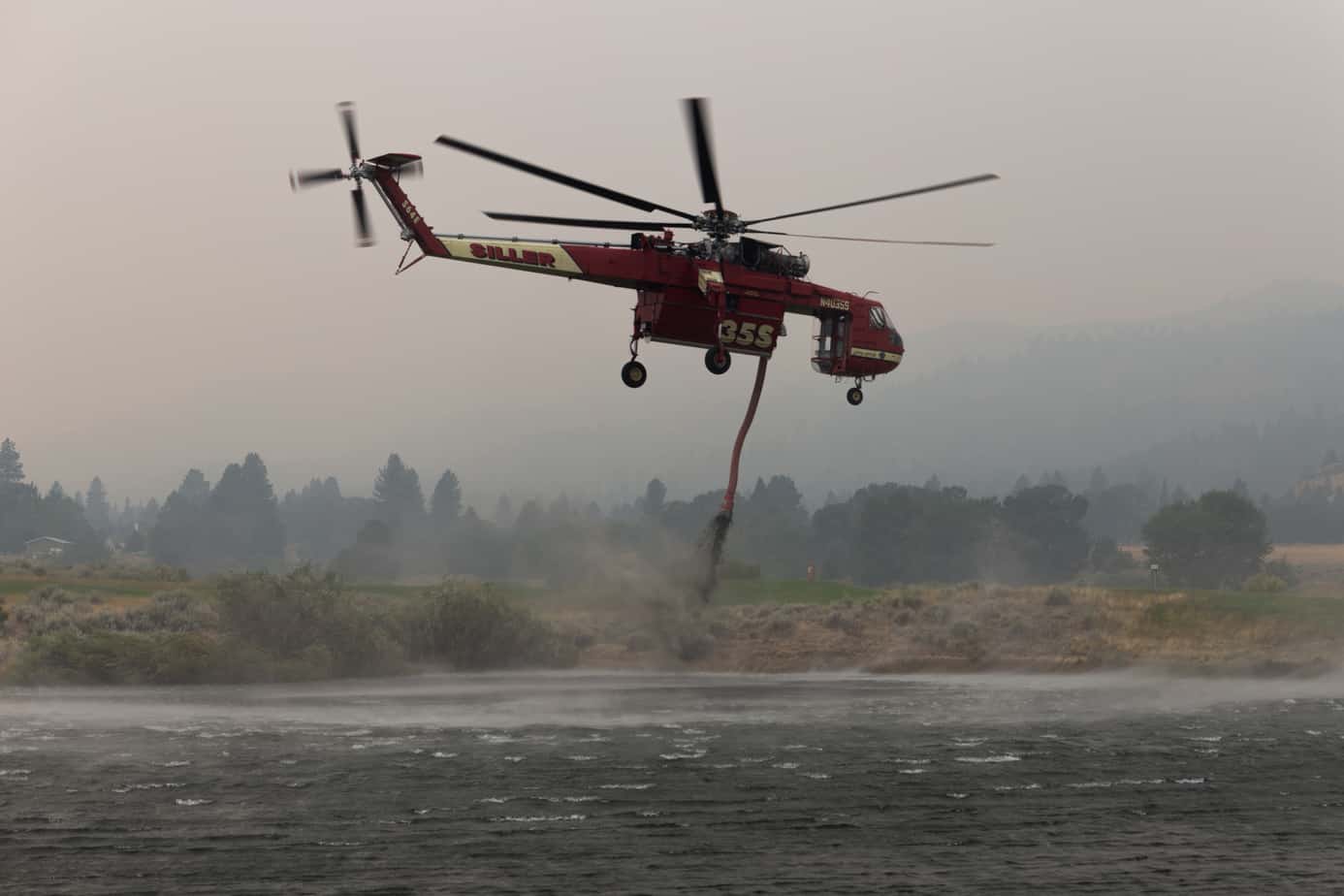 Forest fires are becoming an increasing problem for golf

Golf pro Cameron Davis stood on the driving range at the US PGA Tour 2020 Safeway Open in California and trained with a face mask. Not because he was afraid of corona viruses, but because the air was so bad. The location, the Silverado Resort, has not yet been directly affected by the devastating California wildfires, but has been affected by their effects. A hazy darkness reigned there, thick smoke drifted over the area. The so-called Air Quality Management District authority had long since taken over the business on site. Your message on this match day: The air condition was “moderate”, which means “tolerable mediocrity”. The golfers were also allowed on the course for round 1.

Forest fires and brush fires, caused by increasingly hot temperatures, are increasingly affecting golf – and not just golf. “It was actually worse at the Open in Australia last summer. I always go by how bad my eyes itch,” Cameron Davis shared with the press about his experience of the bush fires at the Australian Open. “And we couldn’t even see the ball in the first six holes in the morning.”

Overtourism in Austria: Sustainability as a solution?

Golf is not alone with its problems: At the Australian Open in tennis at the beginning of 2020, Dalila Jakupovic gave up in the first round because of the bad air in Melbourne due to the bush fires. The conditions for hosting major events in Australia are unlikely to change in the long term. A 2020 study estimates that the likelihood of uncontrollable fires has increased by 30 percent since 1900. The reason is climate change. In California, too, large forest fires are now a problem that occurs almost every year.

Olympia adapts its program to the heat

For sports organizers, this means they have to adapt to the conditions. The postponement of dates to other times of the season, the permanent control of air quality, the development of a safety concept for players and helpers is now a fixed program in these regions.

The Tokyo 2021 Olympic Games were not aimed at fires, but at exceptionally high temperatures, also caused by climate change. The outdoor sports were therefore largely only held in the mornings or afternoons from three, such as mountain biking.

The UN is calling on sports organizations to take action

The United Nations have responded to the challenges with their “ Sports for Climate Action Initiative ” project and have long been campaigning for sports associations and institutions to meet their responsibilities and reduce their carbon footprint.

For the normal golf clubs in California, the frequent fires in the area are now having a considerable impact. Private club Fountaingrove in Santa Rosa, a wine country region, had to rebuild its clubhouse, which was destroyed in the 2017 fires. Numerous golf courses were forced to close during the 2021 LNU Lightning Complex fire.

The golf business is partially discontinued

Tourism also comes to a standstill on the Monterey Peninsula and further north as a result. During fires, visitors are asked to stay away from the area to allow the roads to be cleared for firefighters.

The golf courses are also hit in many other ways: helicopters use their water hazards to refuel, take off and land on fairways and greens. Ash covers the area and when it rains it mixes into a nasty layer that later has to be painstakingly removed by the greenkeeping team.

Planning a golf course in a fire-prone area has long included dealing with questions such as:

Climate change, with its periods of heat and fire, has long since become part of the golf business, and the rise in temperature is already causing extreme economic damage in parts of the world. No question: The moderate air quality for a professional golfer is a comparatively small problem if other residents of the area lose all their belongings at the same time.

More on the topic: How golf clubs in Australia became rescue centers