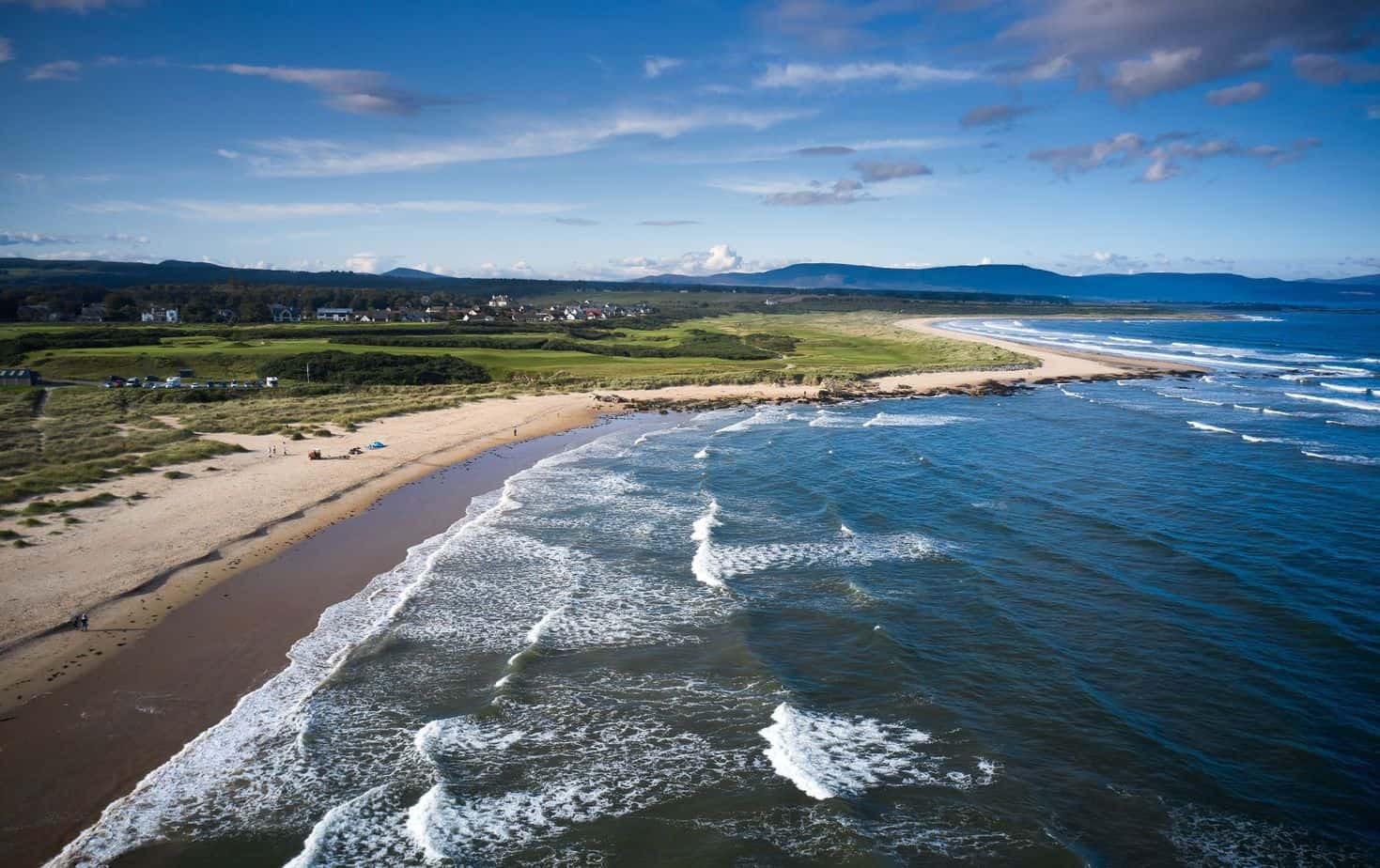 Anyone who thinks that the great links classics of this world remain unchanged is mistaken. Royal Dornoch, one of Scotland’s best-known golf courses, has a new seventh hole on the well-known Championship course and a very interesting project on the smaller Struie Course as part of Scottish coastal protection.

The course’s tenth fairway had been at risk of erosion for years, so the club, along with various institutions, decided to start a salt marsh planting project to protect the coastal side of the course. A conscious decision was made not to carry out any major construction work on this stretch of coast, instead relying on the natural power of the plants. Dr. Clare Maynard of the St. Andrews University and project manager of the initiative Green Shores, which handles marshland restoration, describes the benefit as follows: “Marshlands in salt water absorb energy.” Examination of relevant areas at St Andrews found that “the terrain behind the marshland was in fairly good condition and suffered far less from erosion and flooding than areas with no frontal marshland.”

Since 2018, small plants suitable for saltwater marshland have been planted in the gaps in the marshland in front of the Struie course. The work was done by students from Dornoch, volunteers and the Royal Dornoch greenkeeping team. It is still unclear to what extent the plants will really act as breakwaters in the long term, but Maynard is convinced of the concept: “Approaches like this, which work with nature, are now recognized as an important addition to classic building variants. Given the increasing erosion we have seen on Scotland’s coasts over the past few decades, we need as many options as possible to make the coasts as resilient as possible to climate change.”

The new seventh hole from Royal Dornoch: While until now you could only see the sea from the teeing area, you can now see the water from the entire hole. (Photo: Matthew Harris)

Forest fires are becoming a problem for golf