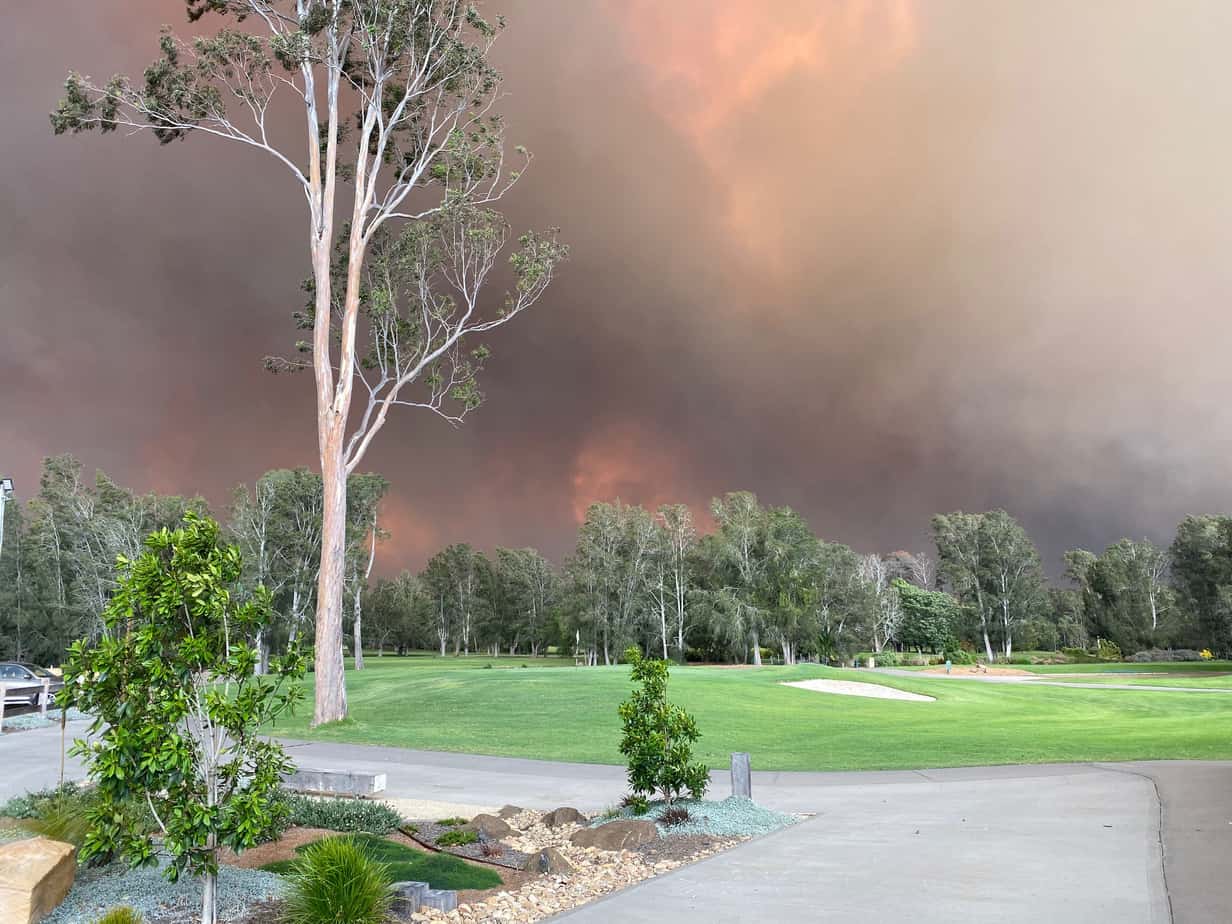 After the bushfire: hard times for Australia’s golf clubs

The golf club as an operations center. Fairways as campsites. The clubhouse as a huge food outlet – in Australia, the club managers of many facilities in New South Wales are trying to cope with the consequences of the bushfires . Many clubs became an evacuation centre during the crisis – and the consequences can still be felt weeks later. With Australia’s tourism industry promoting a dream holiday on its websites and elite sport taking centre stage at this week’s ISPS Handa Vic Open near Melbourne, other clubs are struggling to cope with the aftermath of the natural disaster.

Moruya Golf Club is one of around 30 courses in coastal New South Wales that fully experienced the horrifying effects of the fires around Christmas and the New Year. When the coast was declared an evacuation area for tourists, cars, tents, campervans and desperate people flocked to the club’s premises. Fairways became campsites, greens became garbage dumps. The clubhouse was converted into an emergency center and food distribution.
When things calmed down, chaos remained. “The fairways were completely full of rubbish, things like clothes, sleeping bags, normal household rubbish just stayed put,” summarized Josh Prowse general manager of Moruya Golf Club, to an Australian reporter. “The facility is covered in ash and most areas need a professional cleaning.”
That costs money – and the losses are huge: “December, January and February are the three months in which we make the most money,” Prowse notes, “this year it’s the worst months.” The roughly 30 other clubs in the area feel the same way.

This is how turtle protection works in golf resorts

At the Aston Hills Golf Club, in the very south of the country, the fires were not directly exposed – but they still left their mark here. “Six of our members, including two employees, have experienced losses,” club manager Hayley Hunt tells me. “Our head greenkeeper Simon Prosser lost his house with all his belongings and two cars. He also suffered burns and lung damage.” He has not returned to the golf club since December 20, the day of the fires. On a charity day, the club raised AUD$27,000 for the six members affected by the fire. For a good six weeks, the site staff has consisted of only two instead of three people. “For a small club that wasn’t actually directly affected by the fire, we’re still pretty badly damaged,” notes Hunt.
Australia’s golf community is now collecting for the victims. The Golf New South Wales Club Bushfire Relief Fund is set to raise $250,000 to be distributed to affected facilities. Otherwise, one hopes for green fee tourists who will alleviate the economic damage. “Hopefully the tourists will find their way to the south coast and support the small towns,” says Prowse of Moruya GC. He will not forget the bushfire crisis in the club for the rest of his life.