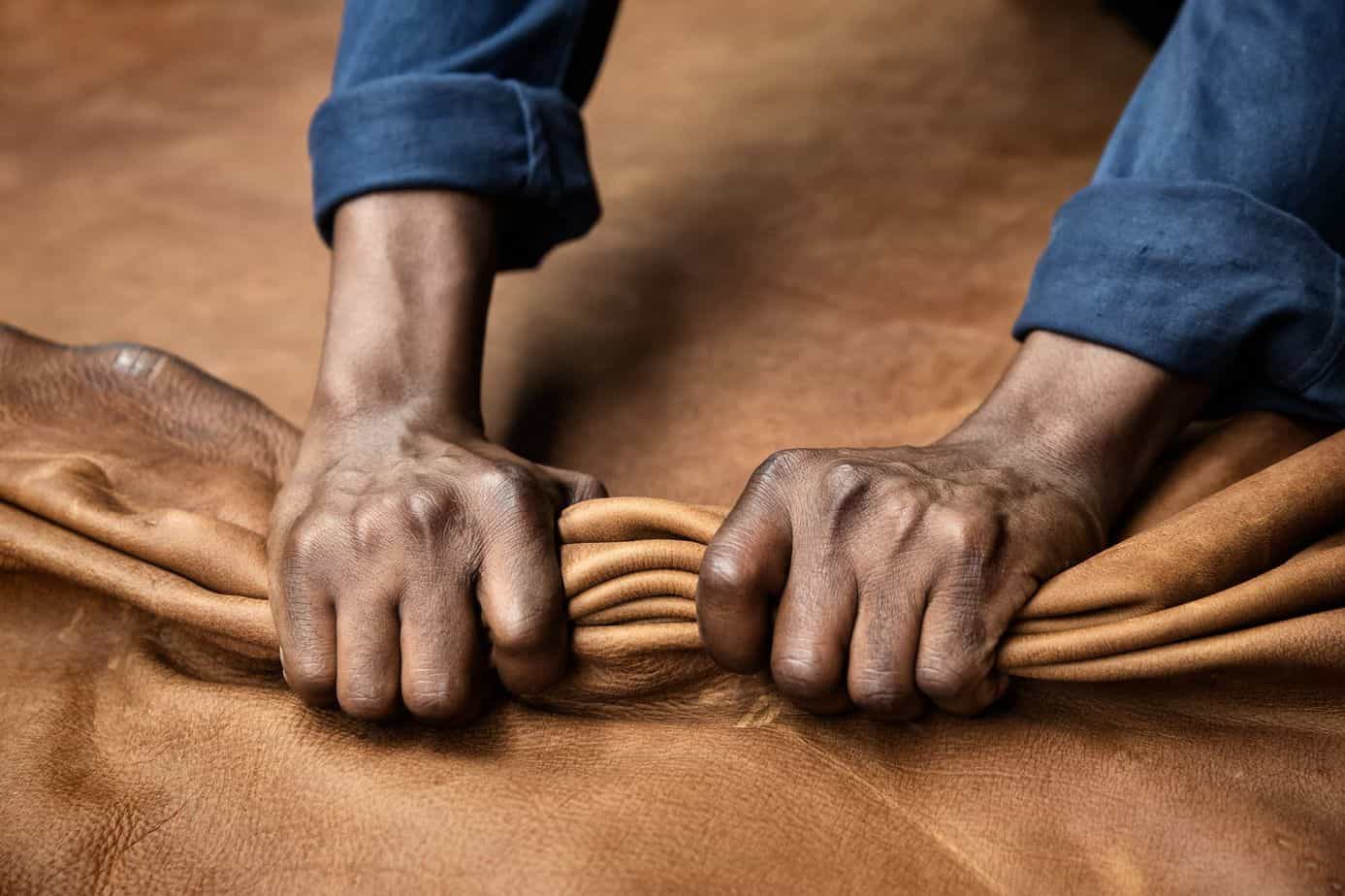 “DriTan” caused a stir for the first time at the World Water Congress & Exhibition 2018. The new leather from Ecco showed a way out of the anything but water-saving process of tanning. Tanning is one of the oldest industries in the world, and the use of large amounts of water has always been a part of it. Worldwide, the annual water consumption for processing leather is estimated at 400 billion liters of water.

In the production of DriTan leather, however, the Danish shoe manufacturer does not use an external water supply. Instead, after five years of research, Ecco’s development engineers have succeeded in preserving the natural collagen in the leather without using water.

The result can be tried out on the golf course for the first time this summer. The Tray model in the current collection is made from DriTan leather and is therefore produced in a very sustainable manner. Ecco’s developers point out that the leather does not differ from the material otherwise used in terms of wearing comfort, durability and stability.

The company has made significant progress in terms of the consumption of water, chemicals and the waste water produced: In total, it is assumed that 25 million liters of water will be saved per year – within the entire Ecco shoe production. In addition, the formation of sludge, which otherwise accumulates as a residual product during tanning and is only processed again in a complex recycling process, is avoided – at Ecco it is estimated that 600 tons less are produced every year.

Ecco has already received various awards for the development of the new tanning process, including the “Popular Science’s Best of What’s New Award” 2019. For the golf industry, however, the topic is still completely new. With the Tray model, Ecco has so far only presented shoe models with the new production method. However, the objective is clear: in the long term, all Ecco shoes should be produced in a water-saving manner.

Golf spectacle is to become the “Greenest Show on Earth”.