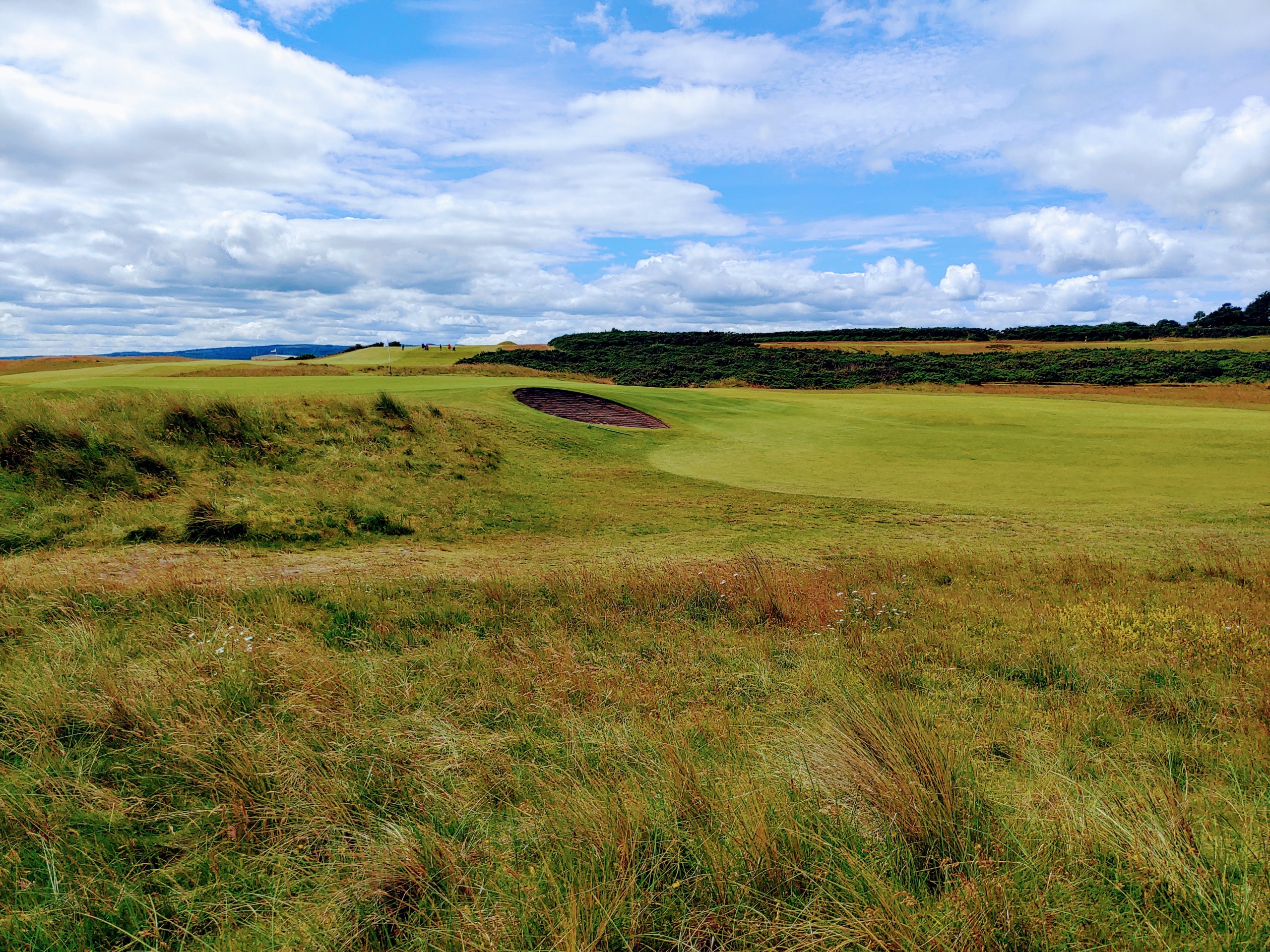 “It’s just great here,” the American enthuses on the driving range and hits the next ball. He flew here from Detroit to the far north of Scotland. He is a member of Oakland Hills Golf Club, one of the most prestigious golf clubs in the United States. Ryder Cup venue 2004. Renovation of the golf courses there has consumed twelve million dollars. Recently, the clubhouse burned down. The $60 million the club is getting in compensation from the insurance company probably won’t be enough to rebuild, the visitor from Detroit tells us. For him, top quality in the USA is associated with money, with huge clubhouses, elite clubs.

From Detroit to Dornoch

And now here he is, in the Scottish Highlands, on the driving range of the Royal Dornoch Golf Club, euphorically hitting balls from a humped teeing ground. Behind him is a bright yellow bucket for washing balls – estimated purchase price a pound each. The buildings on the range – a tiny roofed hut and a shed that was no longer dewy, he would not give a glance in the USA. “It’s great,” he says again, hits the last ball and heads for the clubhouse on the shuttle to compete in the British Senior Amateur Championship.

What does sustainable top quality mean in golf? This is a question that should be asked here, a ten-hour drive from London. The answer can be found in the term ESG, which is now so frequently used by companies: Environment, Social, Governance.

No money for big luxury

At Royal Dornoch Golf Club, they’ve managed to create a hotspot on the international golf scene in a pretty lonely place in the world that feeds the whole village, adds value for kids, and is environmentally friendly to boot. Looking at the unpretentious clubhouse and the functional driving range, it becomes clear that money is not spent on fashionable trinkets, luxurious looks or giant buildings, but on the basics of the sport.

This has the advantage that costs remain manageable in times of crisis. If – as during the Corona Lockdowns – the countless rounds of green fees are eliminated, the costs are still manageable. When energy prices rise, as is the case now, the clubhouse is still heatable. The amount of mowing, and therefore diesel, required on a course where hardly any water or fertilizer is used is manageable. Higher prices are thus unattractive, but do not lead to financial catastrophe.

A city lives on golf alone

“Dornoch is the golf town” says the club’s general manager Neil Hampton. On closer inspection, it is even more so than St. Andrews. The Home of Golf, two and a half hours to the south, has far more golf courses, the Open Championship and the R&A to offer, but it doesn’t thrive on golf alone. There is the internationally recognized university and beach tourism, which make up two other mainstays. In Dornoch, a few hikers and campers undoubtedly pass by, but even now in midsummer there is no talk of a major rush.

Royal Dornoch Golf Club is the center of Dornoch: with the Struie and the world famous Championship course, it not only generates 13,000 green fee rounds a year, but also 17,000 rounds from members. Actually, every inhabitant here plays golf. “And every kid here learns to golf throughout their lives,” Hampton explains with satisfaction. The club pays the golf instructors to go into the schools, give lessons for free, run a great youth development program. It ranges from the beginner to the top amateur. The 13,000 rounds of visitors generate an estimated income of around two million pounds a year, which ensures that local golfers can play at very reasonable prices. As green fee players increase, so do overnight stays, restaurant sales and bookings at other destinations. 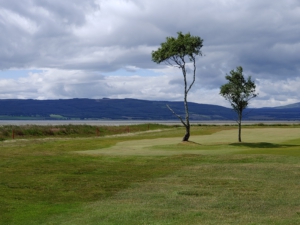 The ‘quality of golf is also evident from a small figure that can be taken from the renowned US magazine Golf Digest. The Championship Course at Royal Dornoch was rated the No. 3 course in the world outside the U.S. in June 2022.

What does top quality mean to the management of Royal Dornoch is our question to Neil Hampton, and he starts to think. Then he starts talking about the Fescue reseeding program on the golf course, new sprinkler heads on the golf course, the constant attempt to keep the greens hard and playable, the roughs light and visually perfect. All this, of course, with minimal water consumption, even – if it hardly rains, as in this spring.

Hampton also tells of the University of St. Andrews research project in which the club has participated to improve coastal defenses. The marshland in front of the Struie Course, especially at hole 10, increasingly fell victim to erosion, had to be secured with new fixing mats made of organic products. The so-called Green Shores project, Hampton said, is progressing positively overall. The marshland in front of lane 10 has now. The five-figure sum with which the golf club co-financed the university’s research work was well invested.

Marshes in salt water are considered to be extremely important habitats that bring with them a high CO₂ storage quality and therefore play an important role in the area of both biodiversity and CO₂ neutrality. On the Championship Course side, the visitor will also find bank stabilization, a lot of newly planted beach grass, but the problem of erosion is not relevant here compared to the Struie Course.

Now that the land there has been secured again, and they have also been able to buy another plot of land, the club is thinking about improving the Struie course, which at the moment is often overlooked by visitors and not booked. When the managers of Dornoch Golf Club invited Old Tom Morris in 1886 to think about a golf course to replace the courses they had been using, the basis of all their considerations was one: it should be a first-class golf course that made do with the resources the land in the dunes provided. This initial idea, it turns out today, is extremely sustainable.