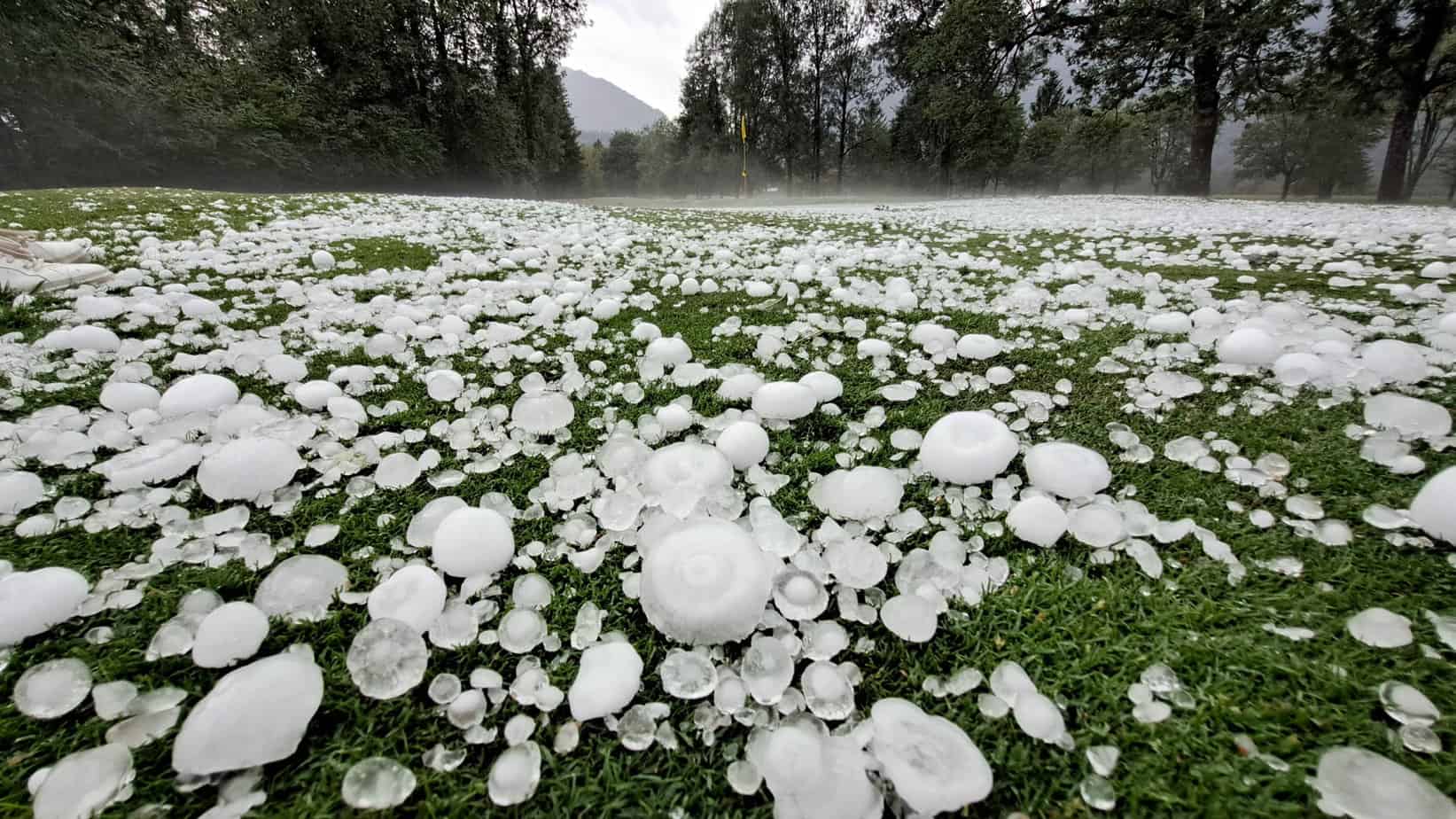 Deployment for the crisis team with expertise

Floods, mudslides, hail damage – at the GC Garmisch-Partenkirchen they know how to deal with weather extremes. The golf course gets hit by a storm more often than any other in Germany. The people from Garmisch react surprisingly calmly to this. We can crisis – is the motto. After a visit to the site, the conclusion is that over time you learn how to deal with crises and how to prepare for them.

From flood to debris flow

The GC Garmisch-Partenkirchen is located in the southernmost tip of Germany. From here you can see the Zugspitze, and to the left of the clubhouse terrace you can see a waterfall far up in the mountains. If you drive to the club, you have to cross the small river Loisach. All very idyllic.

The idyll is deceptive. In fact, here one encounters a golf course that is under constant stress regarding the issues of floods, inundations, erosions and debris flows. Which is why former longtime club manager Bruce Bakal and sports administrator Christian Fellner also made a very clear distinction between “extraordinary event,” “normal high water” and “clean high water” in a conversation. They know the details, which have far-reaching consequences for the club. 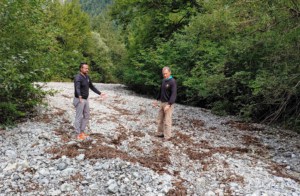 Normal high water is actually announced in the continuous program. “The Loisach comes almost every year,” Fellner says. Then the water works its way across part of the fairways until it is held back by a small built protective dam around the clubhouse and part of the buildings and holes. At this point, it must be added that the water level has been getting closer and closer to the upper edge of this mini-dike for several years. “It’s possible that we’ll have to raise the price there,” is the assessment of the management team.

In principle, however, one is prepared for normal high water. According to the announcement, every board member here is also a flood expert: The new training building on the driving range was built on stilts. Flaps on the bottom edge of the driving range hut allow water to drain away. Door reinforcements are permanently attached. “We know what we put up where,” explains the golf instructor, who grew up in Garmisch-Partenkirchen. The machines are parked in an elevated position anyway.

This frequent flooding is not even due to climate change, but rather to a new road layout and the ban on gravel extraction in the Loisach. Both of these factors result in higher water levels in the river and cause it to run into the golf course more quickly after several days of rain. If snowmelt and several days of rain come together, it becomes critical. However, as long as the Loisach water is then relatively clear, the damage is limited because the grass is not damaged by mud.

In addition, the GC Garmisch-Partenkirchen kept the issue of flooding in mind when redesigning the greens a few years ago. “We set the greens and tees higher and also paid attention to drainage paths for the water when designing the surfaces,” sums up golf course designer Thomas Himmel, who took on this part. “This can prevent a lot of damage, even prophylactically, because you can prevent dammed-up water areas, for example.”

More stressful are the extraordinary events in Garmisch. For example, the hail damage this summer, which ensured that within a very short time even the car windows of the vehicles in the parking lot were smashed and the greens were completely broken. “Our greenkeeper had tears in his eyes,” Fellner recalls. “Then the greenkeepers had just aerified three times and sanded everything, and it was all broken again.”

The grounds crew at the 18-hole facility at the traditionally well-maintained course is faced with disasters at regular intervals. In 2012, they had to deal with a Loisach flood and a mudslide. The damage totaled 400,000 euros. Excavators were busy for days removing the mud from the fairways. The tees of one lane were completely buried.

From their own severe weather experience, the crisis experts’ advice to other golf facilities is therefore: “A six-figure reserve must always be there, and you absolutely need proper insurance.” This costs the club a good 20,000 euros a year in premiums, which are considered unavoidable. The deductible is 10,000 euros. But from the point of view of the people in Garmisch, it is not possible without this insurance.

Being able to live with crises

If only because the plant, which is partially located in a landscape protection and drinking water protection area, has little opportunity to make changes through new dams or other construction. A fact that is not complained about, because all the board members are aware that the realization of a golf course in such a sensitive area would not be possible nowadays anyway.

In this respect, the GC Garmisch-Partenkirchen is simply permanently prepared for weather extremes. Only when the bad weather hangs in the mountains to the left of the valley, the waterfalls swell and there is a danger of water and earth rolling down the gorges into the valley, the excitement grows. “When the mountain comes, we’re not relaxed anymore,” Bruce Bakal says. After all, they learned in 2012 how devastating mud can be. And they know from experience that crises repeat themselves.

Strong impact for the robotic mowers