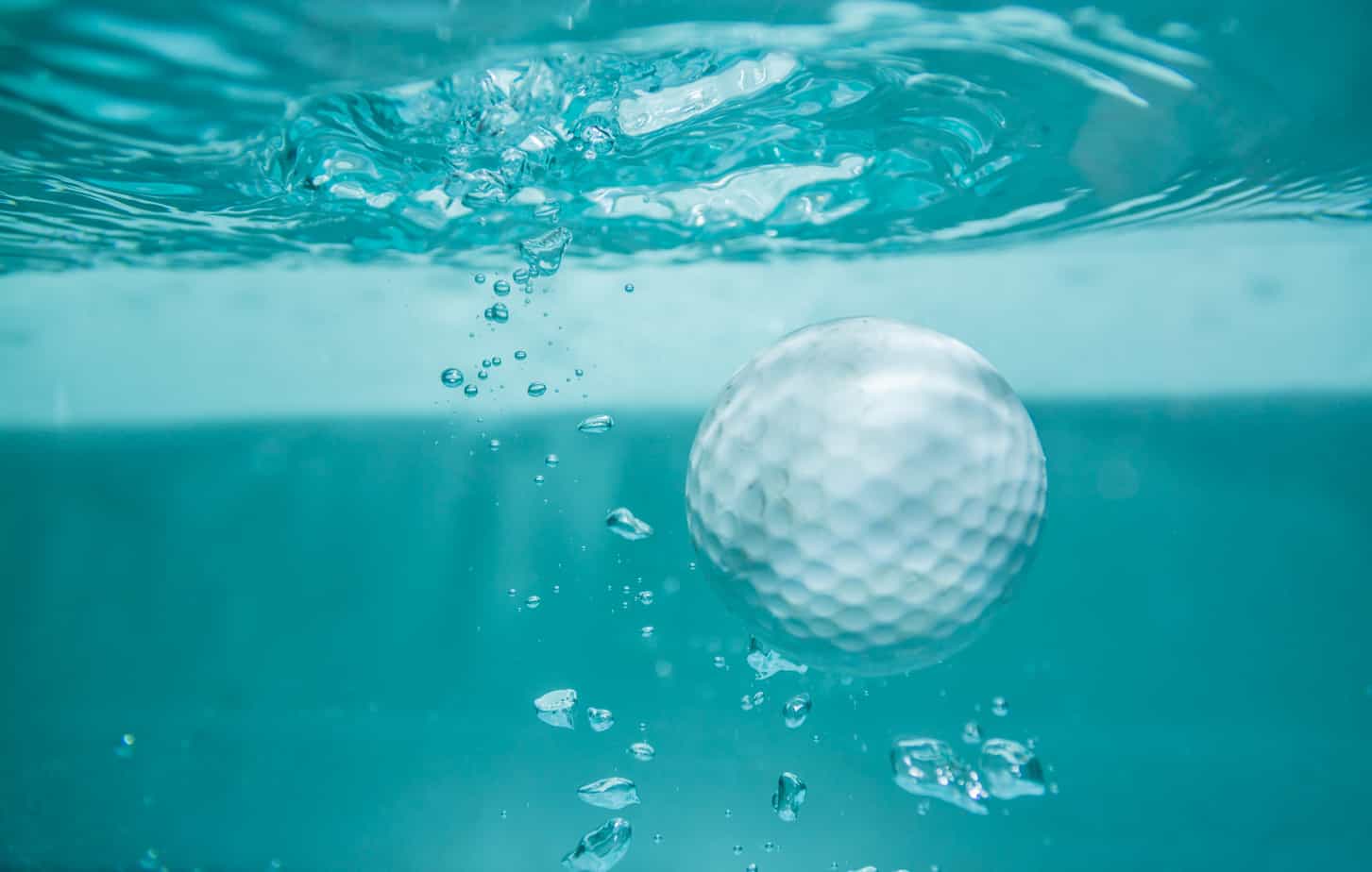 Water supply – this topic characterizes many a conversation among the representatives of German golf courses these days. For example, if you take a tour around the metropolis of Frankfurt am Main, you will find that construction is underway. Reservoir after reservoir. It doesn’t matter whether you stop by the Golf & Land-Club Kronberg, the GC Wiesbaden or the GC Hanau-Wilhelmsbad – water management is a topic.

Extreme drought in 2018/2019 initiated a rethinking

The urgency of the new supply options becomes clear in the conversation: “We learned from the extremely dry phase in 2019. It was clear that we had to do something here,” sums up club manager Markus Erdmann. At that time, the city of Kronberg declared a water emergency and then reduced the daily water withdrawal for the golf course from 400 m³ to 60 m³. With a lot of hand water and water from tank transporters, they tried to get the state of emergency under control. Nevertheless, there was a lot of damage on the fairways that had to be repaired with a lot of effort.

At first glance, the facility in the old park looks so shady and lush green. In fact, however, according to those greenkeepers who have been working in Hesse for a long time, the water supply in the greater Frankfurt area has changed. “I have worked here for 25 years. This was one of the wettest courses in Germany,” remembers Thomas Baeder, who is in charge of greenkeeping at the Wiesbaden GC. “But then the droughts got worse year by year.” The golf course cannot survive without a new water supply. The construction of a storage pond for 3600 m³ of water is currently underway, which is to be filled by precipitation, surface and drainage water. For the investment of around 240,000 euros, there is an appeal for donations in the membership. The authorities have not approved a well for the club.

Hesse, like Rhineland-Palatinate and Berlin-Brandenburg, as well as small parts of southern Germany, is one of those regions in which it is assumed that the water supply will be particularly endangered in the long term. Accordingly, in most federal states, the abstraction quantities are now being looked at very closely when applications for water rights are made. Increases are almost impossible, reductions by water suppliers and municipalities are common.

The Irrigation Working Group of the German Golf Association now assumes that in the future the extension of water rights applications will increasingly be combined with the collection of surface water. Whether it’s from the roofs of the buildings, from the parking lot drains or just collecting rainwater – there are plenty of ways to collect it. They are not used on most golf courses.
The use of process water, as is common in Arizona, Spain or the United Arab Emirates, for example, is rarely used in Germany. The Hof Hausen vor der Sonne golf club, also located in Hesse, is an exception here. Water from the neighbouring sewage treatment plant has been used here since 2004. However, this solution is only feasible if the golf course is located near the sewage treatment plant. Otherwise, the property owners, through whose land lines would otherwise have to be routed, will have to pay dearly for the use of the property.

The tour of Hessen’s golf courses also shows: Germany’s golf courses are at the beginning of an intensive occupation with the subject of water management. Many of those responsible are only realizing the complexity of the topic. In the opinion of golf course designer Thomas Himmel, co-founder of Golf Sustainable, building a reservoir of the right size is not enough. “Ideally, a reservoir is also a play element as long as it is on the pitch. That means it is visually appealing and also has a strategic purpose.” Alternatively, he points out, one could always think about building significantly larger and, above all, deeper reservoirs beyond the pure play area in order to keep the evaporation area small. “Here you don’t have to consider optical and playful elements. However, most golf courses do not have enough land available for this.”

Quite a lot of questions that the golf courses are already having to face more and more. For Christofer Hattemer, President of the GC Hanau-Wilhelmsbad and the Hessian Golf Association, it is therefore important to get into the subject intensively at an early stage and to point out the subject of water in communication with the members.
In the GC Hanau-Wilhelmsbad, where a reservoir is also being planned, the last major dry phase is still well remembered. “We also noticed that during the drought of 2018 on our numerous trees, which were extremely stressed by the drought,” notes groundskeeper Klaus Dreßler. “We then felled around 500 trees. In the meantime, with new trees, we also make sure that they can cope better with little water.”

A look at the ” Drought Monitor” from the Helmholtz Center for Climate Research agrees with Hattemer and Dreßler. Even after the relatively wet year 2021, the map shows many cases of severe to exceptional drought in Germany in the two categories “Topsoil up to 25 cm” and “Total soil up to 1.8 m”. In addition, the groundwater level in Germany has fallen continuously over the past 20 years. According to the latest research results from the Karlsruhe Institute of Technology , nothing will change.
The days of lavish and uninhibited irrigation on golf courses are over. Many golf courses in Germany have learned this lesson since 2018. For those who have not yet mastered the subject, the learning process could be very abrupt.