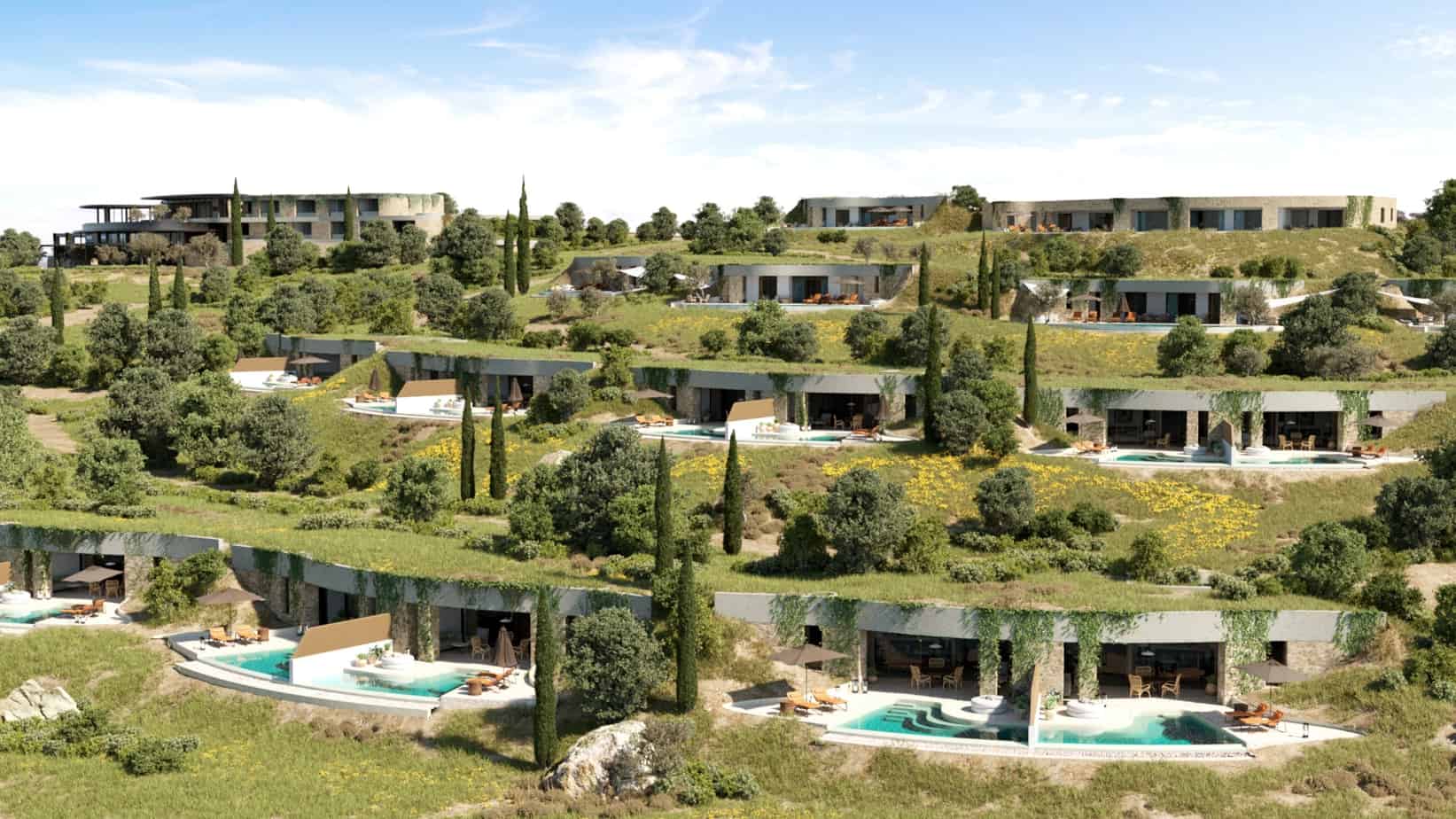 Sustainability and a large golf resort – many guests initially think, they are incompatible. I am not exempt. When I stood for the first time in 2008 with Erwin and Bernhard Langer on the dusty terrain of the Navarino Dunes golf course, which Bernhard Langer had designed for the owner of the resort, the view of the unspoilt coastal landscape was spectacular – and my premonition for the years to 2020 rather gloomy: flat complexes of the rather ugly kind, a paved coast, pure tourism, just as we know it from the Costa del Sol in a sometimes rather depressing way.

Twelve years later, the resort is nominated for the World’s best eco-friendly golf facility award at the October 2020 World Travel Awards. And: If you take a closer look at the sustainability measures on site, you actually start to believe that the topic of sustainability is being considered far more than is usually the case.

Because we’re already on the subject of “looks”. What is striking, for example, is the rather unusual approach to the subject of architecture . Nothing out of the ordinary with the two existing hotels and the first clubhouse right next to it. Classic resort architecture that will probably not win a sustainability award.

Things are different with the newest buildings: the wave shape of the 2,000 square meter clubhouse on the Bay Course that has just opened is undoubtedly a highlight: ultra-modern and at the same time pleasingly invisible. In its flat wave shape, it disappears optically pleasantly into the hilly landscape of the coast and is hardly noticeable from a distance.

The various roof areas are planted. In the end, a total of 27,500 plants and trees will be planted on the roof and in the immediate vicinity. From a purely technical point of view, the building complies with the latest standards in terms of energy efficiency. The building has been nominated for the World’s Best Clubhouse category at the World Travel Awards .

And: The new “Earth sheltered villas” of the eco-luxury resort with 99 rooms, which is currently under construction, look really interesting. Looking at the visualizations by Tombazis & Associates Architects, the viewer feels a little reminiscent of hobbit dwellings from the film Lord of the Rings. All rooms are hidden underground in the slopes or also have planted roofs. Local building materials are primarily used, and energy efficiency is also the top priority here.

The gratifying consequence: The combination of landscape-friendly optics and comparatively little development – in the resort area only ten percent of the land is developed – results in a gratifying natural overall appearance in a coastal landscape. Despite two golf courses and several hotels, the view of the landscape is still spectacular.