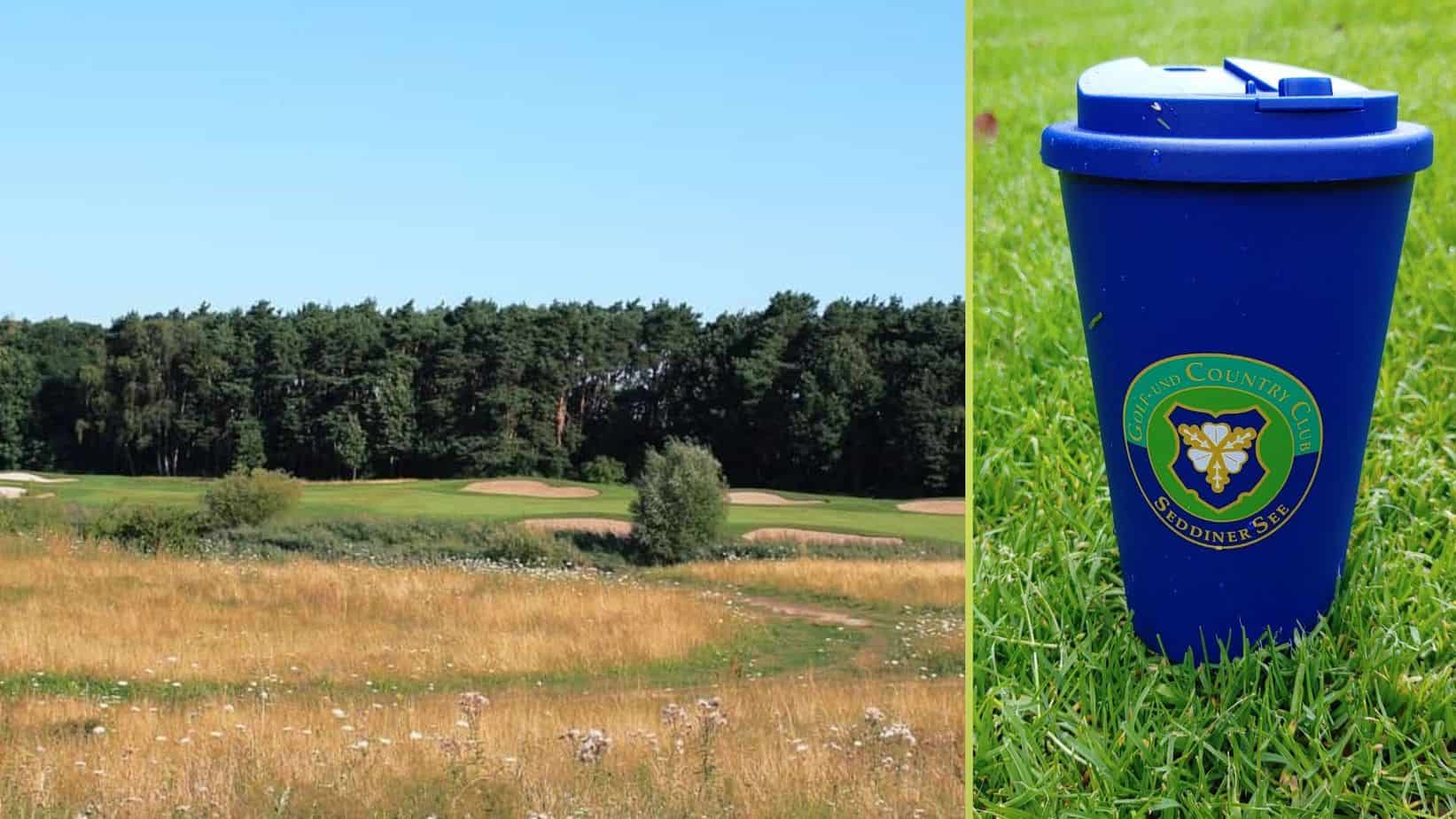 140.000 to-go cups, 320.000 disposable cups – according to the analysis of the Federal Ministry for the Environment, this is the amount of plastic waste that accumulated every hour in Germany before the new packaging law came into force. The production and sale of numerous disposable items has now been banned for around a month – including on golf courses, which also increasingly entered the to-go business during the Corona crisis.

The G&CC Seddiner See is now countering the problem with the so-called “ club cup ”, which every member receives as a gift. Guests can buy it against a deposit for five euros. The reusable cup made of polypropylene has two lids and is also insulated so that it can be used both as a drinking bottle and as a cup. The club starts the campaign with 1800 cups. Disposable paper cups are no longer issued – last year there were almost 5000 pieces, which corresponds to a waste volume of 80 kilograms. Claudine Friebe , who runs the restaurant in the club with her husband, initiated the campaign and supports the project with three other partners. 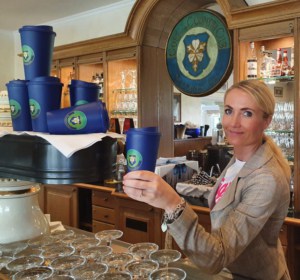 Basically, the facility wants to raise awareness of the problem of garbage in the golf sector among club members and guests. The disposable paper cups, which are currently still permitted, ultimately result in larger amounts of waste. According to a study by the Federal Environment Agency, around 1.7 billion disposable paper cups were used in Germany in 2016.

How does the golf industry generally deal with the topic?

There is no uniform statement on the subject of “dealing with packaging waste” in Germany. There are no best practice examples or recommendations on the subject from the German Golf Association, the Golf Management Association or the Federal Association of Golf Facilities. Internationally, however, the first larger golf courses have already dedicated themselves to the topic.

“In any case, we resisted giving out the disposable cups from the start,” explains Korbinian Kofler, managing director of the Wittelsbacher GC near Ingolstadt, the approach of another golf course. As President of the Golf Management Association in Germany, he has also observed that the topic of plastic packaging “is present, but is more of a sideline to day-to-day business”.

However, according to his assessment, the understanding of the members – at least in the Wittelsbacher GC – for the topic of avoiding plastic waste is already very high. “We offered takeaway with a two-euro price reduction per portion if people brought their own boxes, and almost everyone did the same,” he notes. Biodegradable boxes had been used anyway. However, disposable cutlery made of bio-based or biodegradable plastics has also been banned since July 3rd. The same applies to disposable tableware made of cardboard, which consists only to a small extent of plastic or is covered with plastic. The challenge for club gastronomy remains: “Coffee to in a disposable paper cup” is a “no go” says the G&CC Seddiner See. This makes the club clearly one of the pioneers in terms of waste prevention in the golf scene.

Co2 neutrality is an enormous project for golf courses