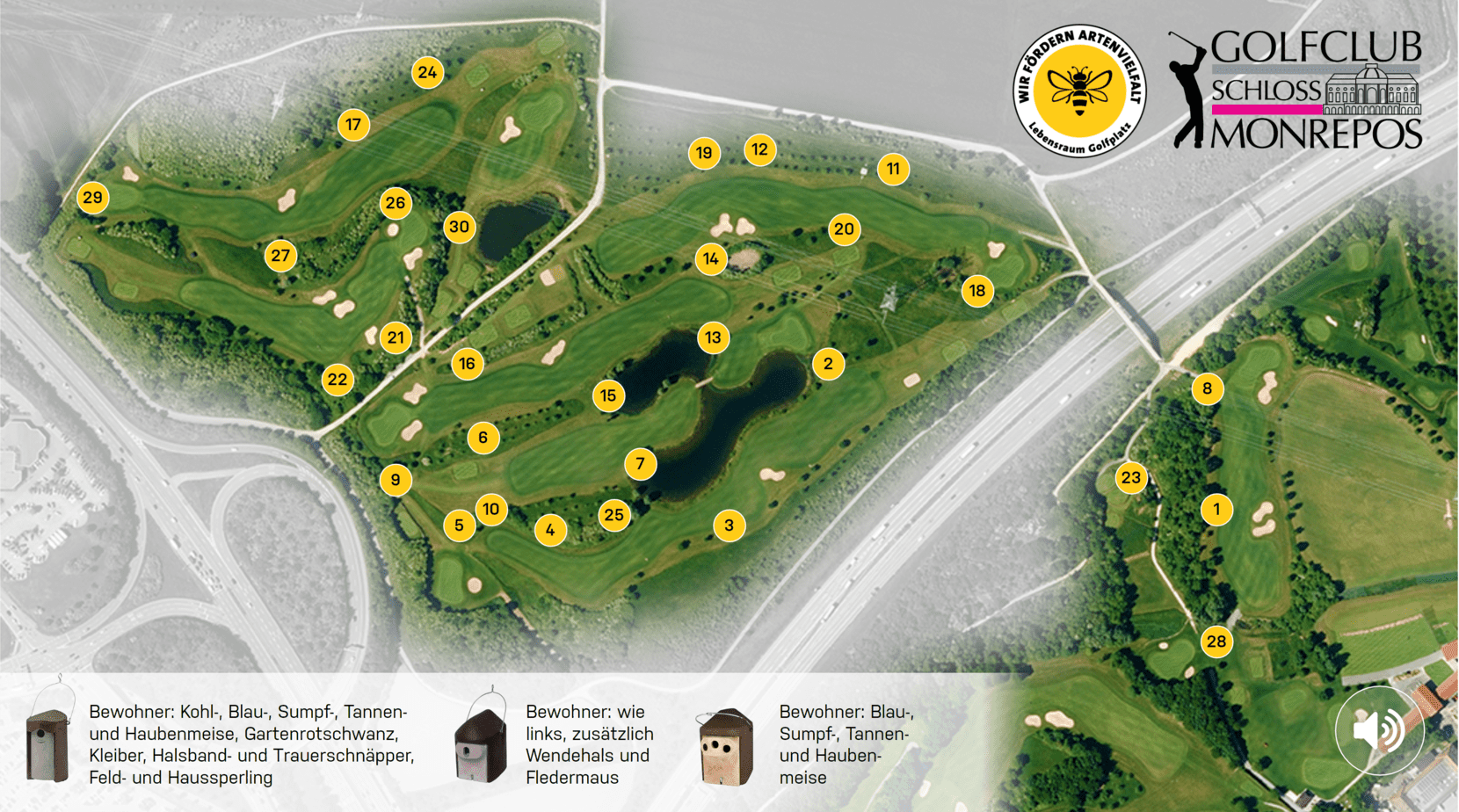 30 birdhouses have found a sponsor at the GC Schloss Monrepos. The golf course, which belongs to the Hofkammer.Golf association in Baden-Württemberg, caused a sensation with a special campaign for the golf course habitat project. “The birdhouses were sold out within a week and a half,” sums up Marc Frederik Elsäßer, Managing Director at Hofkammer.Golf enthusiastically.

The nice thing about it: All birdhouses on the map are marked on an interactive map and backed up with photos. The godparents will find their name and a picture of the respective photo after a short click.

Round table for biodiversity

The campaign was also part of a so-called Round Table for Biodiversity , which was set up at the Schloss Monrepos golf club near Ludwigsburg. On the part of the golf course, Günther Kasten is responsible as the coordinator for all measures relating to biodiversity. “I actually always felt a little alone with the topic here before,” sums up Kasten, who had already followed the construction of the golf course as a member of NABU.

Now he meets regularly with the representatives of the sport fishing club Ludwigsburg, who fish part of the ponds of the golf course, a beekeeper and the hunting tenant to talk about sensible measures to increase biodiversity. “The exchange is definitely very valuable, for example you get information about the water quality from your fishing colleagues that you wouldn’t have otherwise.”

As far as bird numbers are concerned, Kasten is enthusiastic about the Schloss Monrepos golf course: “There used to be no trees or bushes here. Now almost every track has its own nightingale.” The selection of the new birdhouses was limited to three bird species, all of which breed in caves. The cleaning of the aviary is also taken care of by Kasten, who now also conducts successful ornithological tours on the site. “Here it’s mainly about raising awareness of the issue among golfers,” states Kasten. Many participants in the guided tours only notice the birds on the round of golf afterwards.

Kasten himself, who has been an ornithologist for a long time but has only been a golfer for four years, has come to appreciate the living space at Monrepos Castle. His next project are the meadow orchards. He is certain that there can never be a lack of biodiversity projects on a golf course.

Which environmental certificates are there for golf courses?