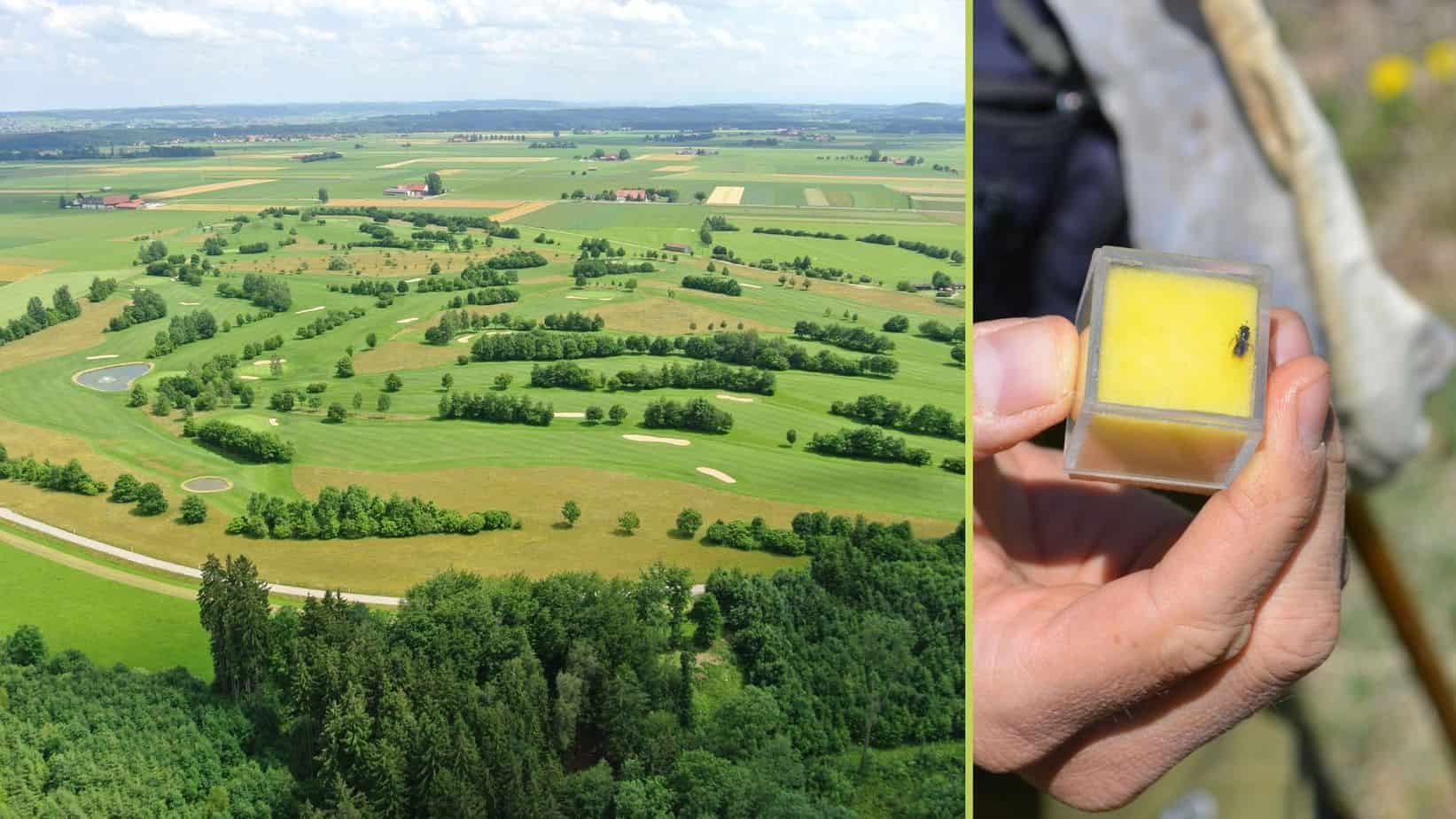 GC Memmingen is a best practice model for wild bees

When it comes to wild bees, the GC Memmingen Gut Westerhart is a best practice model. The wild bee specialist and biologist Sebastian Hopfenmüller from the University of Ulm took stock of the “little buzzers and hoppers” as part of the“ Golf & Nature ”program. The expert selected three meadow areas and a small flower sowing as study areas. The result was not only a positive surprise for the specialist:

A total of 60 different wild bee species that have found their “home” on the golf course went into the net for the expert. According to Hopfenmüller, three of them are on the “Red List” in which endangered species are listed. These are the forest edge wasp bee (Nomada facilis), which is threatened with extinction in Bavaria, and the pippau sand bee (Andrena fulvago), which is endangered throughout Germany, as well as the two-humped mason bee (Osmia leaiana).

“One particularly remarkable find is the forest edge wasp bee, which is threatened with extinction and is very rare in Bavaria. Unfortunately, I only found a single male,” says the biologist. The habitat of the forest edge wasp bee is flowering forest edges and meager meadows. Known as the cuckoo bee, this species relies on the presence of ‘host species’, which include the pippau sand bee, also found at the golf course. The expert in Westerhart did not discover the second “landlady”, the common sand bee (Andrena humilis). But three other species, that he was able to examine during his excursions on the golf course, are also on the early warning list for Bavaria and Germany.

Action exceeds the expectations of the specialist

As the expert explains in his six-page report, he found eight other wild bee species that target the pollen of specific plants. Three of them specialize in daisy family, two in bluebells, two other species in legumes such as vetch and vetchling, and one species that prefers mignonette. (Resede or Wau called, is a genus of plants in the mignonette family. It is the only genus of this family that occurs in Central Europe. Editor’s note.) The pippau sand bee (Andrena fulvago) likes daisy family and likes to visit plants like pippau, hawkweed, dandelion and piglet weed. It lives on the edges of forests, hedges and on poor grassland and needs bare or sparsely vegetated areas of ground to build its nests.

“The campaign exceeded my expectations. I didn’t expect such a wide range of species on a golf course,” says the biologist, who visited four designated study areas on the golf course. Animals that he was able to identify on site were released after the assessment, all others were killed with ethyl acetate and then prepared and identified in the laboratory.

How do you encourage wild bees?

Basically, the Gut Westerhart golf course , which is located to the west of Memmingen in the “Unteres Illertal” natural area, has done a lot to promote biodiversity. The golf course covers 75 hectares. The entire area is criss-crossed by many rows of trees and islands. In the eastern part of the complex there is an extensive meadow orchard with old apple, pear and plum trees. In autumn 2020, another 50 young fruit trees were planted. Several standing bodies of water are home to numerous water lilies.

Biologist Hopfenmüller also advises on other projects: The diversity of wild bees on the golf course can be significantly increased through additional nesting and food resources. The spread of the non-native multi-leaved lupine (Lupinus polyphyllus) should be prevented at all costs, as it crowds out rare plants such as orchids. “There would still be enough space for open ground, nesting mounds or sandy areas at a certain distance from the fairways,” explains the expert, who also pointed out that the so-called “bee hotels”, which can often be seen, are of no use to wild bees.

The “wild bees” campaign on the Memmingen golf course was subsidized at 50 percent by the lower nature conservation authority of the Unterallgäu district office. The golf club thanked Katharina Grimm for the excellent cooperation, which, according to Christian Montén, will hopefully continue to bear fruit. “The wild bee mapping was an unexpected success. We are thrilled,” enthuses the club manager.

In the course of 2021, ten more bee colonies are to be settled on the golf course and additional nesting boxes are to be hung up. The grass that comes from mowing is to be sold as organic hay. Furthermore, it is planned to offer guided tours through the “landscape oasis golf course” in order to inform interested parties about the nature conservation measures of the club. In the fall, the Westerhart golfers want to have the apples and pears processed into juice. “We appreciate and protect nature, because without it a golf course makes no sense,” sums up Hermann Kutter, honorary president and builder of the golf course . The commitment is bearing fruit: GC Memmingen Gut Westerhart is also one of the first ten golf courses in Bavaria to receive an award as part of the Bavarian Bloom Pact .

Golf course Gut Apeldör cooperates with Too Good To Go