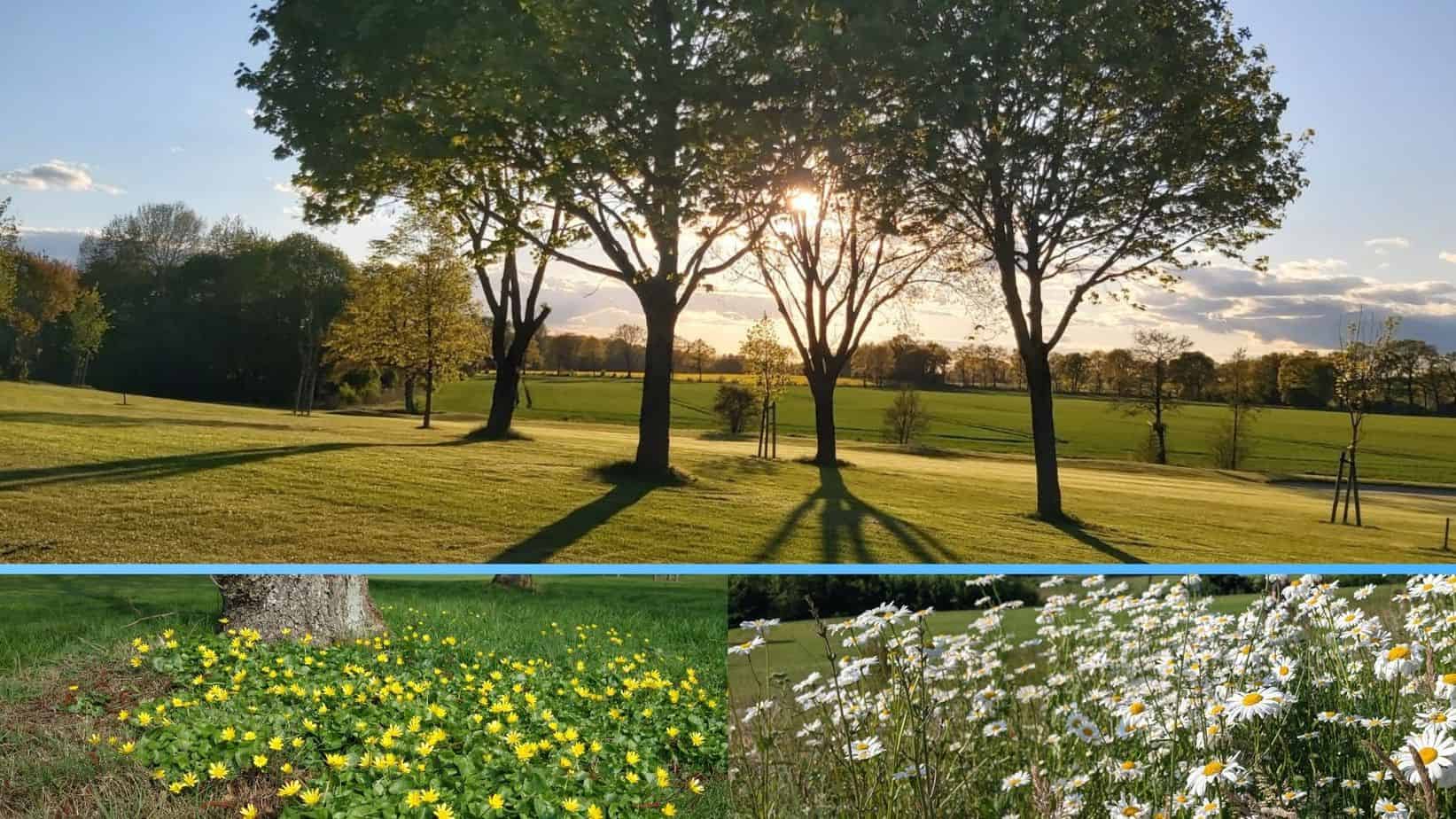 At the Golf Club Grossensee in Germany you meet experts: mapping of birds and amphibians, biotope recording, data on water, documentation of the numerous golf & nature measures that arise on a golf course, which were already included in the DGV “Golf & Nature” program in 2018. was certified with the honours in golf. Anyone who visits the facility will notice that both the board and the greenkeeping side have gone deep into the sustainable maintenance of the course.

1150 members use the facility in the east of Hamburg, which belongs to the Schleswig-Holstein Golf Association . Head greenkeeper Heiko Tock and his team have to take care of 27 holes. Every day they try to find an ideal compromise between “top quality and lean care”. And the visitor also realizes that with the changes in the climate in recent years, the challenges are growing, even if you approach the topics with commitment, as it is the case here.

Fairway irrigation can become a luxury

“We definitely have a water issue here,” says Norbert Prigge , who has been the site’s chairman since 2008. The approved amount of water withdrawal is 25.000 m² by German standards at the lower end, at the same time the amounts of precipitation have clearly decreased. “This year, by mid-year, we were at the point where we decided to stop irrigating the fairways,” notes Prigge. Fortunately, from mid-July the summer got comparatively wet.

Nevertheless, when it comes to grass types, attempts have long been made to work with a mixture of Festuca and Agrostis on the greens. “It simply needs less water,” says Heiko Tock, summing up the areas converted in 2018 and 2019. He also likes to test grass variants around the greens and the front greens, especially on the short course, which could help the club in the long term in terms of climate change.

With nematodes against rook damage

At the same time, a pilot project with the plant protection working group of the German Golf Association for the use of nematodes to combat Egerlingen on the fairways is also running. These are picked out by the rooks, which cause heavy damage. “Insecticides are not permitted anyway,” the greenkeeper sums up. “We work a lot mechanically on this facility anyway.” Nevertheless, the difficulties remain: “In the end, we go from one extreme to the next when it comes to the weather.”

The facility, which was built on land that was formerly used for agriculture, now impresses with a diversity of species that is astounding. As early as 2016, a report by a specialist office alone identified 46 species of breeding birds. These included various Red List species such as the whitethroat, the jay or 52 pairs of chaffinch alone. “The area is characterized by a high structural and species diversity for the relatively small area,” the experts stated. In addition, you can always set new accents, for example with an extra stork’s nest.

In fact, since the facility was created in the mid-1980s, a landscape has developed, that offers a great deal of diversity with its numerous bends, many trees, various biotopes and an adjacent moor area. In particular, the care of kinks, an issue on many facilities in Schleswig-Holstein, proves to be labour-intensive. The hedge structures have to be cut down again and again. In Grossensee, parts of the clippings are then used as deadwood for animals and insects. Wildflower meadows have been created. The orchards that were planted, when the facility was founded, have meanwhile thrived. Probably also because they care about professional tailoring.

During the conversation, it becomes clear, that trying to meet all the regulations and all the requirements of the “Golf & Nature” program is not always easy for a golf course with 27 holes and 7.5 greenkeeper positions: “We now manage 47 tests alone of buildings, machines or labor law processes in the year,” say those responsible for the site. With the corona pandemic, it was sometimes extremely difficult to get companies to come to the plant for these acceptance tests.

Despite all the challenges, the bottom line is positive: the club is running well, the finances are right, the quality is right. So the golfer is consistently satisfied here. However, he does not know what a tour de force is often behind this quality.