Last Updated on 24. February 2022 by adminGolfSustainable 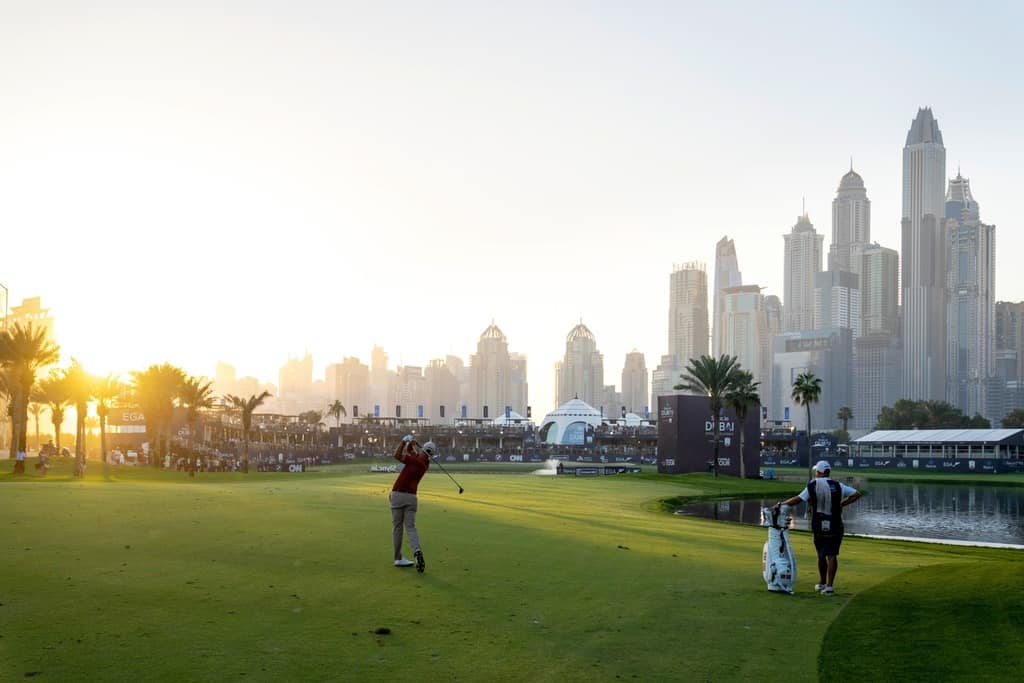 Sustainability Sunday was the name of the campaign with which the Slync.io Dubai Desert Classic , part of the Rolex Series, attracted attention this year in addition to the purely sporting events. With a remarkable series of measures in the areas of waste, transport and energy, the tournament at the Emirates Golf Club was made to be significantly more sustainable than most other events on the DP World Tour. An energy mix of 20 percent biodiesel and 80 percent solar power was used for large parts of the event, which massively reduced CO² emissions. Among other things, a 100 meter long solar panel was set up on the 11th hole.

Tickets were only available in digital form to save on paper. Plastic bottles were no longer available locally. A recycling bus at the entrance to the event arena sorted the waste. In order to save CO² emissions when removing the waste, it was first compacted to reduce the volume. At the same time, the use of disposable cutlery and crockery was stopped, and compostable cups and cans were used instead of plastic bottles. The PVC recycling rate for all structures in the tournament was 100 percent.

The organizers and the club thus documented that sustainability plays a relatively important role in numerous places in Dubai. This surprises numerous golfers again and again, who often think of the enormous consumption of resources in view of the Arabian high-end courses with their perfectly maintained courses. In fact, facilities such as the Emirates Golf Club or Saadiyat in the neighbouring state of Abu Dhabi manage to save resources with numerous projects, especially in the areas of water and energy. There is no shying away from large investments in new technologies.