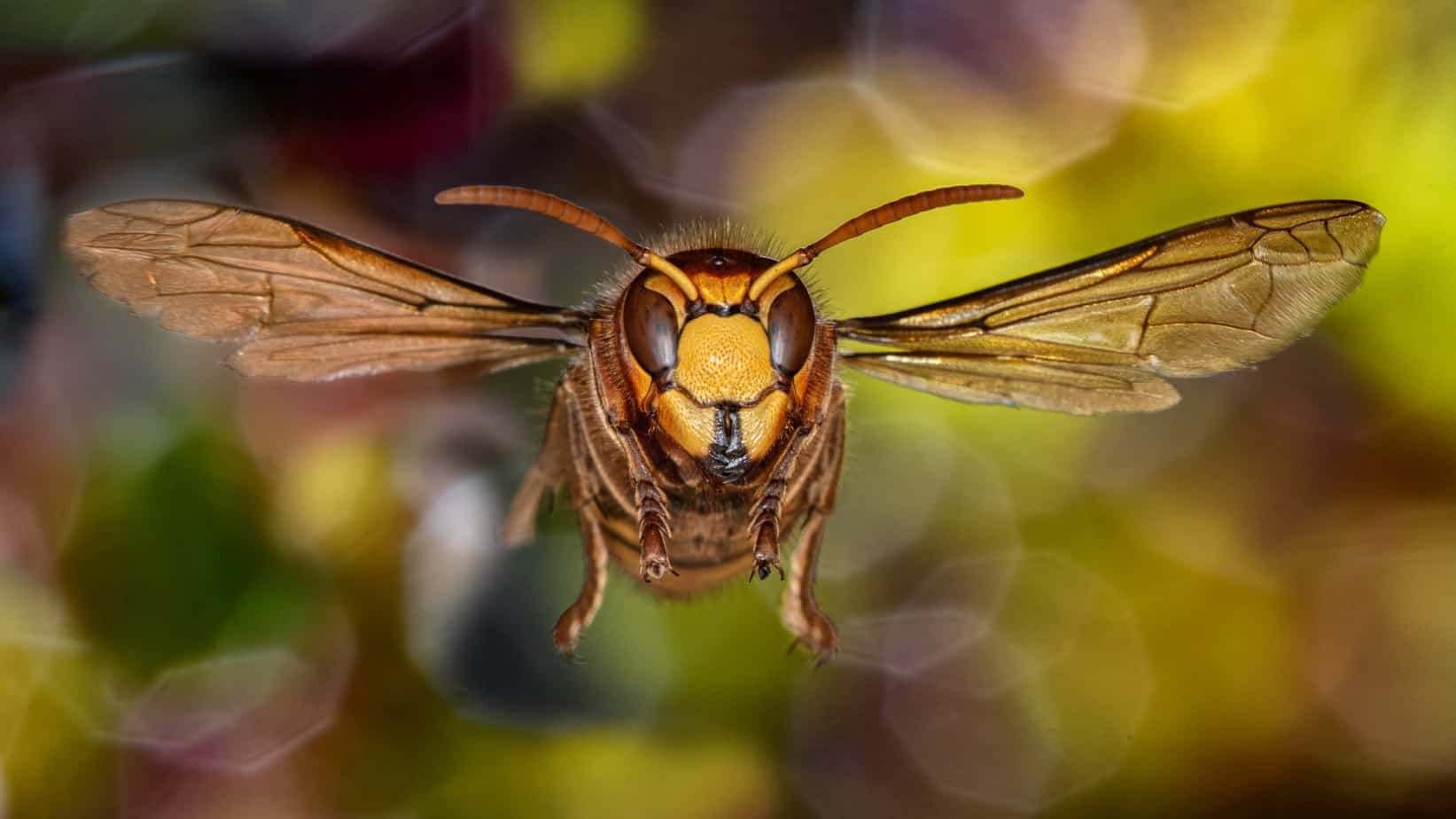 This is how hornet resettlement works on the golf course

“Well, now the hornets just have to move into their new home,” says Jan-Erik Ahlborn and climbs down from the long aluminum ladder. He has just attached an incubator for hornets to a dead tree on the grounds of the Memmingen Gut Westerhart Golf Club, a member of the Bavarian Golf Association . “Working with the operators of a golf course is a new field for my wife Bettina and me,” says Jan-Erik Ahlborn. The wasp protector would be delighted if other golf courses followed suit. The trained pest controller from Mindelheim affectionately describes the hornet, the largest living wasp species in our country, as “peaceful wooden house builders” that nobody need fear. “A peaceful coexistence between hornets and humans is possible,” assures the 46-year-old.

Resettlement on the golf course

However, members and guests of the golf club saw things differently in 2021. In the hut, where there is a ball machine, hornets had nested and caused fear among the golfers. “In order to give the animals an alternative in the future, we decided, in cooperation with Mr. Ahlborn, to hang up two incubators high up in the trees and to set up an observation box for hornets,” explains club manager Christian Montén . The showcase gives interested parties the opportunity to safely observe hornets building and operating their nest. The observation station is set up near the beehives and can be reached via the public hiking trail in the direction of tee 7. Bettina and Jan-Erik Ahlborn put together the new “apartments” for the hornets in their garage at home. 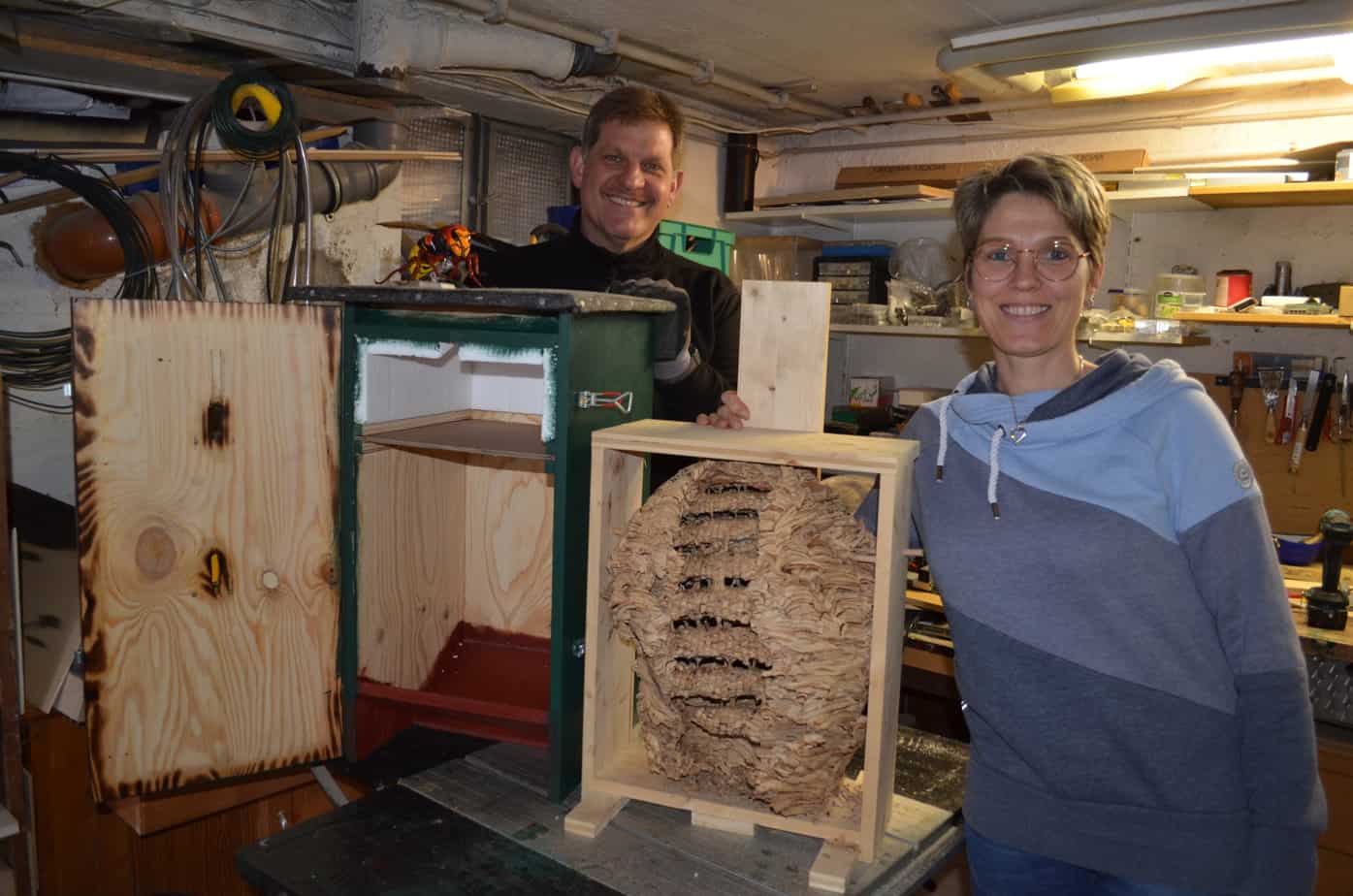 The couple loves everything that buzzes and buzzes, especially hornets. “Unfortunately, big wasps don’t have a lobby with us. Up until the 1970s, they were on the verge of extinction,” says Ahlborn. In his opinion, the hysteria about the hornets has a lot to do with prejudice. Who doesn’t know the sentence “Seven stitches kill a horse, three a man.” This old saying still haunts many people’s minds, but according to Ahlborn it’s wrong. Hornets look dangerous but are mostly harmless. “The big buggers would flee rather than mess with humans – unless they get too close to the hornet’s nest.”

From pest controller to hornet consultant

A trained pest controller protecting wasps and hornets, how does that fit together? “Hard to understand, I know,” says the 46-year-old. After his time in the Bundeswehr, he had to reorient himself professionally and came across this profession. One day he got the order to smoke out a small colony of paper wasps. “The animals accepted their death without resistance,” says Ahlborn. After the action, the penny dropped for him. “What are you doing, idiot?” he asked himself. Because he felt so sorry for the animals, Ahlborn became “from Saul to Paul”.

He bought specialist literature on wasps, read it, and in 2007 attended courses on nature conservation and wasp protection in the Hanseatic town of Wipperfuhrh, 540 kilometers away. He found a new teacher in Peter Tauchert from the “Wasp Protection Campaign”. “Bub, I’ll judge you,” were his words of greeting. Tauchert obviously succeeded, because Ahlborn gave up his job as a trained pest controller in 2011. Today he works full-time as a caretaker in the Bavarian district of Unterallgäu.

Bettina and Jan-Erik Ahlborn ‘s free time still belongs to the big bangers: the couple have dedicated themselves body and soul to the protection of native social wasp species, wild bees, native bumblebees and wood ants. They have been working part-time as nature educators for 15 years now. They are speakers for wasp consultants, approved movers and gamekeepers. In 2017, the team was awarded the German and Bavarian Animal Welfare Prize. “We’re a bit crazy in our efforts to protect wasps,” both assure.

If you have any questions about dealing with hornets, you can contact Jan-Erik Ahlborn at any time at ahlborn@hornissenberater.de . Otherwise, there are voluntary wasp advisors throughout Germany who provide information. Beekeepers’ associations and the citizens’ service of district offices can also help with competent contacts.

GC Husumer Bucht: The game of golf is guided entirely by the wind
Scroll to top