Last Updated on 11. March 2022 by adminGolfSustainable 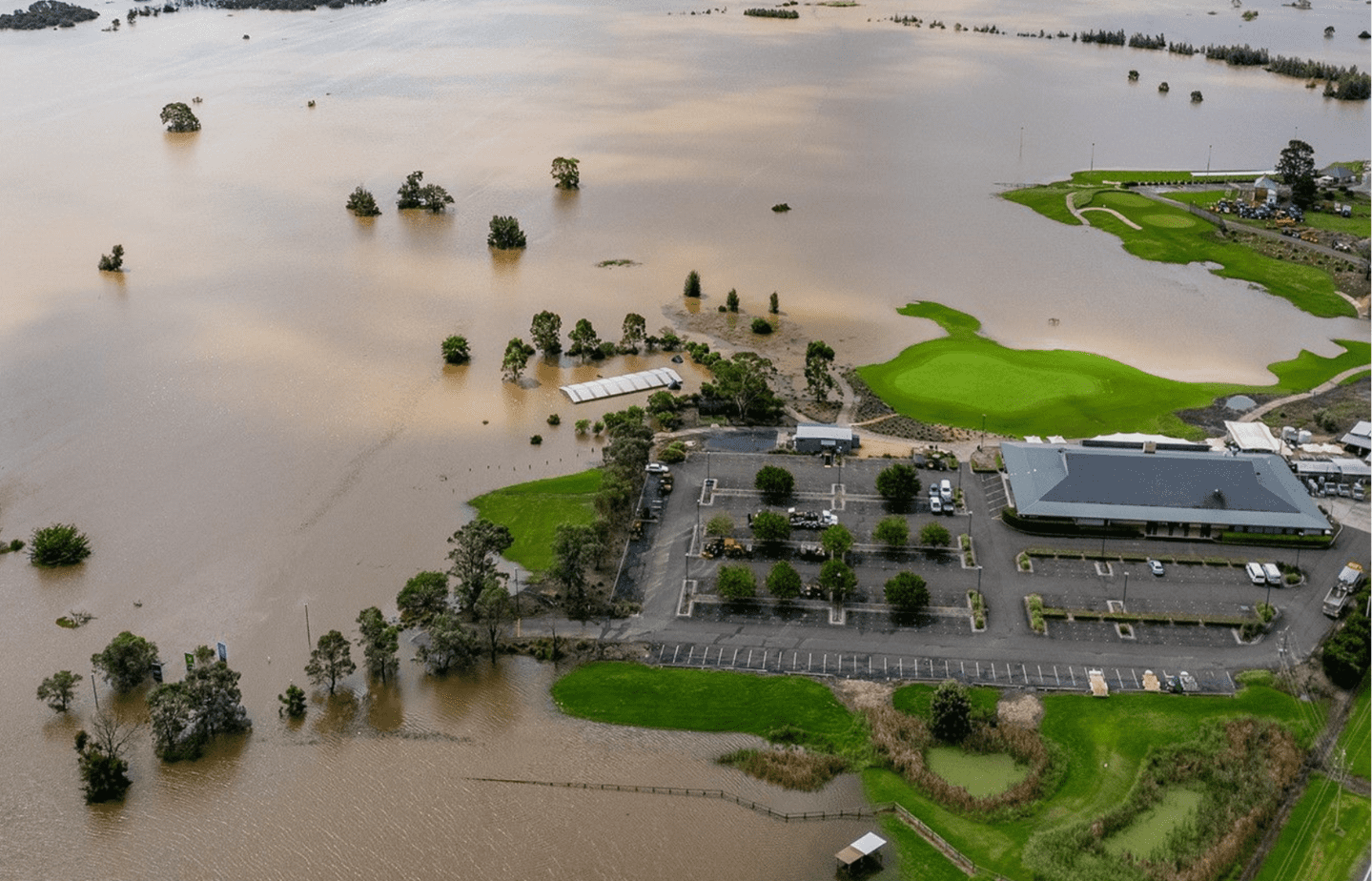 Matt Bailey is currently experiencing what happens when a so-called 1000-year flood occurs again after about a year: The General Manager of the Lynwood Country Club near Sydney has seen the 18-hole course disappear into the water in the past few days – just like in 2021. And just like in 2020, by the way, when the area also suffered from flooding. Of course, many of the golfers on Australia’s east coast are currently having other problems than the question of when the greens on their home club will be playable again. At the end of February, a rainy weather band from northern Brisbane down to Sydney caused loss of life, flooded cities, broken infrastructure.

A year of repairs is pending

Nevertheless: The golf scene is also hit hard. “It will probably be a year before the last bunker is repaired and everything is back to normal,” sums up Steve Smith, golf course consultant and host of the podcast “The Golfing Greenkeeper” . In his opinion, it will probably take around six months before the mud and flying parts have been cleared away and the greens have been seeded and grown again. “It’s all really upsetting. We are almost in the middle between the weather phenomena El Nino and La Nina, which first bring extreme drought and then extreme precipitation. However, the fact that we have three floods in three years is extreme.”

Due to climate change and increasing global warming extreme weather phenomena are increasing. Dr Andrew King, climate scientist at the University of Melbourne, points out in an interview with the British Guardian ,therefore, point out “ that the statement that it is a so-called millennial event is definitely misleading. “People don’t understand that this doesn’t mean that the event only happens once every 1,000 years and that as the climate changes, the likelihood of these events also increases:”

Those responsible for golf courses such as Lynwood Golf, but also Riverside Oaks, Carbrook or Ashgrove Golf Club can only confirm this: Like many areas in Australia, they mainly suffer from rivers gaining water inflow, overflowing their banks and flooding adjacent areas. The Mary River at Gympie in north Brisbane reached a height of 19.36 meters on February 28, with river walls ending at 9.98 metres. With 611.6 mm of rain within a phase of three days, a new three-day record was set. Well-known tournament courses such as the Royal Queensland Golf Club also had to close.

Damages are in the millions

The following costs for the golf courses are enormous and run into the millions for individual courses in view of the green fee losses. In Lynwood Country Club, where 29 greens had to be completely reseeded due to the floods in 2020 and 2021, 20 greens now have to be renewed again. Matt Bailey knows the membership is behind him: ” So far the golfing membership has been overwhelming supportive of the club and the staff. Our members are very proud of their golf course, they are obviously upset but are determined to see the course thrive again. We will be having many volunteer days over the next few weeks.”

The possibilities of slowing down the floods on the golf courses are limited. “The fact is that many new golf courses on the East Coast have been built on land that has not been cleared for building construction due to the risk of flooding,” explains Steve Smith. If dams and walls break, the golf courses are immediately affected. Insurance for this is not available. Lynwood Country Club received no compensation from the state for the first two floods.

Nevertheless, the golf club, like other affected facilities such as Riverside Oaks, does not want to deviate from the area: “Lynwood is a very special piece of property,” sums up Bailey, ” it would be hard to find or afford a similar sized property in higher areas of Sydney.. If another flood was to occur in the near future, there would be discussions around the viability of the current course, but Lynwood will always be a golf precinct for the Hawkesbury community. ”

With every tide, there is only a growing realization that fewer bunkers and better water drainage systems can reduce the damage somewhat. As Tomy Lam General Manager of the 26-hole Riverside Oaks Golf Resort near Sydney told InsideGolf after the end of the 2021 flood explained that work is constantly being done to create large new drainage areas on the site. But that only helps to accelerate the removal of the water masses. “Flooding will continue to occur here in the Hawkesbury area.” And the belief that so-called millennial floods only occur once a millennium has long since been dispelled on the east coast of Australia.