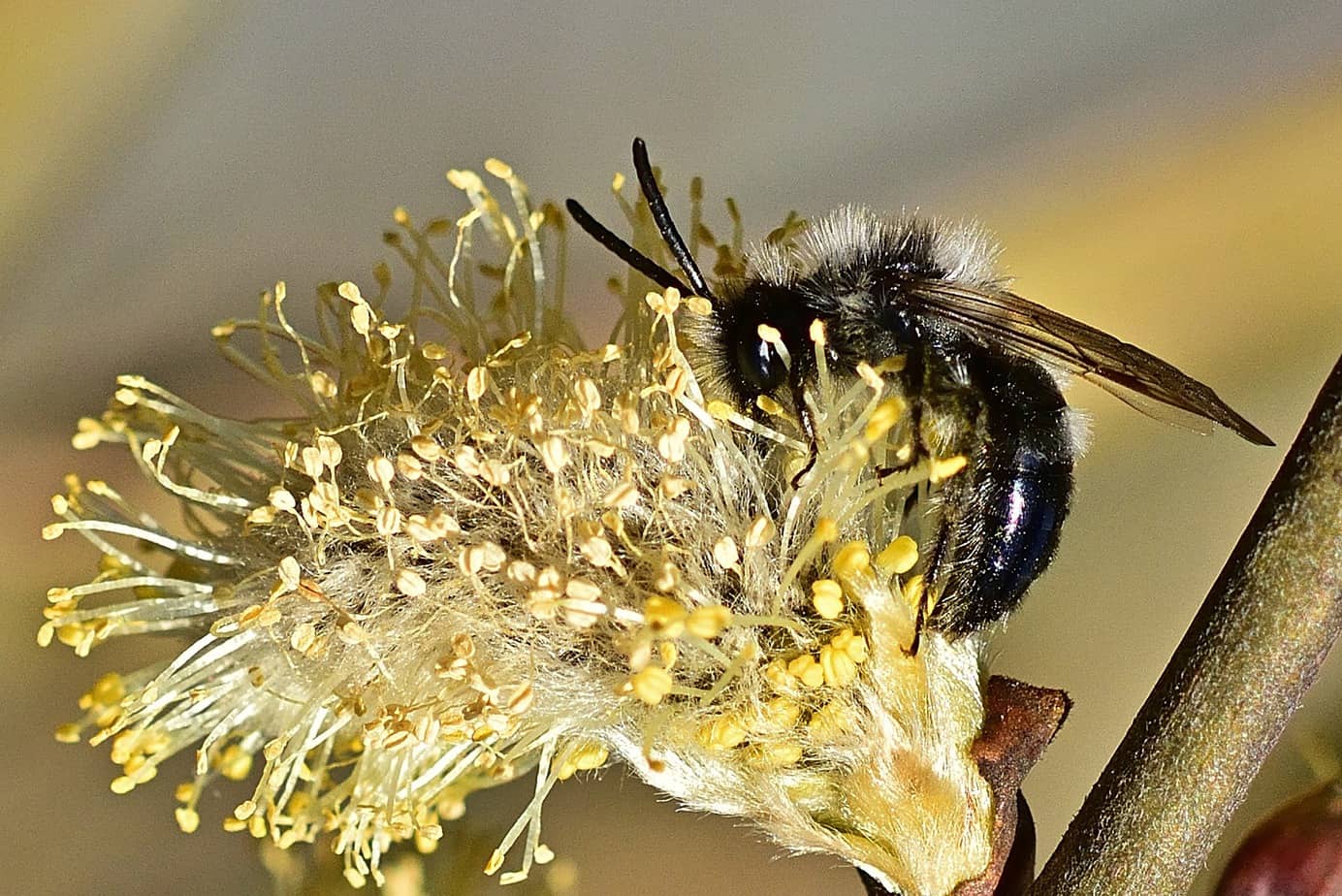 The Feldafing golf course as a refuge for wild bees

It was an encounter of a special kind: on July 23, 2019, the biologist Johannes Schuberth discovered a two-humped mason bee . She was sitting on a thistle on the edge of a flower meadow that stretches west of the driving range at GC Feldafing . A surprise, because: Two-humped mason bees are rarely encountered – in any case, they were last recorded in the district of Starnberg in 1950. It is considered an endangered Red List species and is one of 52 different wild bee species discovered by Schuberth while mapping the 60-hectare golf course site in 2019 . Schuberth now found a “respectable result” when he published the result of the mapping. According to his assessment, the golf course area is definitely important as an investigation area for wild bees – even though the area of the GC Feldafing with its many wet areas is rather atypical for wild bees.

They love it sunny, warm and dry, they often build their nests in the ground, but sometimes also in dead wood, wall joints or crevices. From there they swarm out to head for a wide variety of plants as a source of pollen or nectar. The more varied the area with flowers and plants, the more varied the wild bee species on a site. The variable and the colorful bumblebee, both also on the Red List, were also discovered on the golf course. In total, the biologist came up with four Red List species and ten that are classified as so-called valuable species.

The investigation on the Feldafing golf course was not the only one of its kind that was carried out by the German Wildlife Foundation in 2019. Together with the German Golf Association , a wild bee protection project is currently being carried out, which is part of the “Golf and Nature” certification program. The aim of the campaign, in which the Bavarian Golf Association is also involved, is to provide larger unplayed areas on golf courses for insects. Wildflower meadows, for example, should be at least 500 m² in size so that they are really suitable as a habitat.

While honey bees are now very popular with the general public in Germany, the life forms of wild bees are mostly unknown. Almost 54 percent of the Bavarian wild bee species are considered endangered, 40 of them are extinct or missing.

The fact that golf courses could make a significant contribution to preserving the species was also shown by the inventory survey carried out at the same time on the Thalkirchen golf course, which belongs to the Munich Golf Club . 58 wild bee species were discovered here. The study by the German Wildlife Foundation also has tips for both golf clubs on how to make the golf course habitat even better for wild bees – without disturbing the golfers’ play in any way. The networking of wildflower creatures with wild herb areas is just as much a topic as the creation of further piles of dead wood or the planting of flowering shrubs such as the sloe. However, one thing is already certain: wild bees clearly feel they are in good hands here.

One of the sunny meadows of the GC Feldafing at track 17 next to the driving range. The wild bees feel particularly comfortable in this area.