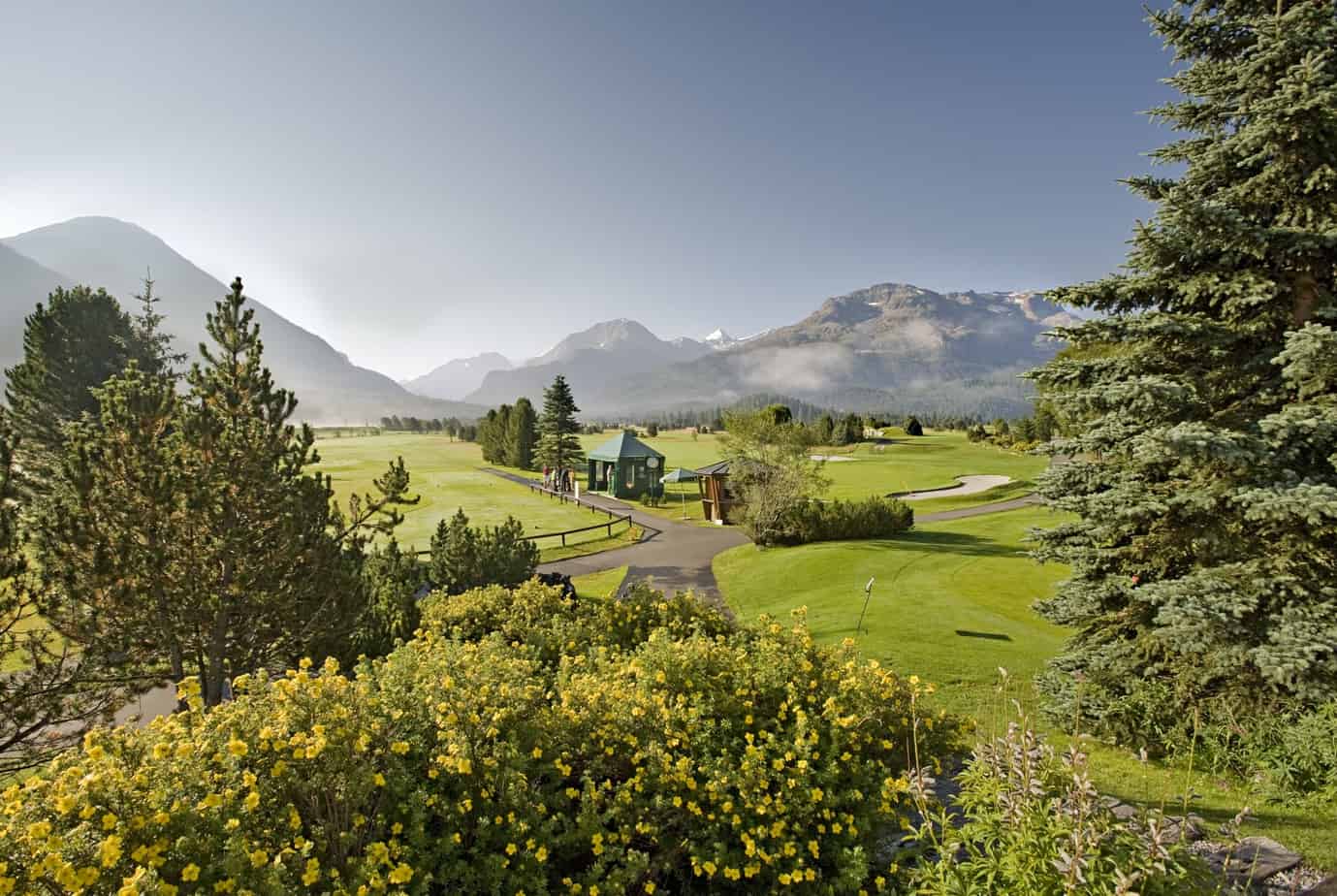 Anyone who plays one of the highest golf courses in Europe knows that the vegetation here is different. In the Engadine Golf Club in Samedan, not far from St. Moritz in Switzerland, you will find stone pines and larches. Mountain pines are typical in the Upper Engadine region – but how do they react to changing climatic conditions? Questions that students from the ETH Zurich, one of the leading technical universities in the world, are now investigating as part of a project on the golf course in cooperation with the Headgreenkeeper Alfi Stoisser .

The focus of the project on the oldest golf course in Switzerland is the buffering effect of the trees, which absorb water, cast shadows and cool the area on hot days through transpiration. The idea is to place an island of four to six young trees on the tees in such a way that they serve three purposes. Firstly, they should not cast any shadows on the green in spring and autumn. Secondly, in the height of summer, ideally from 2 p.m., they provide shade over a large area of the tee. Third, they don’t interfere with the golfer’s game. In the next phase, angles of incidence and shadows cast will be calculated for three locations on the square based on the position of the sun at different times of the year, in order to then carry out the appropriate planting. “To avoid a monoculture, for example, a mixture of larch and upright mountain pine is possible,” says Alfi Stoisser.

The new ETH project with the Engadine GC could also be used as a basis for other golf clubs in similar locations, since the issue of climate change affects all clubs in Switzerland. In the meantime, the Engadine Golf Club is primarily experiencing problems with water seepage during particularly heavy rainfall, which is becoming more and more frequent. “Years ago, the usual land rain could seep into the ground very well, but now sometimes 30 to 60 liters of water per square meter fall,” says Alfi Stoisser, who has been tending the square in Samedan for more than 20 years and can classify changes accordingly. For him and his team, aerating is a regular – and tedious – job. The soil is loosened, about 400 holes up to 15 centimeters deep are punched per square meter and filled with sand. This guarantees better drainage of the water.