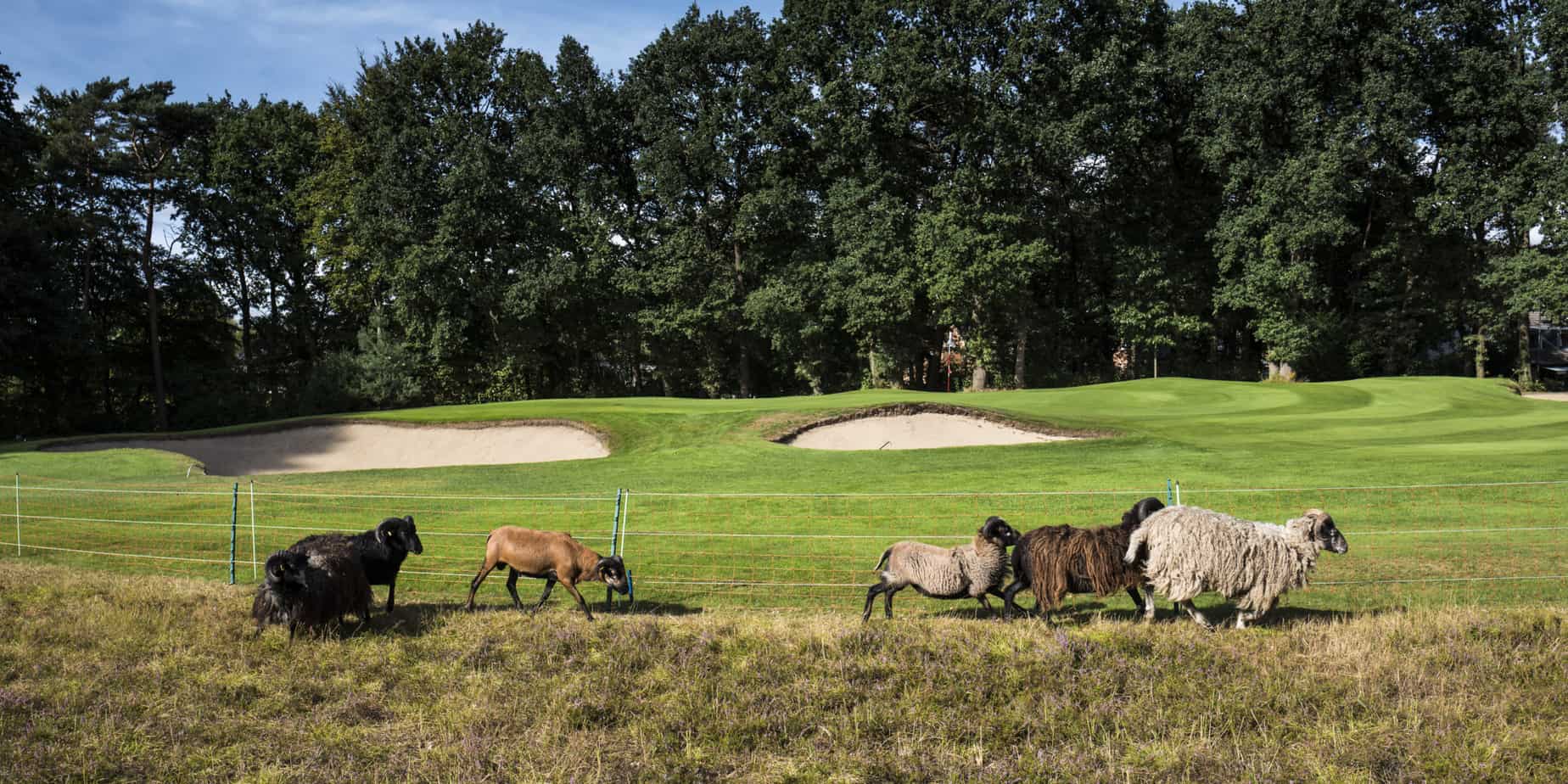 The sheep becomes a crowd favourite in golf

Now that they’re gone, you can only really see their real value: “The flock of sheep actually always did a great job of clearing the bushes,” says Stephan Dörsam, site manager at GC Lohersand in Schleswig-Holstein. The 18-hole golf course, which probably has the largest heath area on a German golf course, has to do without the sheep, which in previous years carefully ate away all the small shoots and stalks between the heath. “Since the state forests in Schleswig-Holstein have been paying relatively well for sheep grazing and the shepherds have been able to choose their area of work,” the previous shepherd has mainly moved to the state forests and no longer has time for the golf course. Now greenkeeper Hartwig Klein and his team have to ensure that the lush heathland doesn’t overgrow. An extreme effort that the club is trying to avoid by signing a new shepherd soon.

Sheep are in love with details. They specifically look for small shoots, very cleanly eating away all the green stuff that they like. The only thing they don’t like is thistle stalks. That is why they usually stand up bare-eaten. For golf courses with heath areas, Heidschnucke are often part of the greenkeeping staff. “Our Heidschnucken have been coming to the facility for years,” sums up Peter Thannhäuser, board-member of the Hamburg GC Falkenstein. “We just learned over time. Ideally, the sheep should be sent to the heath in the spring. Otherwise it can also happen in summer that the sheep eat away all the blossoms.” 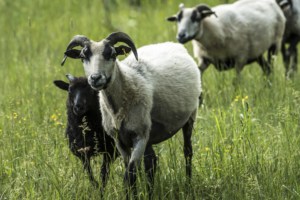 Sheep farming at the Hamburg GC Falkenstein is not an isolated case. The use of flocks of sheep on German golf courses has been in vogue for several years and is increasingly gaining momentum. Where a flock of sheep used to be dismissed as s crazy eco-idea, the animals have now asserted themselves on German tournament grounds. The farm animals graze both on the courses of the Green Eagle Golf Courses , venue of the Porsche European Open, and in the GC St. Leon-Rot , venue of the 2022 European Team Championship for boys.

Karsten List, who is primarily responsible for the program “Golf & Nature” at GC St. Leon-Rot, has only had the sheep on the course since 2021. But his summary was positive right from the start: “We save ourselves the time-consuming task of mowing the rough areas, and the sheep are a hit with the members.”

“Everyone here talks about the sheep,” sums up club manager Markus Loeffel from GC Altötting-Burghausen, where Quasenschafe look after one hectare of land. “You save around 1000 euros in personnel costs for mowing work,” he sums up. “And it’s great for our reputation in the region.”

The Bavarian GC Lauterhofen was one of the pioneers in sheep farming right from the start, which was able to perfectly maintain the typical barren Jura landscape in many areas thanks to the Heidschnucke sheep. Numerous biotopes are never overgrown thanks to the flock of sheep that greenkeeper Josef Ehrnsberger keeps in the stable himself and also takes care of throughout the winter.

However, the year-round attitude that Ehrnsberger operates is not advisable for most clubs. Here the greenkeeper is also a farmer, is familiar with livestock farming and can therefore look after the animals all year round. In general, however, he can only recommend cooperation with shepherds.

The arguments in favour of sheep grazing are manifold: savings in workload when mowing, no accumulation of clippings, increase in member satisfaction, image gain in the region and increase in biodiversity are the most important. “In many places, grazing and the associated keeping of areas open is a prerequisite for certain species to settle and survive. They in turn promote the quality of the grassland,” states NABU, for example.

Other factors speak against keeping sheep: “It’s a bit more work,” says Christian Büker from GC Salzuflen in North Rhine-Westphalia. Finally, you have to take a look at the fences, every now and then an animal escapes. In addition, the animals have to be relocated to new areas about every two weeks.

In the end, however, for most golf courses that are already dealing with the topic, the plus points outweigh the negative ones: “From an ecological point of view, we are still more than enthusiastic about the topic, even if it does not bring any economic advantage,” sums up Alexandra Schöning from Green Eagle Golf Courses . After all, 500 sheep are in action here – and have been since 2019.