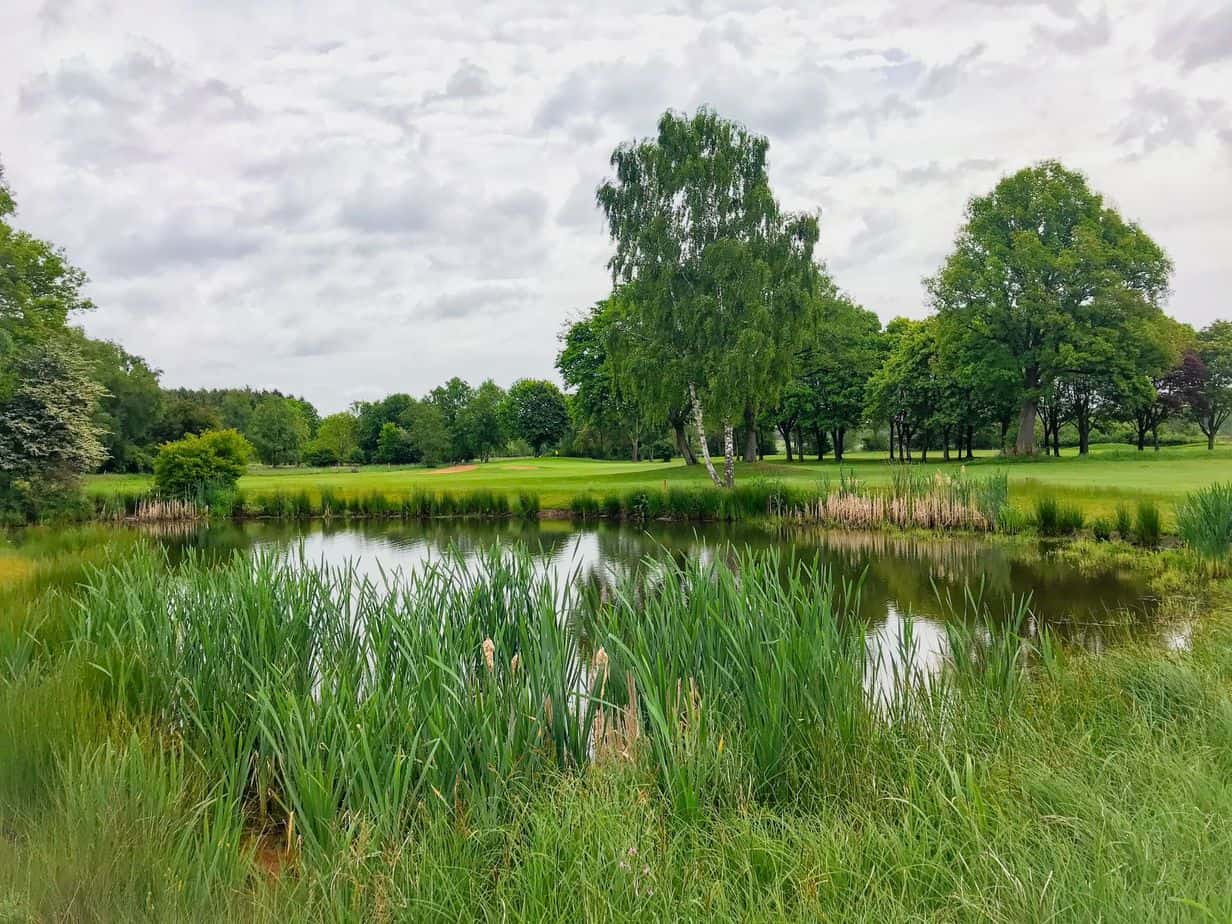 It will be exciting. Alexander Schütt, site chairman of the GC An der Pinnau in Quickborn, relies on a bit more digitization in the greenkeeping of his home club. The introduction of the greenkeeping software Punctus means a step towards more professionalization for the traditional club, which has had gold certification from the Golf & Nature program since 2017. “As we go live with the new software, we’re taking a look at a lot of little things and seeing how effective they are in the end. There are numerous, small processes that make work easier.” Schütt is excited to see how the change will affect many areas of greenkeeping. At the end of the day, what matters to him, is the optimization of work processes, the possibility of saving time and money and, ultimately, increasing quality.

“For me, quality means being able to harmonize everything,” he explains his approach. Topics such as nature, resources and climate are not alien to him. The trained geoscientist works professionally at the Institute for Soil Science at the University of Hamburg, including topics such as soil water availability or drought stress in trees. In this respect, the assumption of the task of groundskeeper was obvious, when a new board of directors was elected at An der Pinnau.

Every detail is questioned

“We have been dealing with many changes in the club since the end of August last year,” explains the newly elected President Brigitta Wurnig. “We turned a lot of stones in the first three months.” The objective is on the one hand an even higher level of member satisfaction and on the other hand the acquisition of new members.

The theme of Golf & Nature plays an important role. Schütt has no shortage of ideas: At the moment, for example, he is thinking about using sheep to optimize the management of the extensive areas. He could imagine a renaturation of the Pinnau, at least in the area that lies along the golf course. From his point of view, the networking of biotopes can be expanded, but above all he is concerned with improving communication.

“The information about the measures is crucial, because only then can we create understanding,” he explains. After all, the club is not lacking in projects that have already been carried out: last year, an emergency route plan for the golf course was implemented with the help of GPS points. The harvest on the meadow orchard for charitable purposes went well again. In addition, it was possible to get numerous club members enthusiastic about hands-on activities. The liberation of the shallow water biotopes from bushes, for example, ensured that the greenkeeping team was relieved considerably. According to Schütt, such positive results should be communicated more intensively in the future to make it clear that both golfers and nature benefit from a sensible combination of projects.

More variety on the tees

His colleague Magdalena Overmann, as deputy chairman, relies on the same concept: information and communication should make meaningful innovations easier for the club with its around 1300 golfers. A new concept of tee boxes is an essential aspect. Gender-free is the slogan that has long played a major role internationally, but has hardly caught on to German golf courses to date. It’s about giving each player a variety of course options by measuring different tees. As a result, women are no longer fixed on the red and blue tees, and men are no longer fixed on yellow and white. “The colors are so firmly anchored in people’s heads,” says Overmann, summing up the discussion of the topic so far. She has recognized that introducing a change here is not easy.

“We will form a project group this year to deal with the topic. The topic must be properly prepared. In principle, however, our aim is to enable members to have more fun with the game and to offer more variety.” In the end, she is convinced, the numerous members who do not play in teams would benefit most from this sustainable approach.

The board of directors has not yet given a fixed date for the introduction. According to Wurnig, changes are always a process. Although an association is a small company in terms of budget, in the end it is much more about personal attention than in business. Otherwise, as she knows, a change process will quickly come to a standstill.