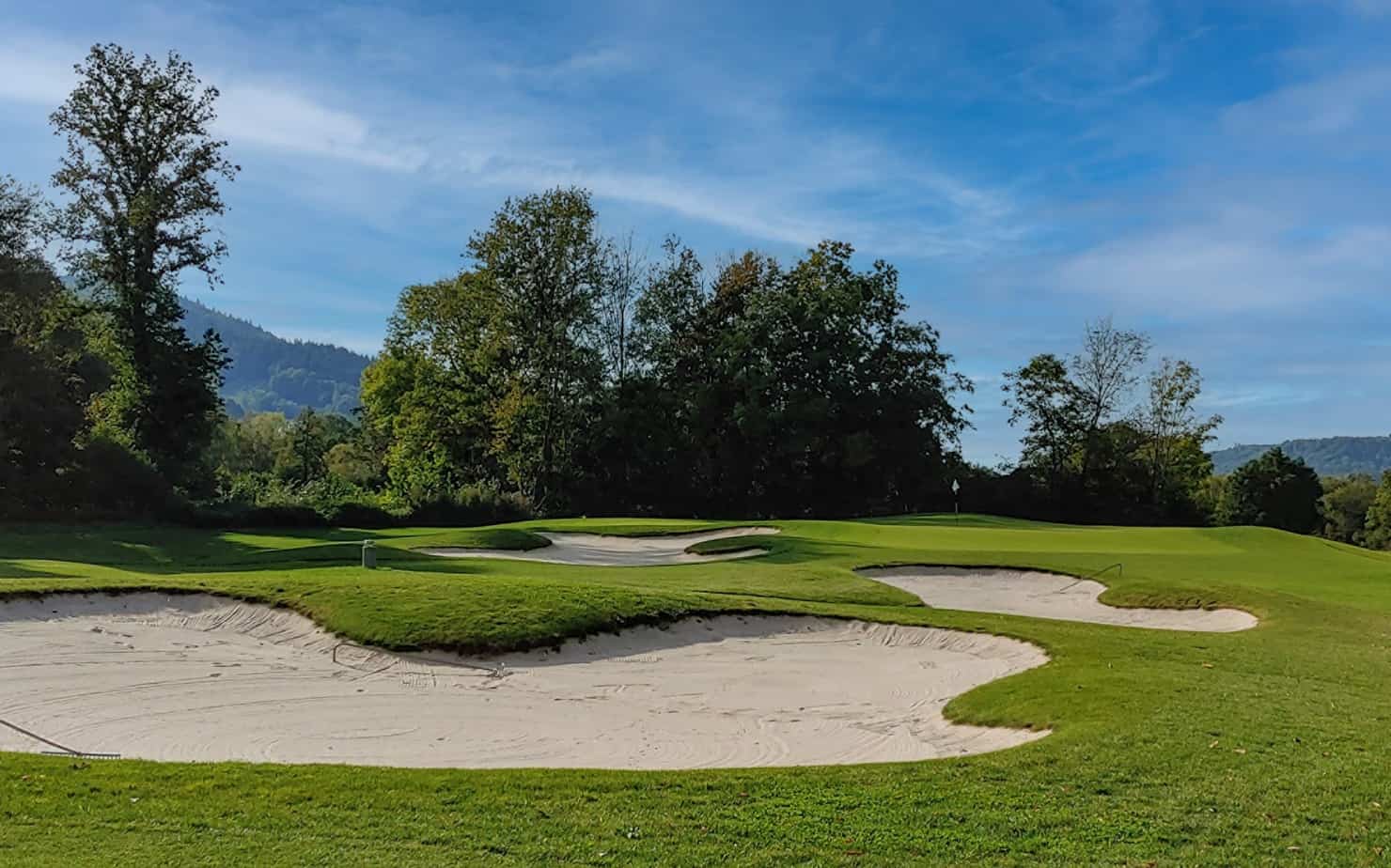 Georg von Oppen is standing on a flat meadow near Kirchzarten. Solid green and brown now in fall. Only on closer inspection do you notice the shading of the stripes running through the middle of the meadows. “Things have already developed very well here – and it’s getting even better,” sums up Georg von Oppen, President of the Freiburger Golf Club, which is a few minutes’ drive away. He has become familiar with the topic of biodiversity in compensation areas in recent years.

Redesign of the facility since 2019

Anyone who is currently talking about the traditional club in the Black Forest actually thinks less about plants such as the large burnet, lady’s mantle or meadow knotweed. At the Freiburger Golf Club, the newly designed greens are eye-catchers, as are the modern bunker areas and the new opening holes one and two. Since 2019, the facility has undergone a redesign of the 18 holes in order to make the step into the first league of German facilities. Golfers are hardly aware that the theme of meadows played a significant role in this.

Upgrading of the meadow areas

In fact, however, the approval of the conversion measures was also linked to a project to significantly upgrade the adjacent meadows and outdoor areas. The inventory in June 2015 by the Kaiserstuhl Nature Center was clear. “The vegetation structure of the single-track, unfertilized meadows of the golf course provides favorable living conditions for many species.” They were rated “Conservation Status A”, the top grouping. The areas adjacent to the golf course, on the other hand, as well as the compensation areas used for agriculture, were largely classified as C, i.e. poor in terms of biodiversity. They should be improved.

Six years later, the situation has changed significantly. In recent years, so-called milling strips have been created on the compensation areas outside the golf course, and in 2017 and 2018 they started with newly seeded areas of 12,300 square meters. The seed for the milling strips comes from one of the species-rich meadows within the golf course. Here the crop was threshed, the seed collected and mixed with other typical seed types and then sown on new areas.

The result is impressive: “The species inventory is clearly improved compared to the initial state,” according to an inventory in 2019. The number of species on the plots has increased from an average of 13 to 30, and the quality of the plots has largely changed from status C to status B.

The same applies to the area that the golfer has a far better view of. With the help of a biologist, the golf club now has far more species-rich meadows than before, in addition to the golf courses. This does not impede gaming operations, and in addition to biodiversity, the visual appearance has also improved.

This development should continue both on the meadow areas outside and inside the golf course through further thinning and timely mowing of the areas. This, according to the prognosis after the last inventory, will “promote and promote the further spread of the desired species in the area every year.”

The golf course redesign as a win-win situation for golfers and conservationists, this is how Georg von Oppen experienced this development. Without the conversion measures, there would probably have been little thought to increasing the diversity of species on the meadows around the golf course. Now the President is quite enthusiastic about the meadow herbs that are also developing on the compensation areas. “You get an eye for it over the years,” he says. The great burnet is no longer on the retreat here.